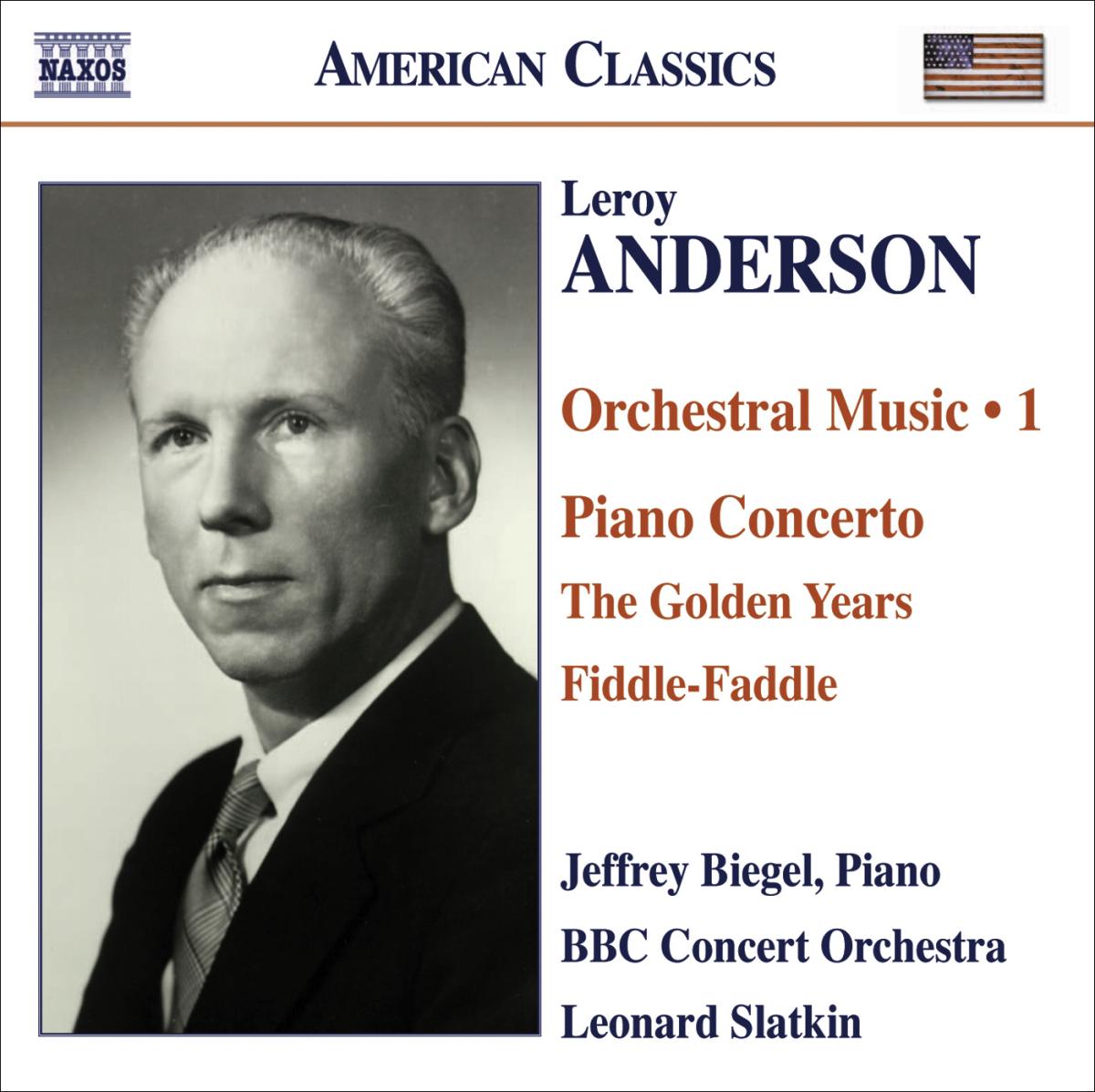 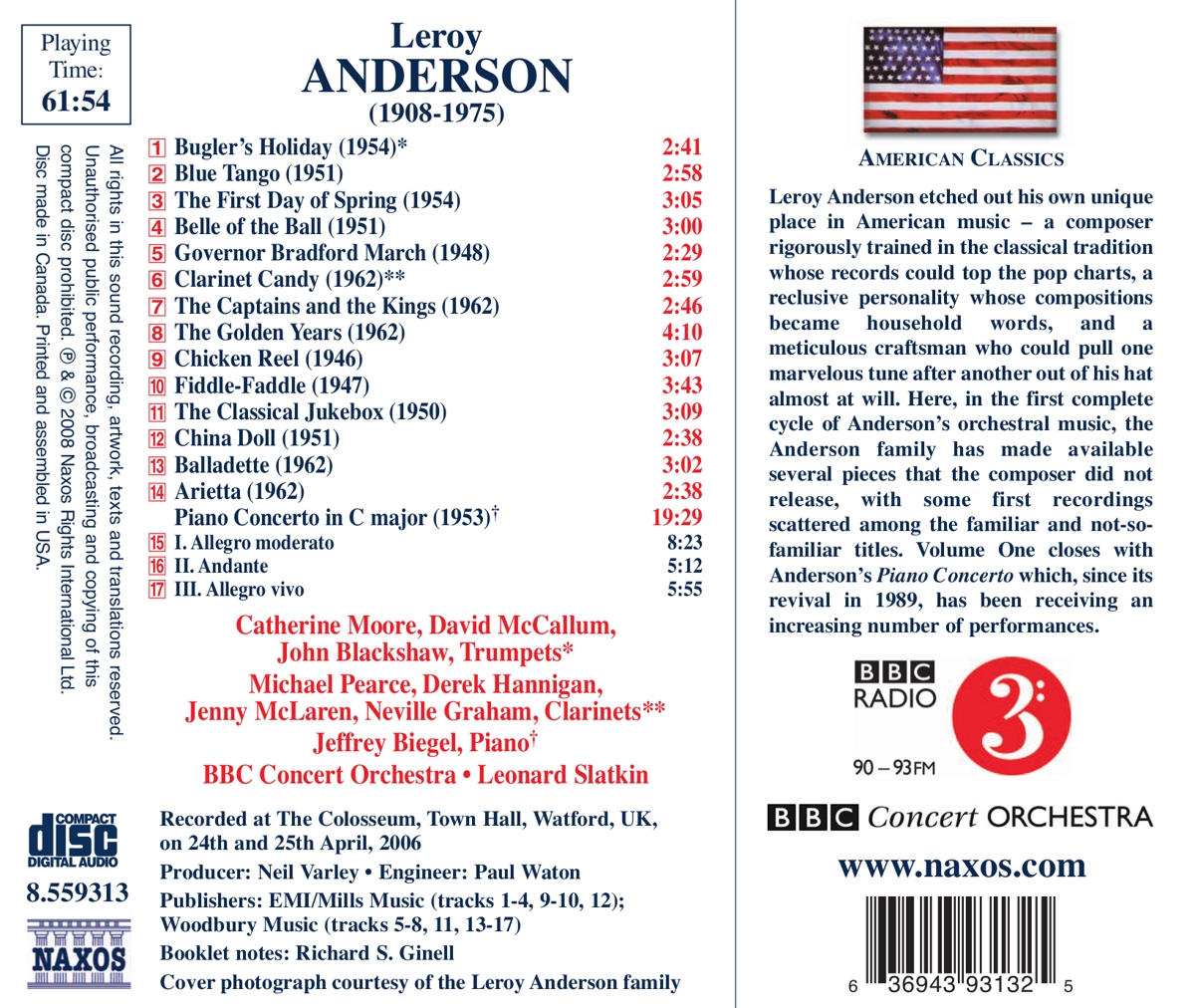 Bewertung:
umgehend lieferbar, Bestand beim Lieferanten vorhanden
EUR 12,99*
Versandkosten
Leroy Anderson etched out his own unique place in American music - a composer rigorously trained in the classical tradition whose records could top the pop charts, a reclusive personality whose compositions became household words, and a meticulous craftsman who could pull one marvelous tune after another out of his hat almost at will. Here, in the first complete cycle of Anderson's orchestral music, the Anderson family has made available several pieces that the composer did not release, with some first recordings scattered among the familiar and not-sofamiliar titles. Volume One closes with Anderson's Piano Concerto which, since its revival in 1989, has been receiving an increasing number of performances.