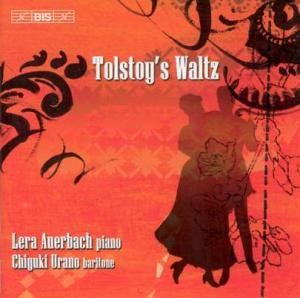 Apart from being icons of Russian culture, what did Leo Tolstoy and George Balanchine have in common? Or Boris Pasternak and Sergei Diaghilev, for that matter? The answer is music. These four and the other authors, poets and painters represented on this disc were all passionate music lovers, and at some point in their lives they all composed. Some of them (Pasternak and Balanchine, for instance) at one stage studied music at conservatory level, others, being members of the aristocracy (such as Tolstoy and the early 19th century playwright Alexander Griboyedov) received a musical education as children. (Griboyedov at one stage actually took lessons with John Field.) And others again, like Pavel Fedotov, the founder of the realistic school of painting in Russia, were self-taught as musicians. With these different backgrounds in mind, it is only natural that the music they wrote is highly varied – from typical salon miniatures to the Scriabinesque works by Pasternak, via Fedotov's romances, closer to folk-song than to art song. These differences notwithstanding, and with the obvious reservation that these pieces cannot equal their composers' achievements in their respective specialist fields, ›the fact remains that their music was not isolated from the activities of professional musicians or the rest of Russian cultural life‹, as Marina Tiourcheva points out in the liner notes. And who could be a better exponent of this aspect of Russian cultural life than Lera Auerbach? A pianist and composer (her Twenty-Four Preludes for Violin and Piano has been released on BIS-CD-1242) of increasing renown, she is also a respected author who already in 1996, at the age of 23, was named Poet of the Year by the International Pushkin Society. In the songs included in this programme, Lera Auerbach is joined by baritone Chiyuki Urano, who has participated as soloist on a number of BIS recordings with Bach Collegium Japan.

»I was knocked for a loop by a new Bis CD by pianist Lera Auerbach called Tolstoy's Waltz. My impression that the title was mere metaphor gave way as I finally deigned to given the thing a closer look, and yes, the author of War and Peace did actually write a waltz, and Ms. Auerbach has recorded it. Not only that, there are two preludes and a sonata here by Boris Pasternak … Apparently any educated 19th century Russian of artistic bent played Beethoven's sonatas passably well and tried his hand at composition just to see, you know, if he had a knack for it … And I'm glad that people like Lera Auerbach are taking care of the musical estates of great writers and painters and thinkers, no matter how slim their content.« ArtsJournal. com, 24 November 2005