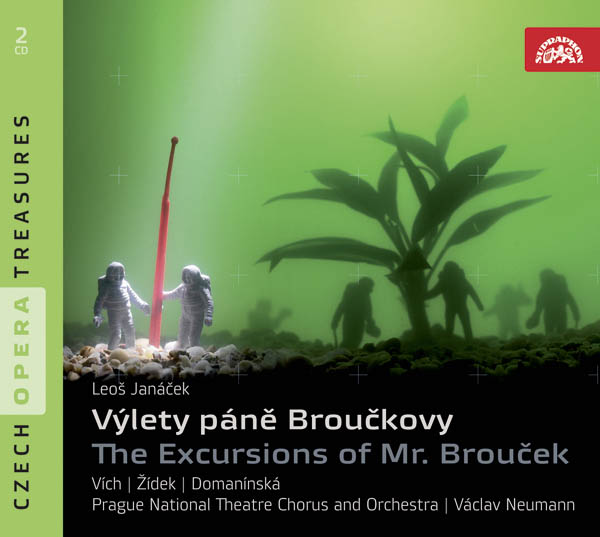 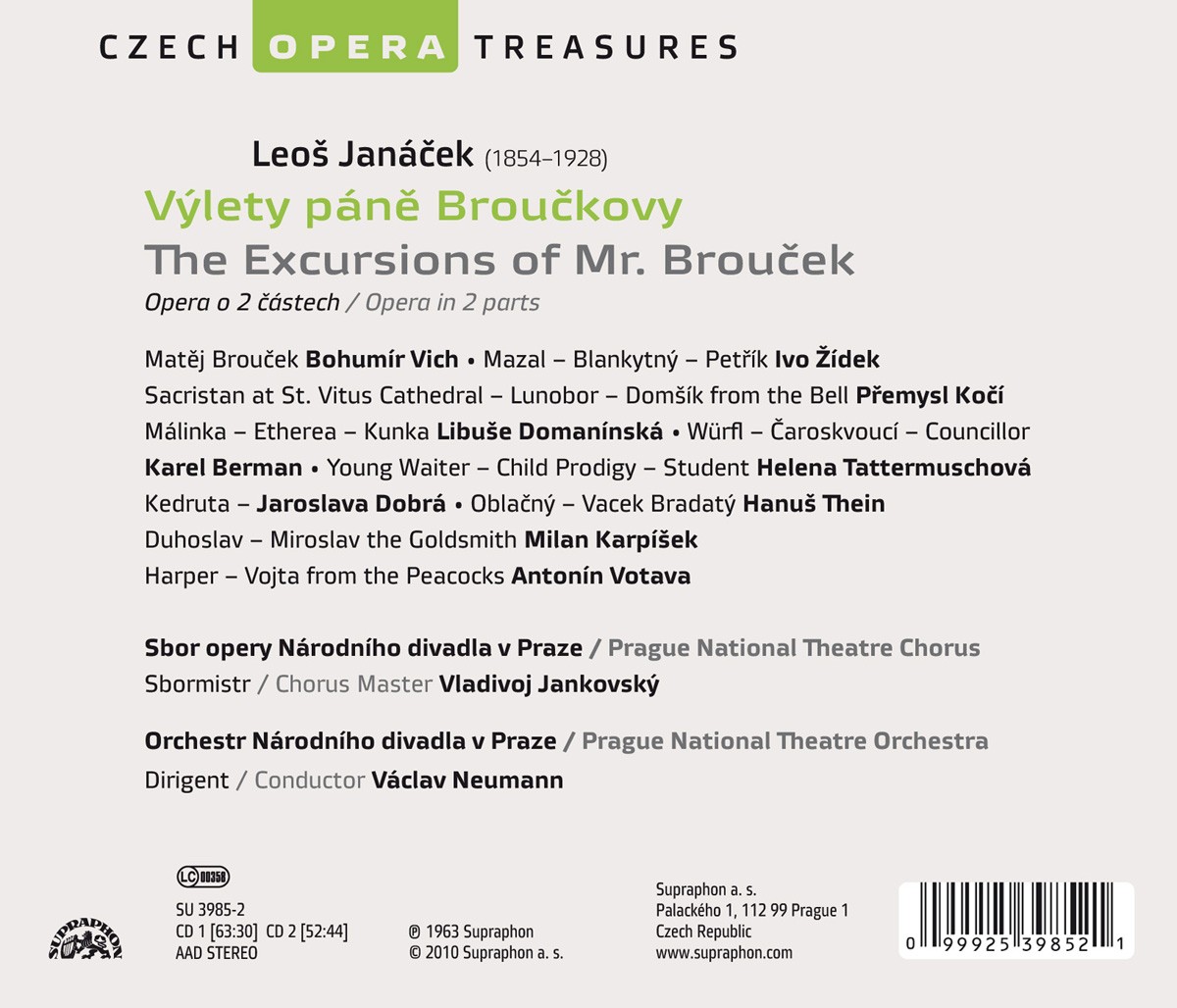 Bewertung:
umgehend lieferbar, Bestand beim Lieferanten vorhanden
EUR 16,99*
Versandkosten
The unusual subject matter and original structure of Leos Janacek's only comic opera The Excursions of Mr. Broucek are remarkable additions to the composer's long list of pioneering moments. The score simmers not only with the creativity of his musical ideas, but with reminiscence and anticipation as well. Both excursions of the Prague landlord Matej Broucek hold up a period mirror to the ignoble side of human nature and behavior. Though the first Czech recording was made in an era which demanded certain changes in the libretto and some condensing, the work as a whole did not suffer. Janacek's sophisticated humor is applied with a gentle touch, his satire is tempered with compassion, and his irony encourages self-reflection. The tone of the work is surprisingly close to the tolerant modern view of Mr. Broucek's character, of artists isolated from the normal world and our conception of the moral strength of our forefathers. The opera was intended for Prague and also received its premiere there at the National Theater on March 23, 1920 in a production by Otakar Ostrcil. Part of Supraphon's Czech Opera Treasures series, this CD presents a never before released 1963 recording by conductor Vaclav Neumann with Bohumir Vich in the title role.