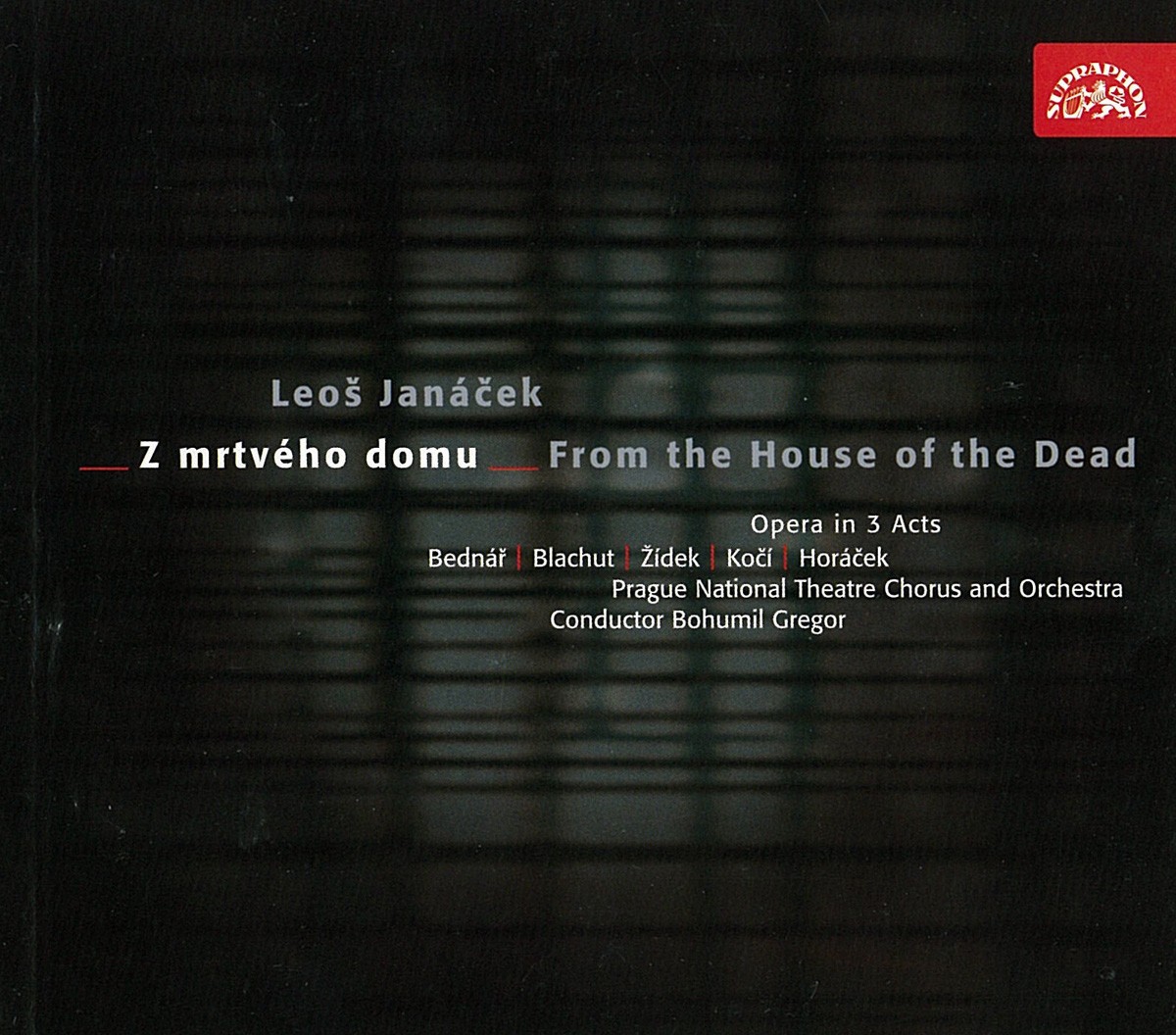 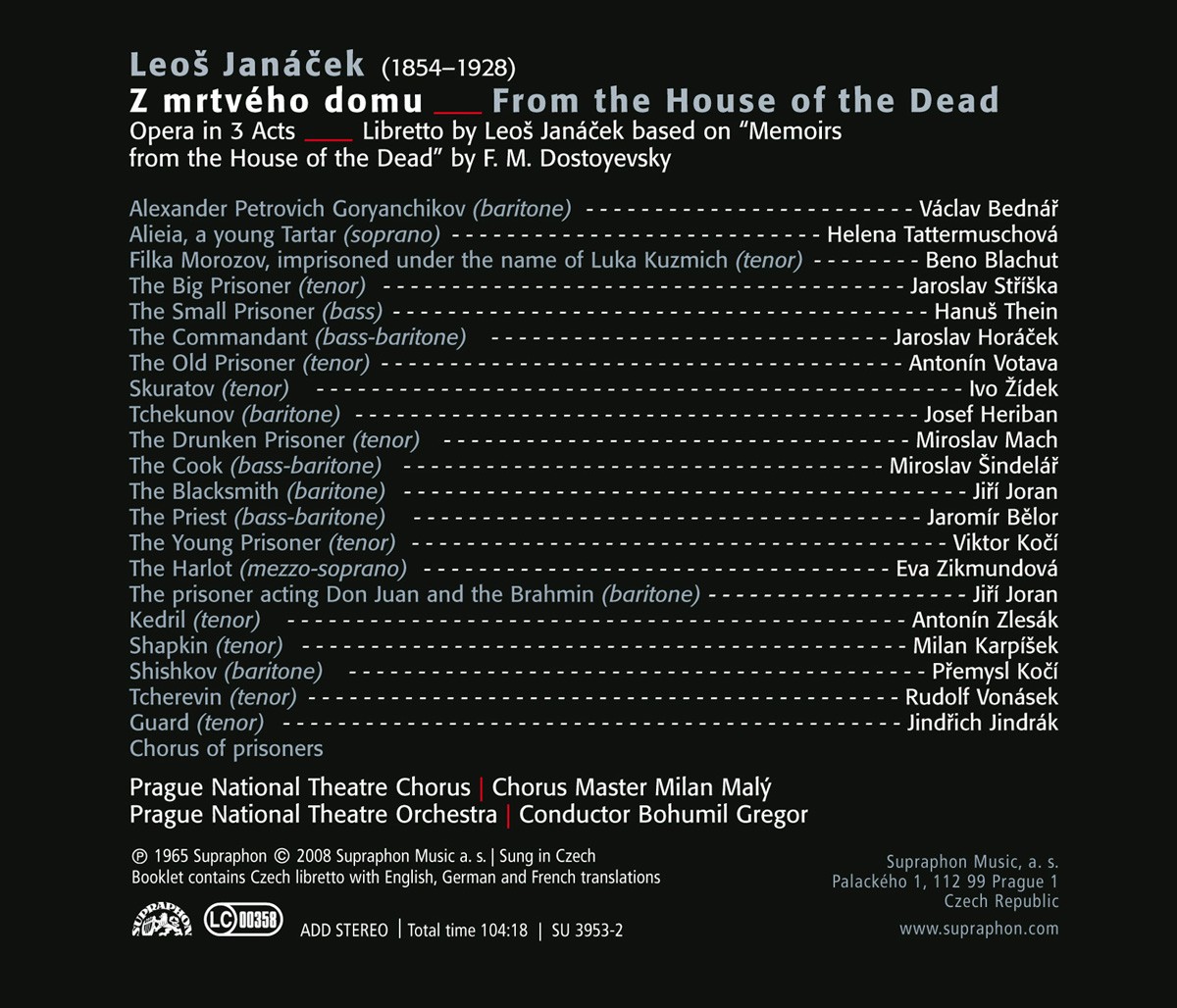 This is the first CD release of the legendary 1964 production of Janacek's last opera by Bohumil Gregor and soloists of the National Theater. The vinyl release was awarded the prestigious Grand Prix du disque lyrique in Paris in 1978. The cast and direction of the recording reflect the National Theater production which premiered in April, 1964, breaking new ground in the interpretation of this work. Janacek wrote his last opera towards the very end of his life, and it wasn't premiered until 1930, two years after his death. He sketched out the script and wrote the libretto himself, basing it on Dostoevsky's novel The House of the Dead, which takes place in a Siberian prison camp, describing the fates of individual prisoners. The work is full of immense compassion for human suffering in that each of the stories demonstrates that a harsh environment and poverty were the main causes of the prisoners' crimes. This well-preserved recording not only presents a period interpretation of Janacek's work and the superior quality of the National Theater ensemble, but also an extraordinary musical experience, thanks to the unforgettable vocal performances.