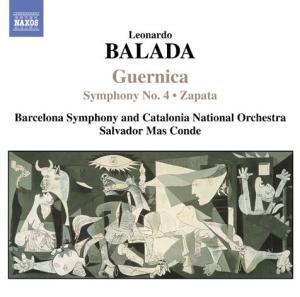 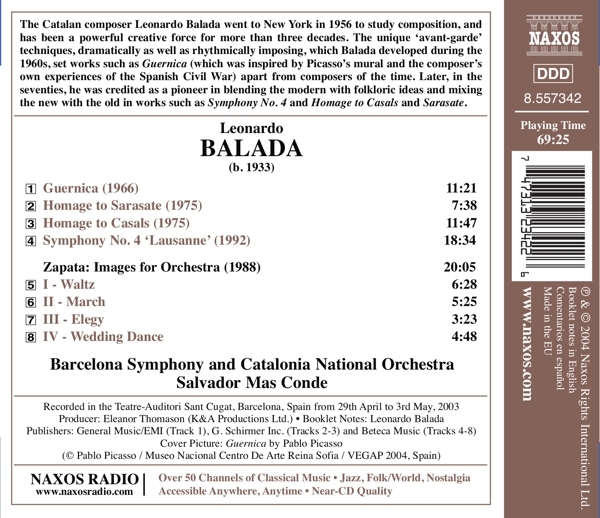 Bewertung:
versandfertig innerhalb von 1-3 Tagen
(soweit verfügbar beim Lieferanten)
EUR 9,99*
Versandkosten
The Catalan composer Leonardo Balada went to New York in 1956 to study composition, and has been a powerful creative force for more than three decades. The unique 'avant-garde' techniques, dramatically as well as rhythmically imposing, which Balada developed during the 1960s, set works such as Guernica (which was inspired by Picasso's mural and the composer's own experiences of the Spanish Civil War) apart from composers of the time. Later, in the seventies, he was credited as a pioneer in blending the modern with folkloric ideas and mixing the new with the old in works such as Symphony No. 4 and Homage to Casals and Sarasate.