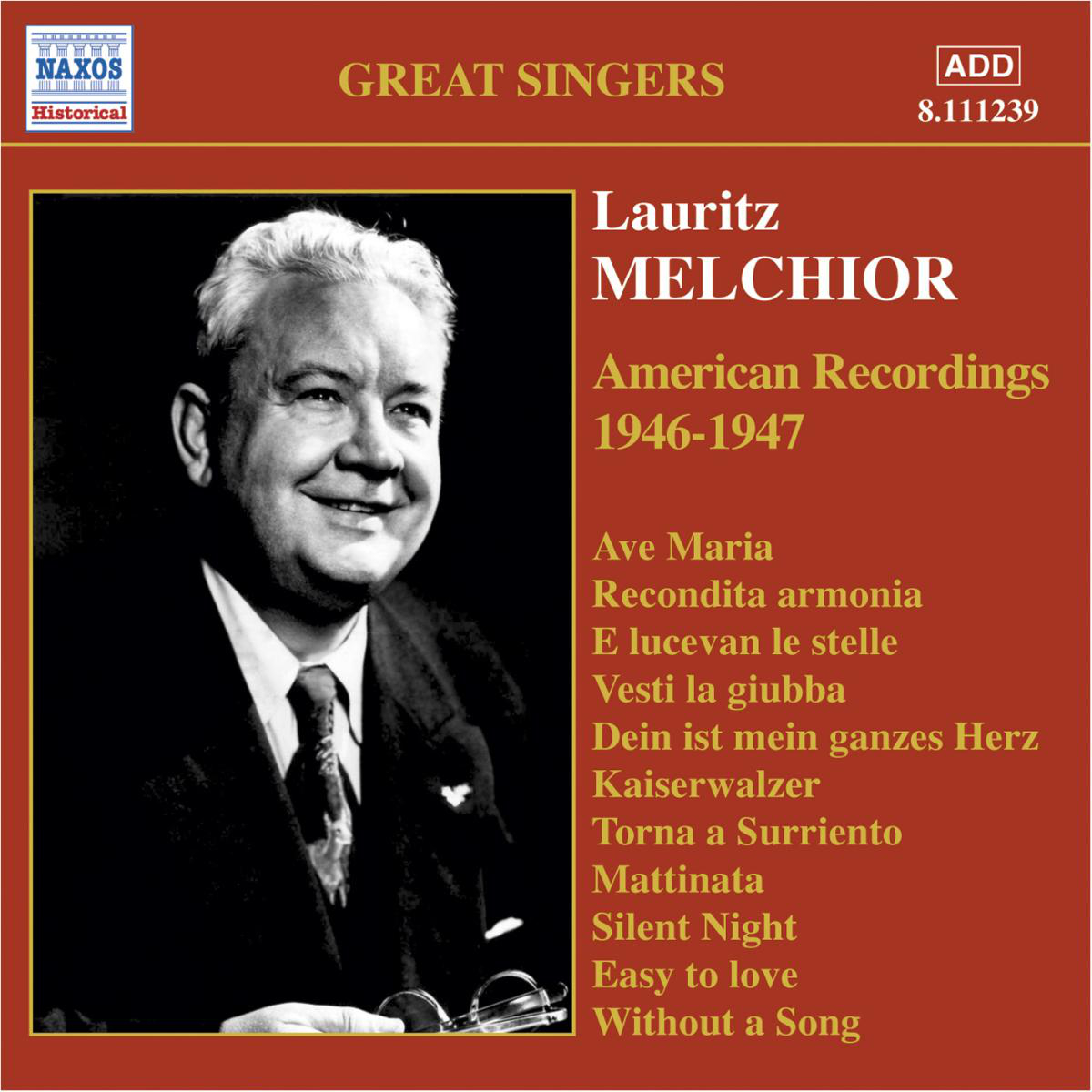 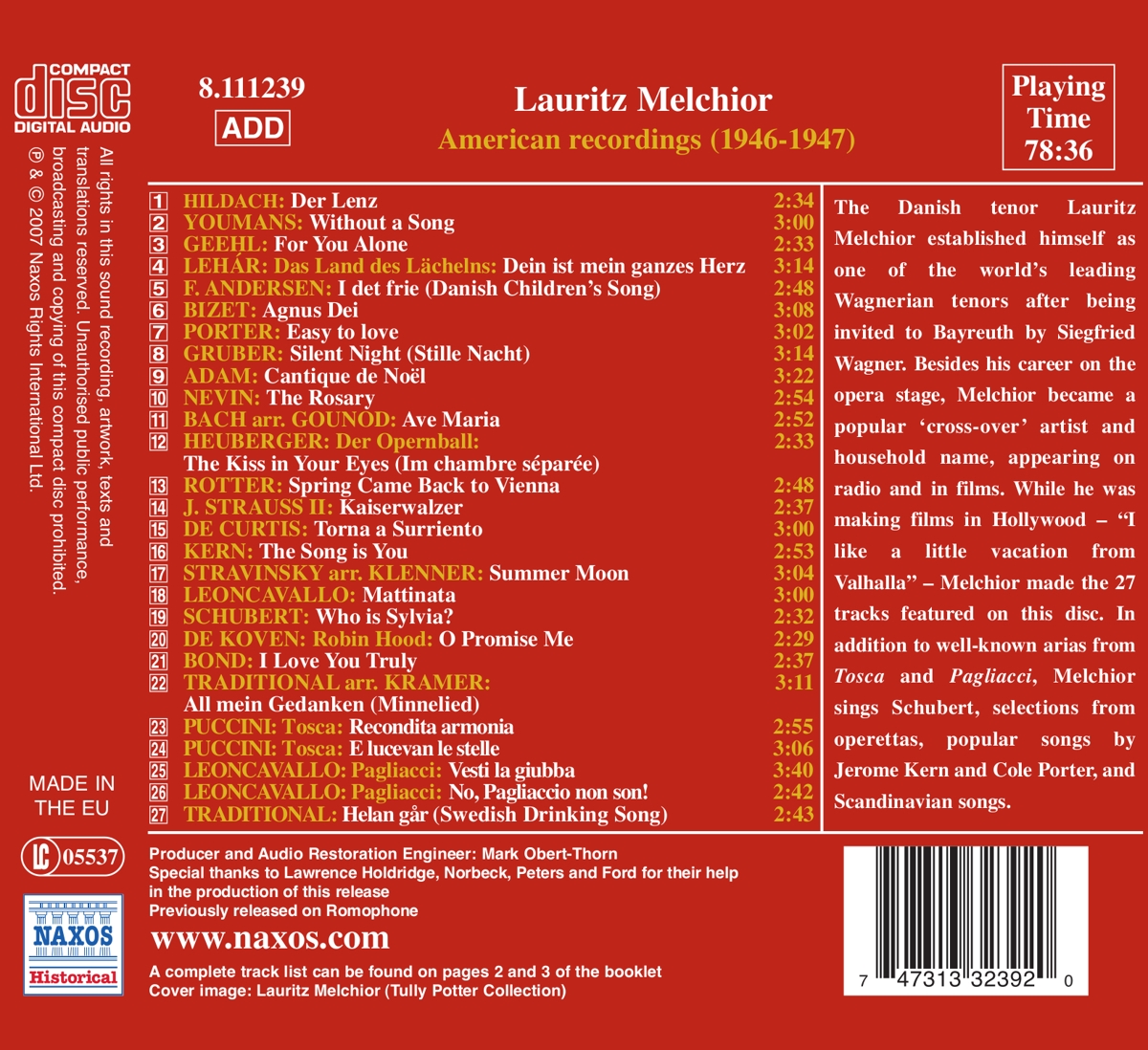 Bewertung:
umgehend lieferbar, Bestand beim Lieferanten vorhanden
EUR 7,99*
Versandkosten
The Danish tenor Lauritz Melchior established himself as one of the world's leading Wagnerian tenors after being invited to Bayreuth by Siegfried Wagner. Besides his career on the opera stage, Melchior became a popular "cross-over" artist and household name, appearing on radio and in films. While he was making films in Hollywood "I like a little vacation from Valhalla", Melchior made the 27 tracks featured on this disc. In addition to well-known arias from Tosca and Pagliacci, Melchior sings Schubert, selections from operettas, popular songs by Jerome Kern and Cole Porter, and Scandinavian songs.