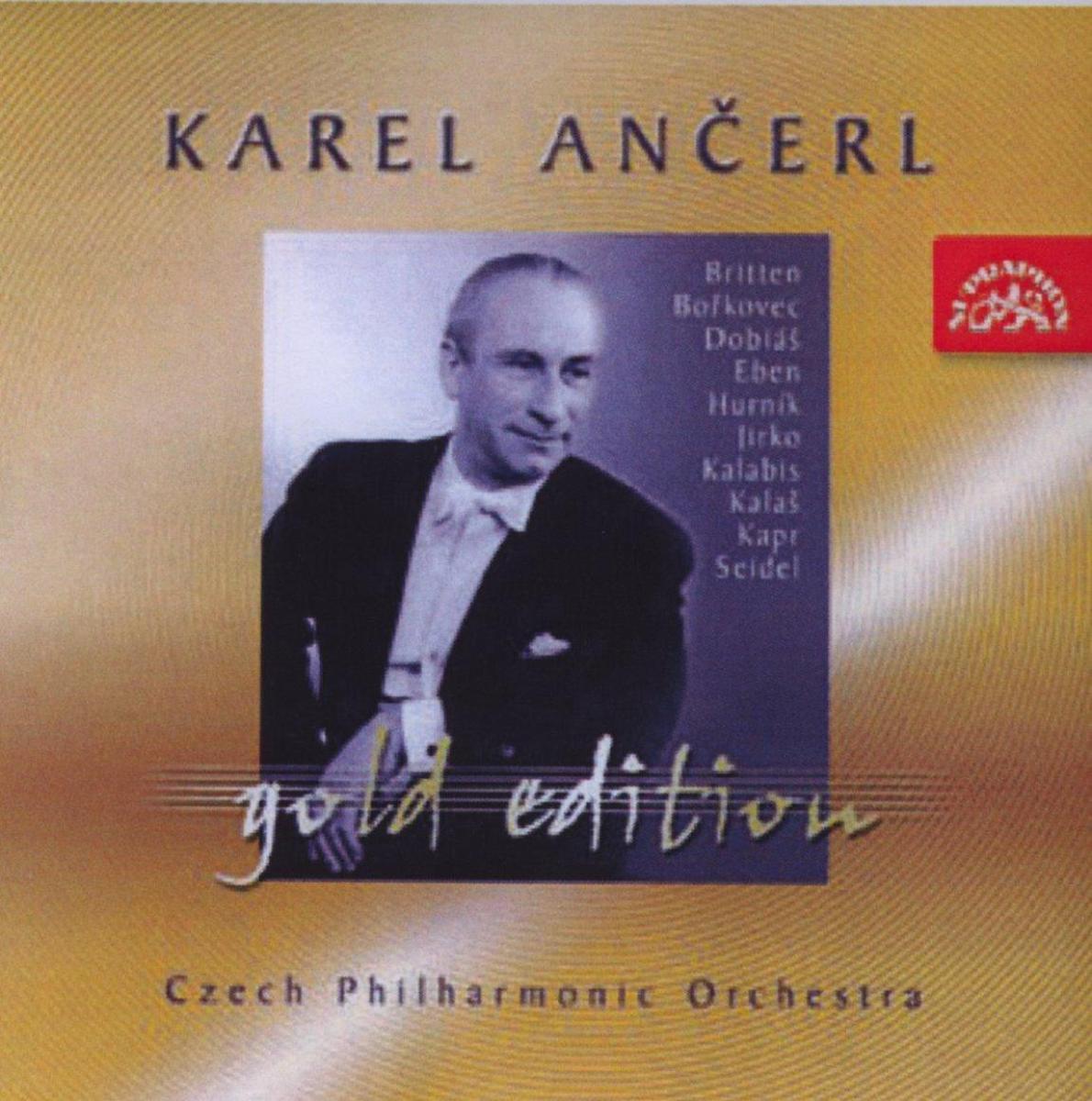 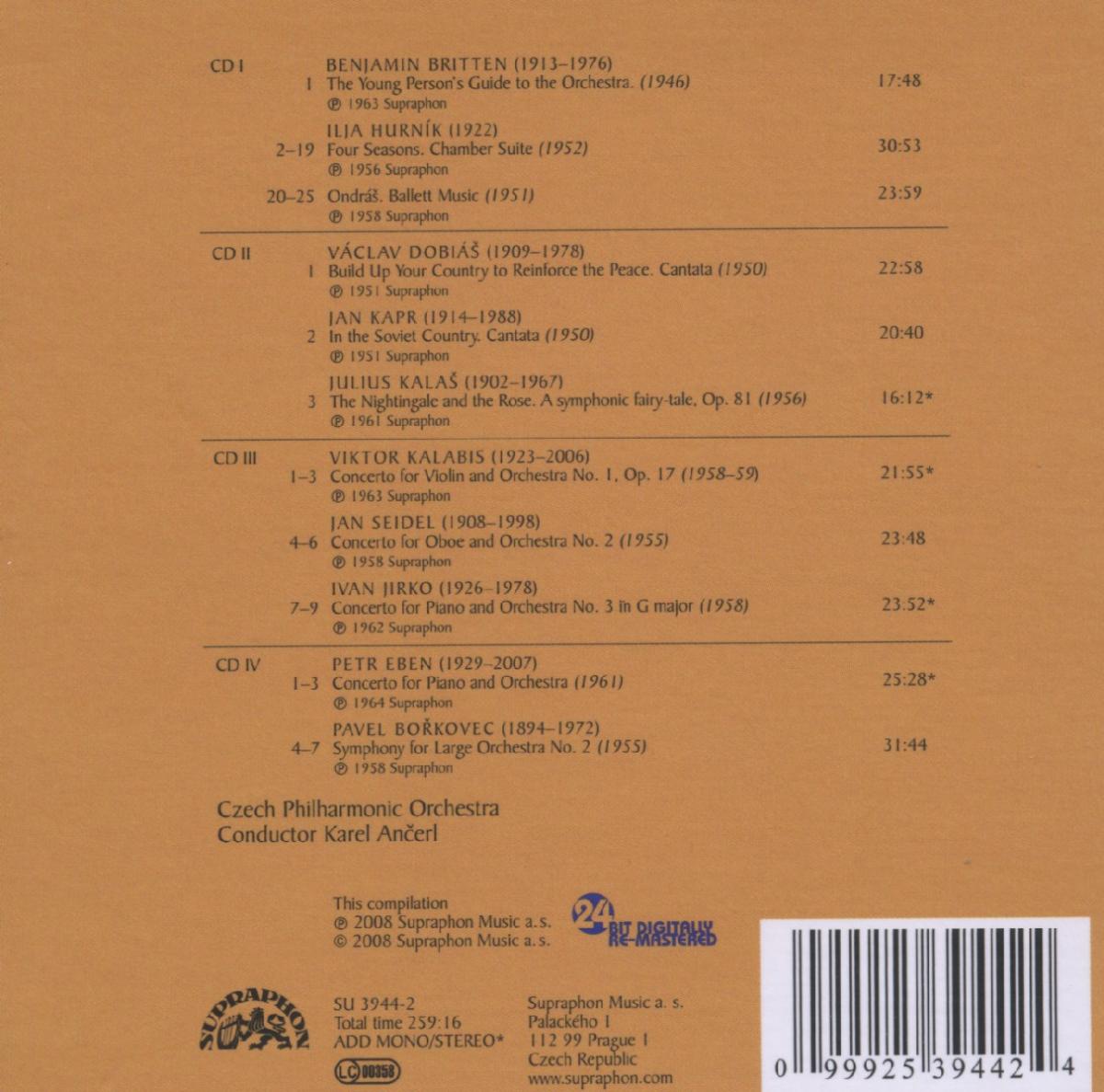 On the occasion of the centenary of the birth of the conductor Karel Ancerl the "final word" remains to be said within the Ancerl Gold Edition. The four CDs sum up the work of Ancerl's contemporaries, with the exception of Britten's "The Young Person's Guide to the Orchestra", that of Czech composers. The set bears unprecedented witness to the 1950s and 1960s, the period when the Communist powers that be decided on taste and composition trends, and when the criterion for acceptance or rejection of a work was its "mass appeal" and the degree of consonance with the "Socialist Realism" style. The excellent Czech Philharmonic Orchestra with its internationally sought-after conductor is here involuntarily in the services of propagandist kitsch (Dobias's cantata "Build Up Your Country to Reinforce the Peace", Kapr's panegyric cantata "In the Soviet Country"). However, concurrently originating were also a number of recordings of remarkable works by composers who were able to withstand ideological pressures. Alongside folklore inspiration (evident, for example, in the ballet "Ondras" by Ilja Hurnik and Seidl's oboe concerto), neoclassical influences and "genetic" linkages to the work of Janacek, Dvorak, Suk and Novak were still palpable, while also present was the seeking of a singular and contemporary musical language (Eben, Borkovec, Kalabis). Paradoxically, today's young composers could envy their counterparts of half a century ago - many a time their compositions experienced paramount concert performance and recording within a short time from the last note drying out in the score.