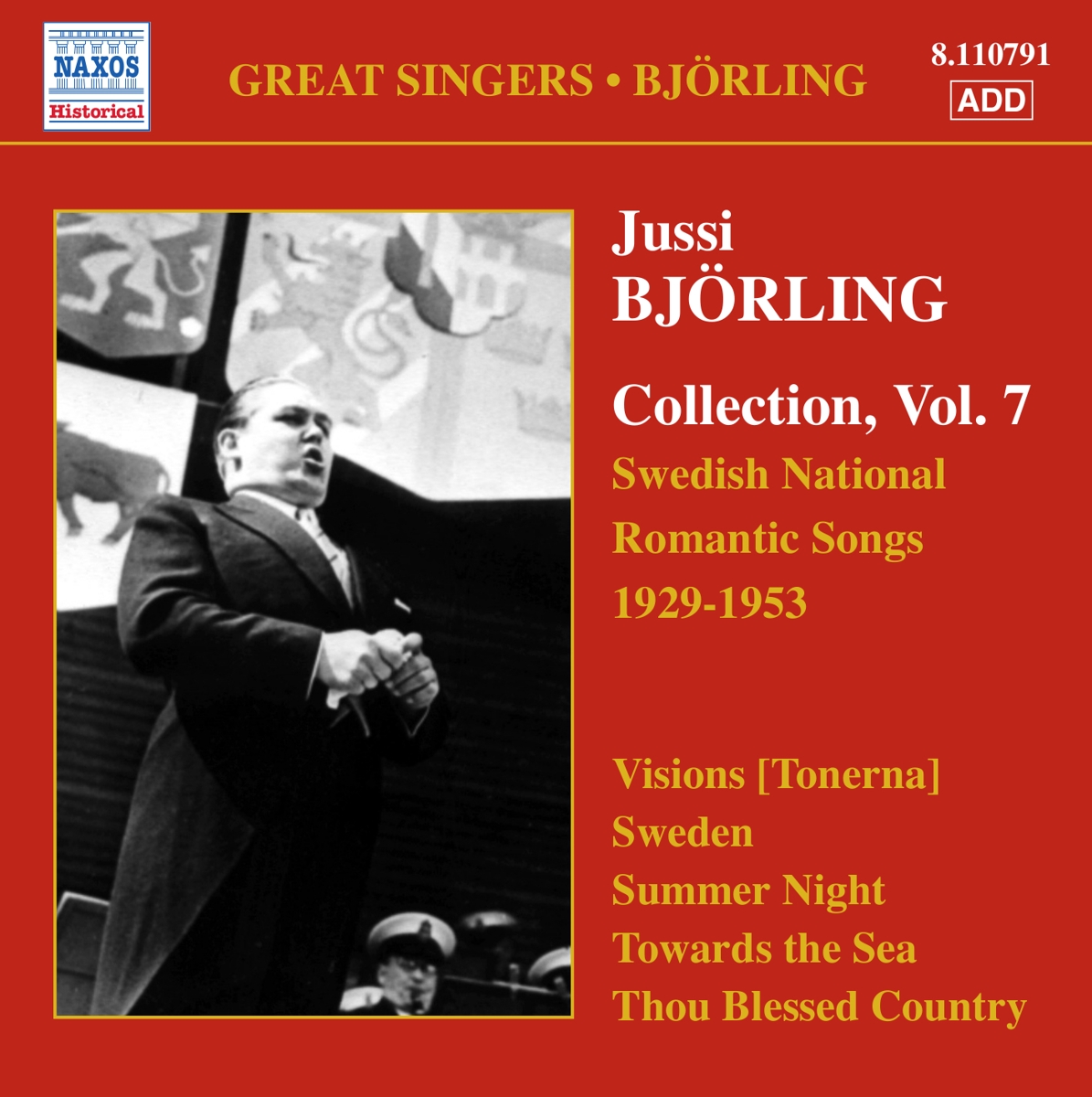 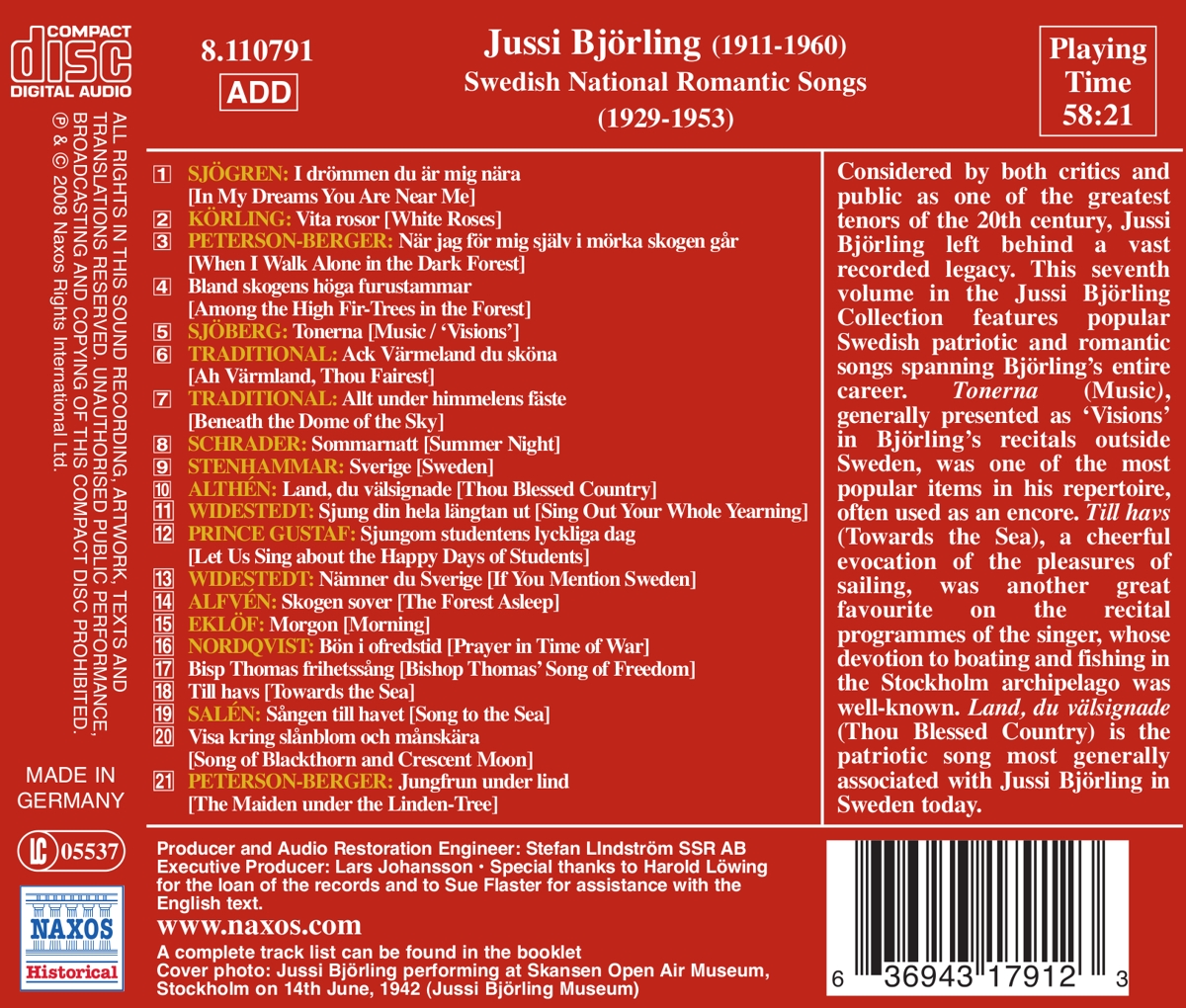 Considered by both critics and public as one of the greatest tenors of the 20th century, Jussi Björling left behind a vast recorded legacy. This seventh volume in the Jussi Björling Collection features popular Swedish patriotic and romantic songs spanning Björling's entire career. Tonerna (Music), generally presented as 'Visions' in Björling's recitals outside Sweden, was one of the most popular items in his repertoire, often used as an encore. Till havs (Towards the Sea), a cheerful evocation of the pleasures of sailing, was another great favourite on the recital programmes of the singer, whose devotion to boating and fishing in the Stockholm archipelago was well-known. Land, du välsignade (Thou Blessed Country) is the patriotic song most generally associated with Jussi Björling in Sweden today.