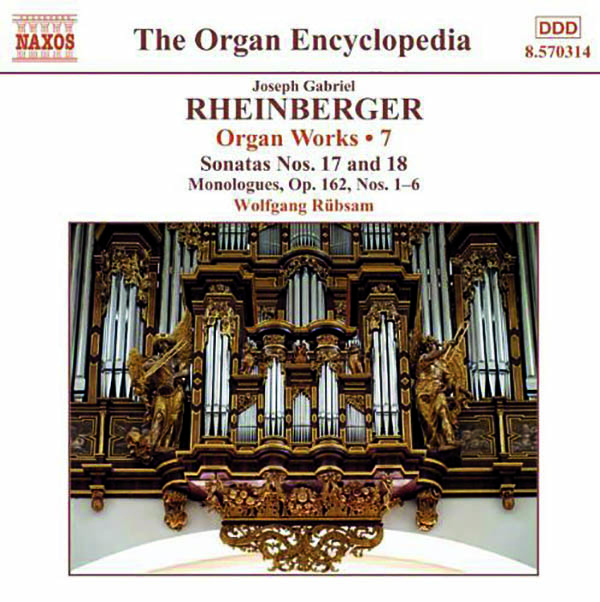 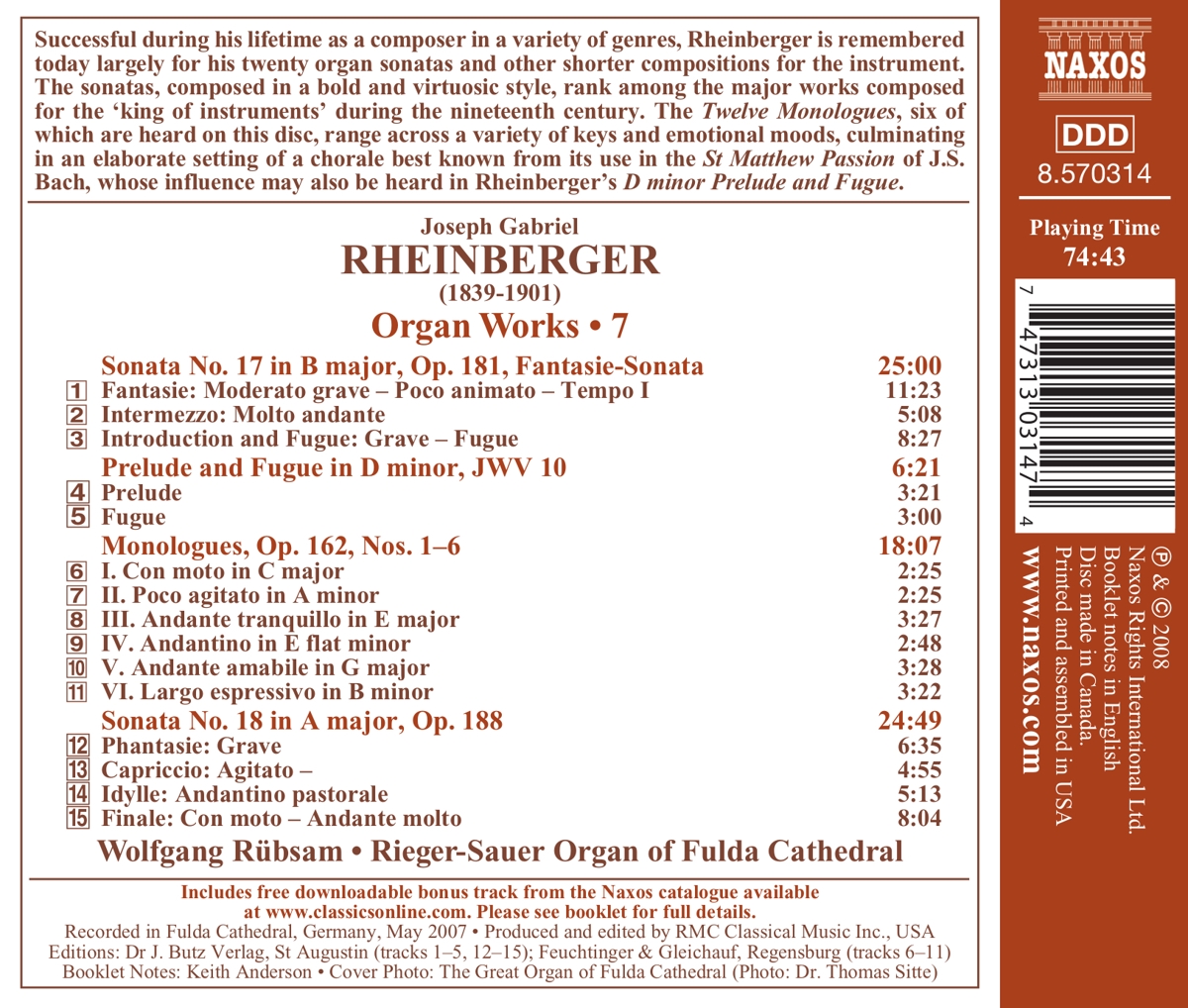 Bewertung:
umgehend lieferbar, Bestand beim Lieferanten vorhanden
EUR 9,99*
Versandkosten
Successful during his lifetime as a composer in a variety of genres, Rheinberger is remembered today largely for his twenty organ sonatas and other shorter compositions for the instrument. The sonatas, composed in a bold and virtuosic style, rank among the major works composed for the 'king of instruments' during the nineteenth century. The Twelve Monologues, six of which are heard on this disc, range across a variety of keys and emotional moods, culminating in an elaborate setting of a chorale best known from its use in the St Matthew Passion of J. S. Bach, whose influence may also be heard in Rheinberger's D minor Prelude and Fugue.