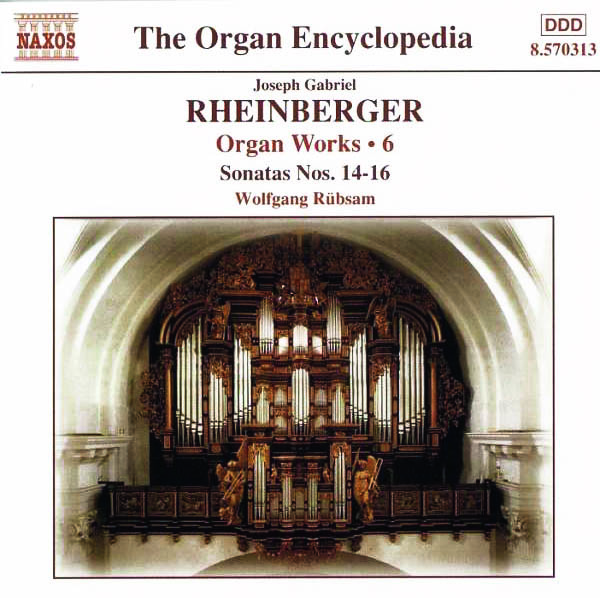 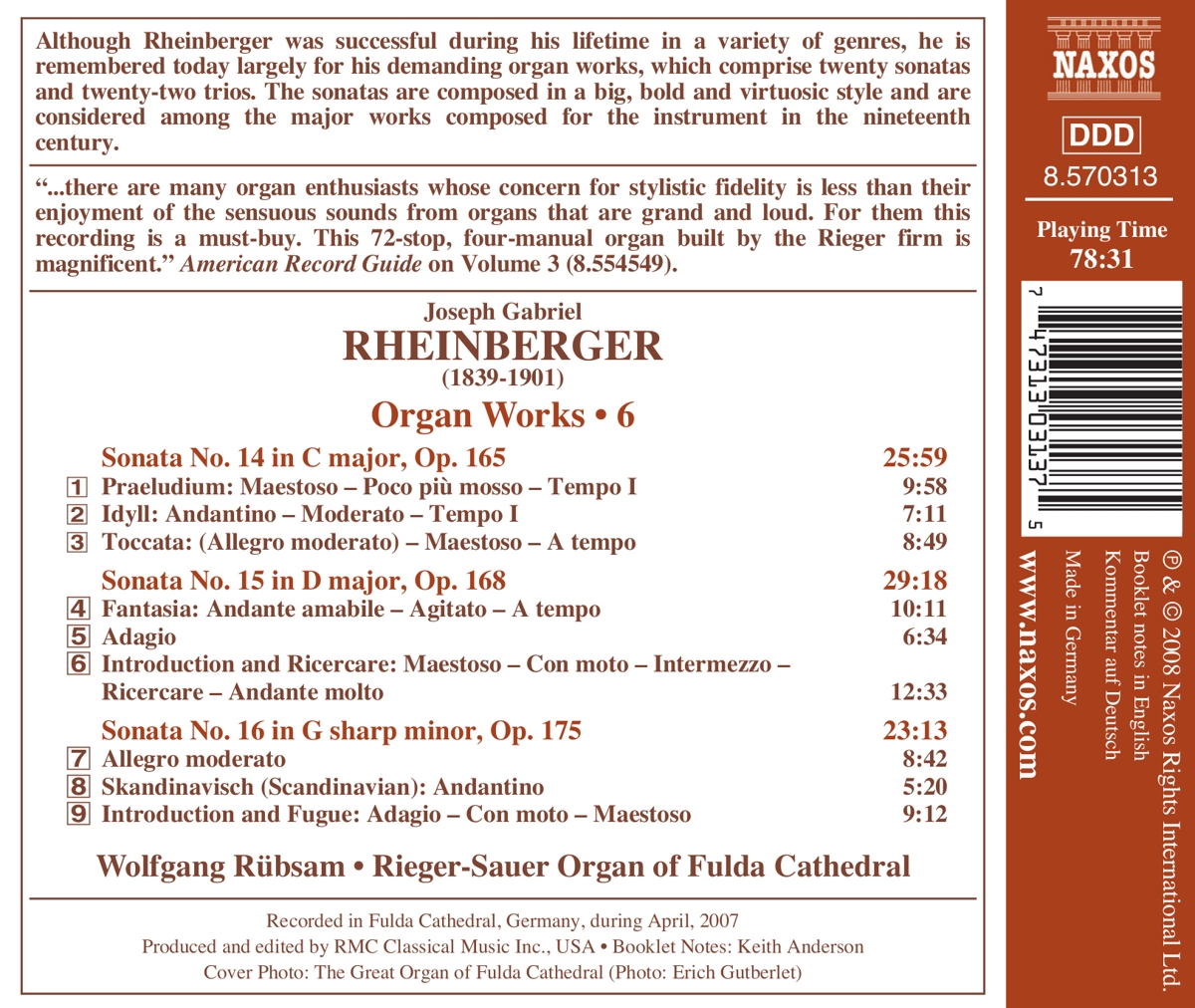 Bewertung:
umgehend lieferbar, Bestand beim Lieferanten vorhanden
EUR 9,99*
Versandkosten
Although Rheinberger was successful during his lifetime in a variety of genres, he is remembered today largely for his demanding organ works, which comprise twenty sonatas and twenty-two trios. The sonatas are composed in a big, bold and virtuosic style and are considered among the major works composed for the instrument in the nineteenth century.

"...there are many organ enthusiasts whose concern for stylistic fidelity is less than their enjoyment of the sensuous sounds from organs that are grand and loud. For them this recording is a must-buy. This 72-stop, four-manual organ built by the Rieger firm is magnificent." American Record Guide on Volume 3 (8.554549)."