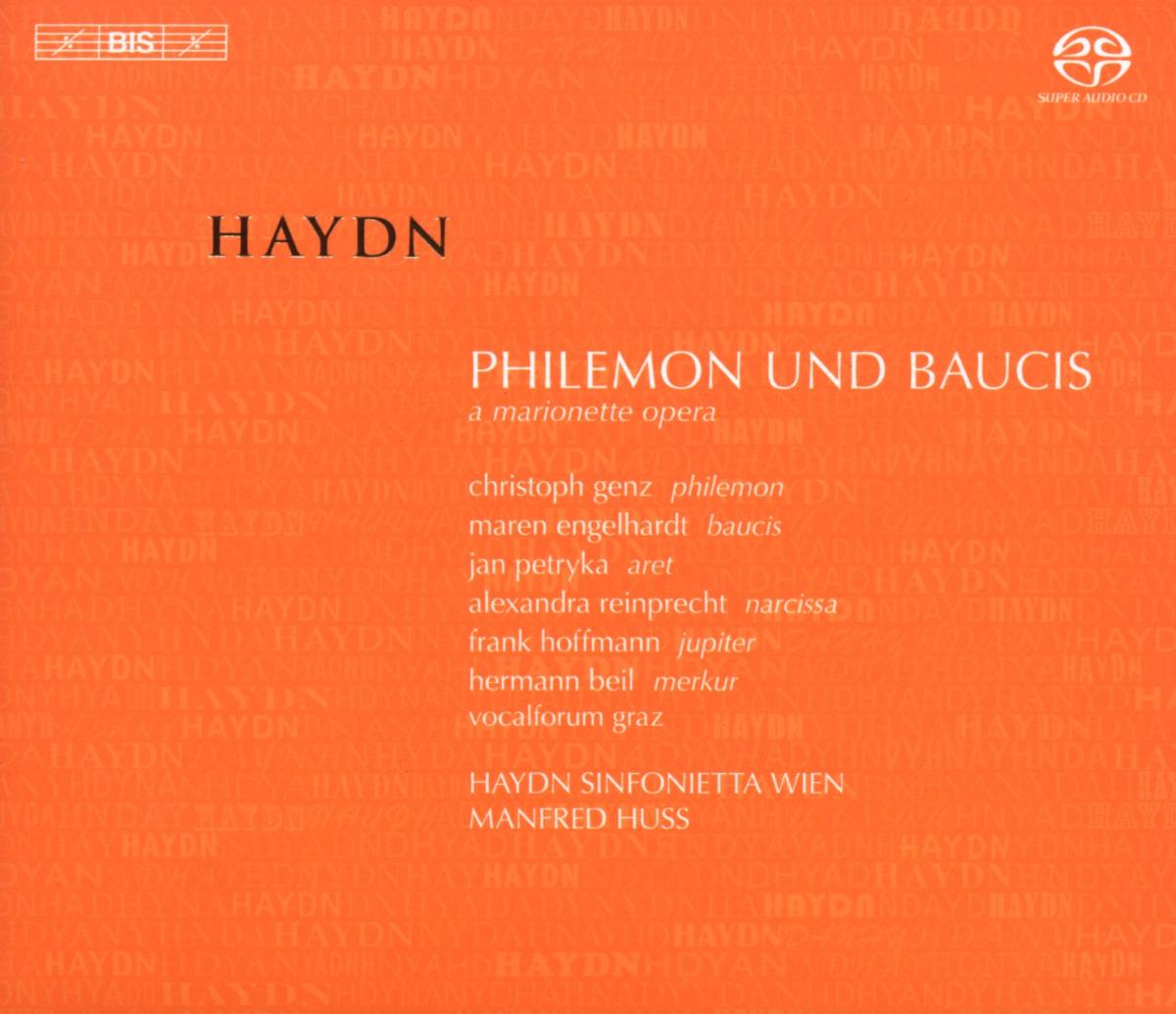 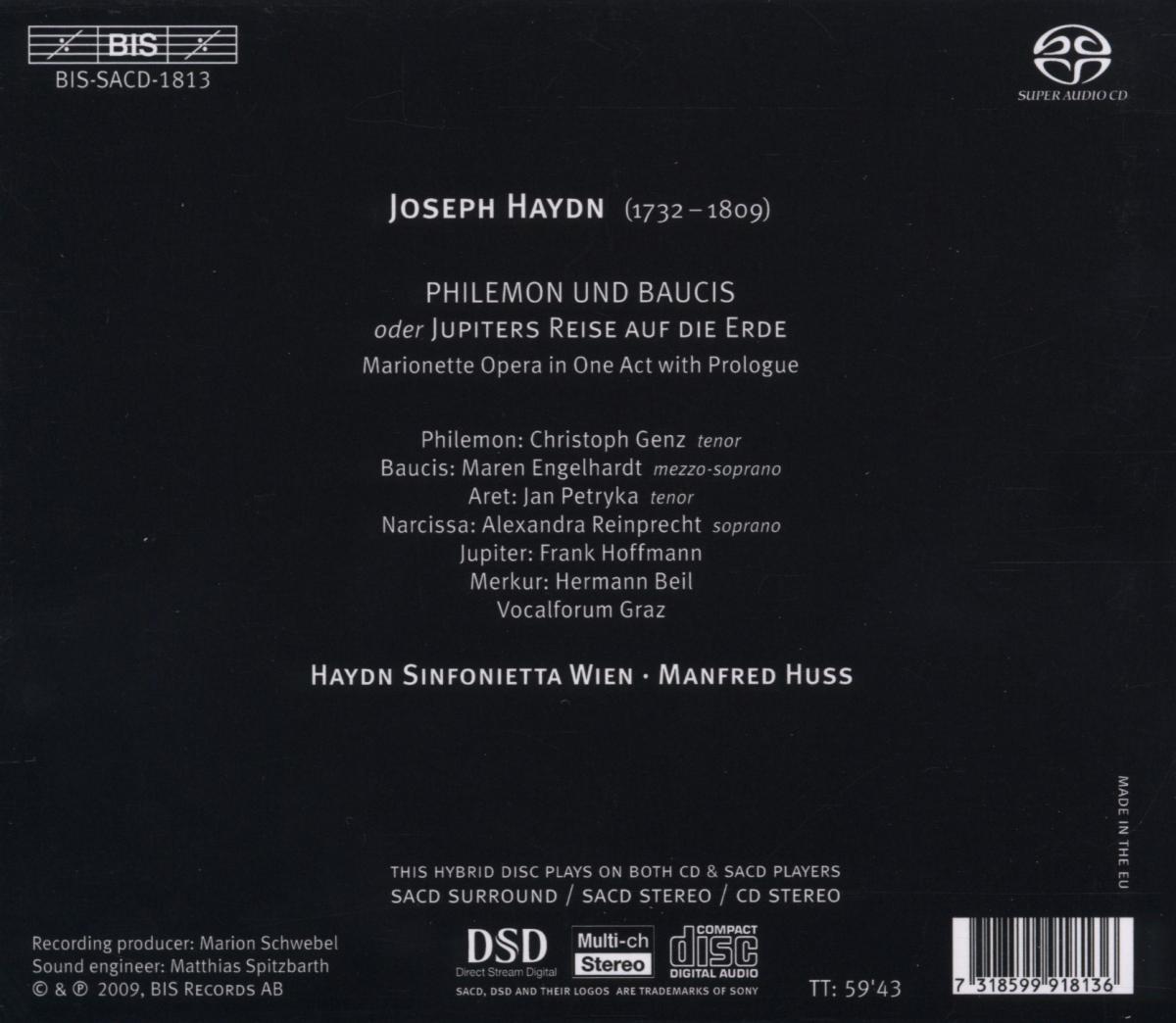 Marionette, or puppet plays and performances were highly popular in 18th century Vienna, both among the common people and in aristocratic circles. It is therefore not surprising that Haydn's employer, Prince Esterhazy, had a special puppet theatre built on his estate, or that the composer wrote six operas for it. Of these, Philemon und Baucis is the only one to have survived more or less intact, although not in the version of the first performance, given in honour of the Empress Maria Theresa in 1773. The present recording is based on a later version which included orchestral intermezzos by other composers, in accordance with the standard practice of the time. The opera (or rather Singspiel, with spoken dialogue) takes one of Ovid's Metamorphoses as its point of departure, and tells the story of how Jupiter and Mercury visit earth, and are shocked by »the horrors and vices« of mankind. It is only the virtue and hospitality displayed by the aged couple Philemon and Baucis that save the world from divine punishment. In the words of the eminent Austrian actor Hermann Beil, who has also made the text adaptation used here, »Haydn's opera seems like a charming, Magic Flute-like moral tale – one in which everybody has a lesson to learn.« During 2009, three previous titles with Haydn Sinfonietta Wien and Manfred Huss have appeared on BIS. Two of these are collections of previously released recordings: the Complete Overtures (»a re-release which puts many of the new recordings appearing during this Haydn-year in the deepest shadow«, according to klassik. com) and a set including the Notturni and Scherzandi (described by ClassicsTodayFrance as »a perfect collection of the most delightful and unknown ›Haydn-off-the-beaten-track‹.«) The third release with the orchestra is another rare Haydn opera, namely Acide: »an hour-plus of enchantment in every instant« (OpusHD. net). The present recording involves four vocal soloists (a young but experienced cast), two spoken parts (two of the most well-respected actors in the German language) and choir (one of Austria's most well-respected chamber choirs) in a work that for long has only been a foot-note in the Haydn literature and discography.