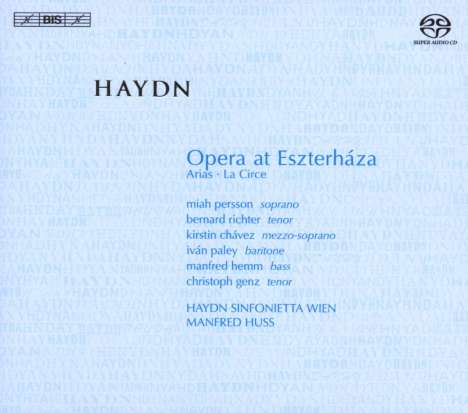 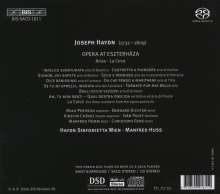 Artikel am Lager
EUR 19,99*
Versandkosten
Haydn composed more than twenty operas, mainly for the sumptuous theatre at Eszterháza, the palace of his long-time employers, the princes of Esterházy. Even so, his work in the operatic field remains largely neglected. This disc focuses on an even more closely guarded secret: the so-called 'insertion arias' that Haydn wrote for inclusion in operas by other composers. The rarely, if at all, recorded music includes Haydn's three contributions to La Circe, an opera pasticcio which combined music by several composers, and six of the surviving insertion arias. Among these is Infelice sventurata, written for an opera by Cimarosa, and one of Haydn's finest arias, here movingly performed by Miah Persson. The Swedish soprano shares the greater part of the programme with the Swiss tenor Bernard Richter. The latter in Ah, tu non senti, amico takes on what, according to the initiated liner notes of conductor and Haydn specialist Manfred Huss, 'may be the highest drama in eighteenth-century music - ghostly and spine-chilling in a Hitchcockian manner.' In contrast, Huss describes the concluding tercet from La Circe as 'a tremendously witty and energetic and also dramatic scene that sounds like Mozart - or perhaps even like Rossini'. This varied programme thus becomes an illustration of Mozart's verdict on Haydn as an opera composer: 'Nobody can do all of this - flirt and unsettle, provoke laughter and deep emotions - as well as Haydn!' It is presented by Manfred Huss and his period band Haydn Sinfonietta Wien as part of a Haydn bicentenary celebration, which includes four previous, highly acclaimed releases. The opera fragment Acide was called 'a wonderful tribute to Joseph Haydn' by the reviewer of MusicWeb International, who also found Bernard Richter 'outstanding' in the title role. The review of the marionette opera Philemon und Baucis on ClassicsToday. com described the work as 'exceptionally moving stuff, full of Sturm und Drang, with . music of substantial humanity and warmth.' And the playing of Haydn Sinfonietta Wien on the two collections of overtures (BIS-CD-1818) and chamber works (BIS-CD-1796 / 98) has been unanimously praised: 'the ideal interpreters for these works' (Pizzicato) and 'sensational... lively tempos, gutsy brass and timpani, perky winds, and stunning music' (ClassicsToday. com).