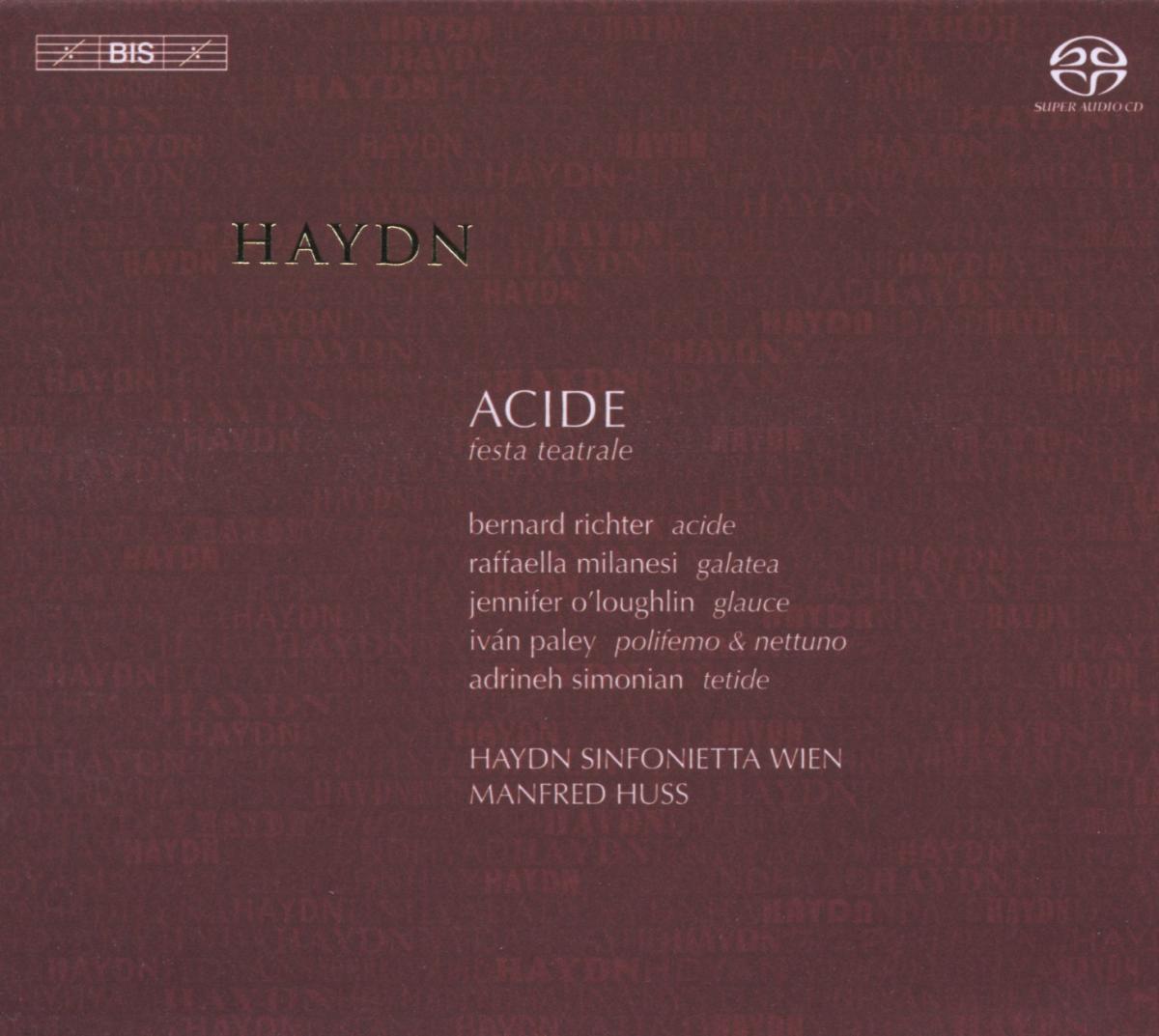 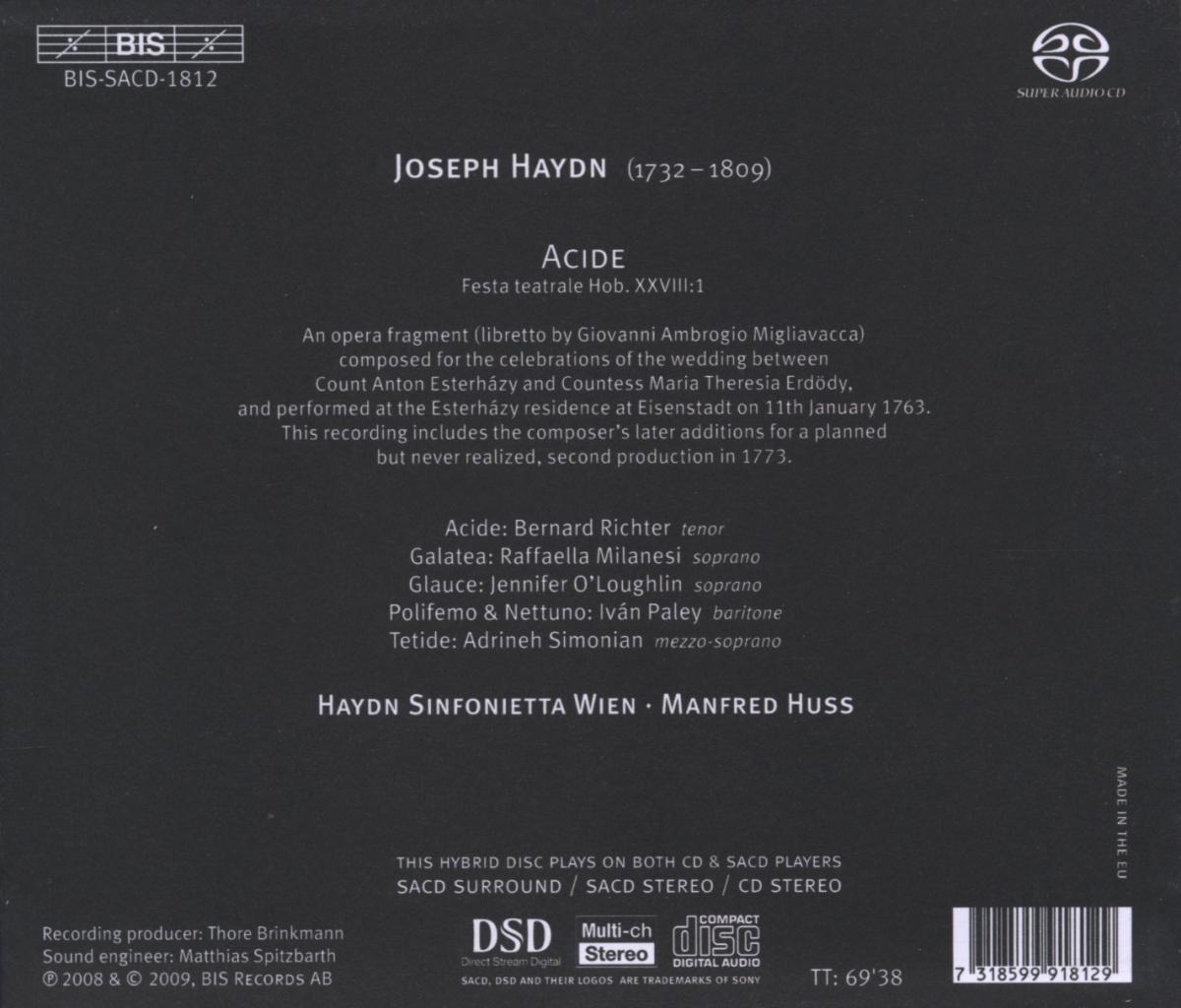 Bewertung:
versandfertig innerhalb von 1-3 Tagen
(soweit verfügbar beim Lieferanten)
EUR 18,99*
Versandkosten
We often think of Haydn as a composer of symphonies, string quartets and piano sonatas – that is, of instrumental music in various forms. But in fact, he probably wrote as much vocal music, in a variety of genres. The late, great oratorios are still justly famous – The Creation and The Seasons – but he also composed twelve large-scale Masses, a number of cantatas and other sacred works, as well as songs, concert arias and as many as 21 operas and Singspiele. Some of these have been lost, but the majority still exist in more or less complete form. The earliest of these is Acide, the fragment of an opera composed for the celebrations of the wedding of Count Anton Esterházy and Countess Maria Theresia Erdödy, and performed at the Esterházy residence at Eisenstadt on 11th January 1763. The Italian libretto, by G. A. Migliavacca, retells the well-known episode from Ovid’s Metamorphoses in which the nymph Galatea witnesses the death of her lover Acis (Acide) at the hands of the cyclops Polyphemus, and his subsequent transformation into a river-god: a tale of undying love fit for the circumstances of the performance. Four arias and most of the recitatives from the original 1763 version of Acide have been lost, but complementing the remaining numbers are two arias and a recitative composed by Haydn for a planned second production in 1773, a project which in the end came to nothing. The research into the different versions of the work has been made by Manfred Huss, director of Haydn Sinfonietta Wien, who has also assembled a cast of eminent singers to perform this ‘festa teatrale’ in a recording which took place in May 2008. The ample booklet, which includes liner notes by Manfred Huss and a synopsis in three languages, as well as the libretto in Italian and in English, is packed alongside the jewel-case in a cardboard slipcase.