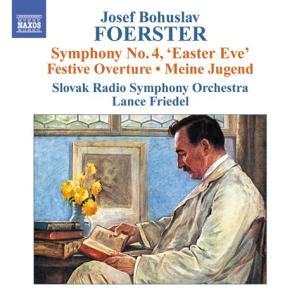 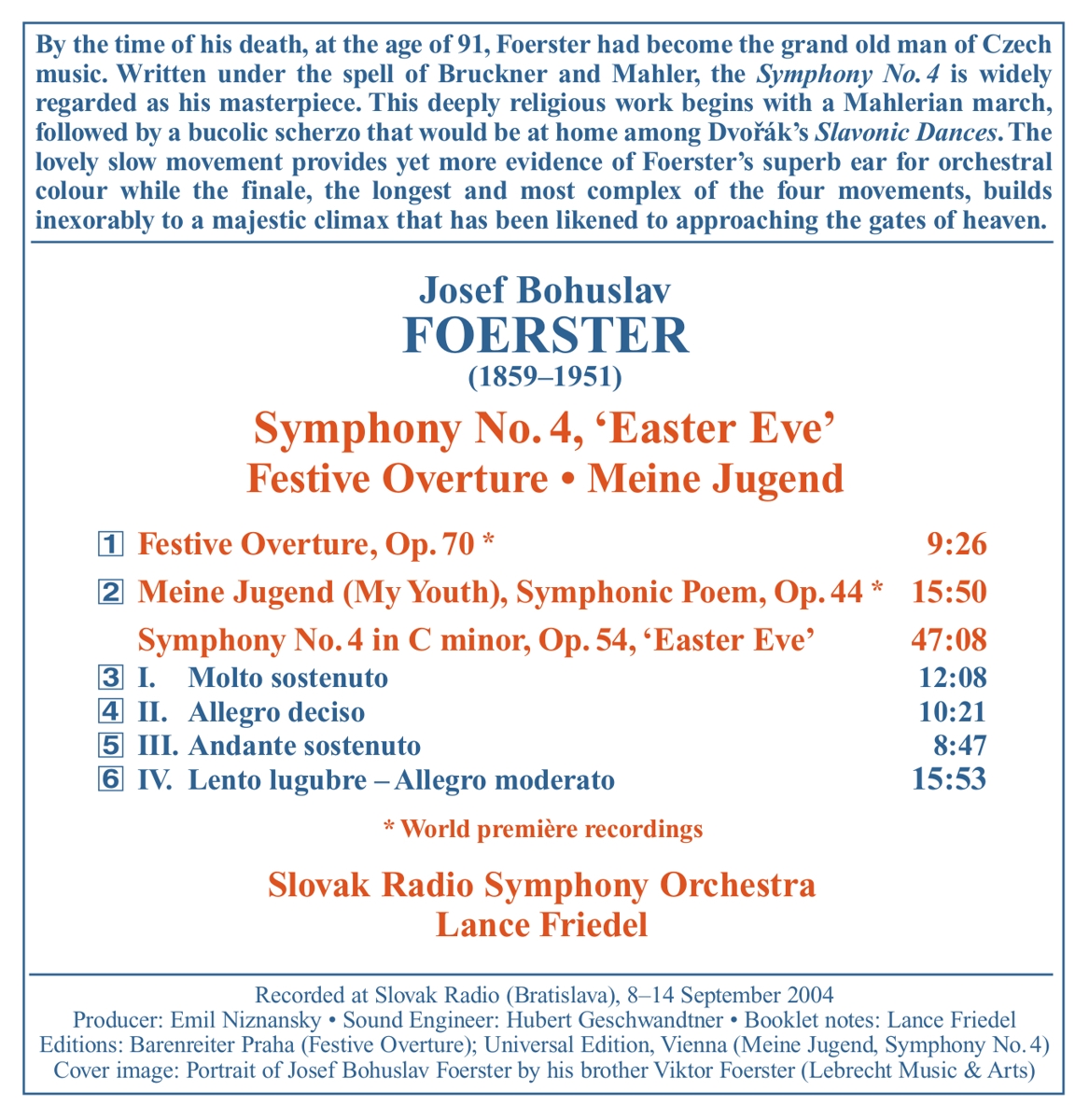 Bewertung:
Nur noch 1 Stück am Lager. Danach versandfertig innerhalb von 1-3 Tagen (soweit verfügbar beim Lieferanten)
EUR 12,99*
Versandkosten
By the time of his death, at the age of 91, Foerster had become the grand old man of Czech music. Written under the spell of Bruckner and Mahler, the Symphony No. 4 is widely regarded as his masterpiece. This deeply religious work begins with a Mahlerian march, followed by a bucolic scherzo that would be at home among Dvoák's Slavonic Dances. The lovely slow movement provides yet more evidence of Foerster's superb ear for orchestral colour while the finale, the longest and most complex of the four movements, builds inexorably to a majestic climax that has been likened to approaching the gates of heaven.