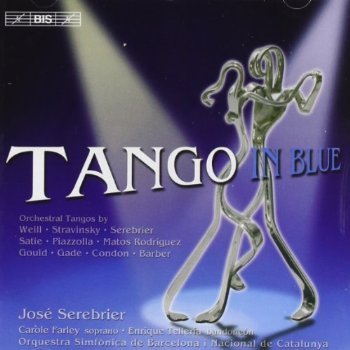 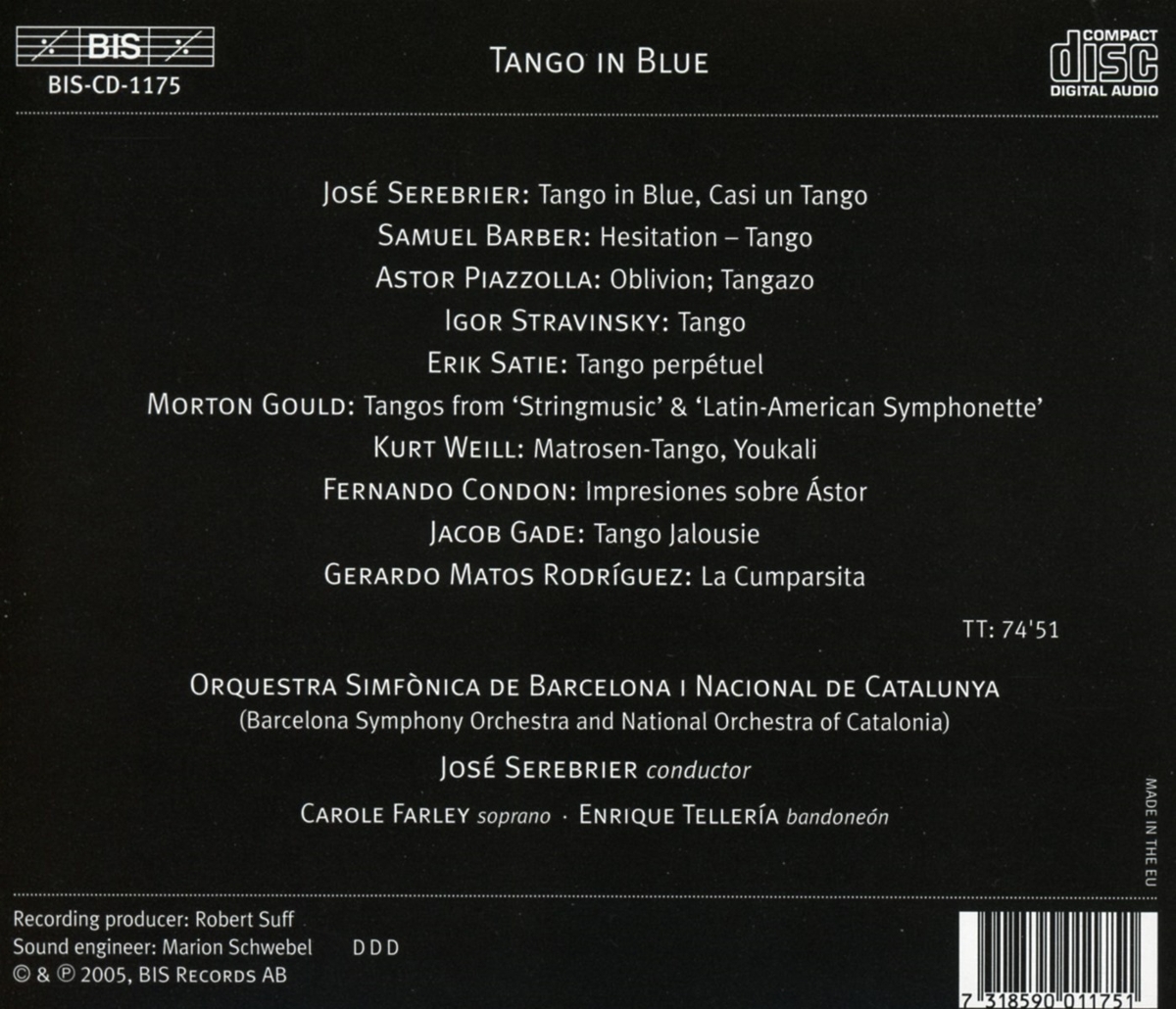 Their previous release on BIS – Carmen Symphony, BIS-CD-1305 – was given the Latin GRAMMY award for »Best Classical Album of 2004«. Now José Serebrier and the Barcelona Symphony Orchestra return with another disc on Latin themes. This time it is South America, where José Serebrier hails from, which has provided the inspiration. Original compositions by Stravinsky, Barber, Weill and Serebrier himself are complemented by orchestral adaptations of tangos by Satie (Tango Perpétuel) and Piazzolla among others. Including such evergreens as Gade’s Tango Jalousie and La Cumparsita, and with guest appearances by soprano Carole Farley and, on the bandoneón, Enrique Tellería, the result is a programme which fully illustrates the various aspects of the tango: its ›disappointments, anxieties, romantic love and tales of crimes of love‹ to quote the conductor’s own liner notes.