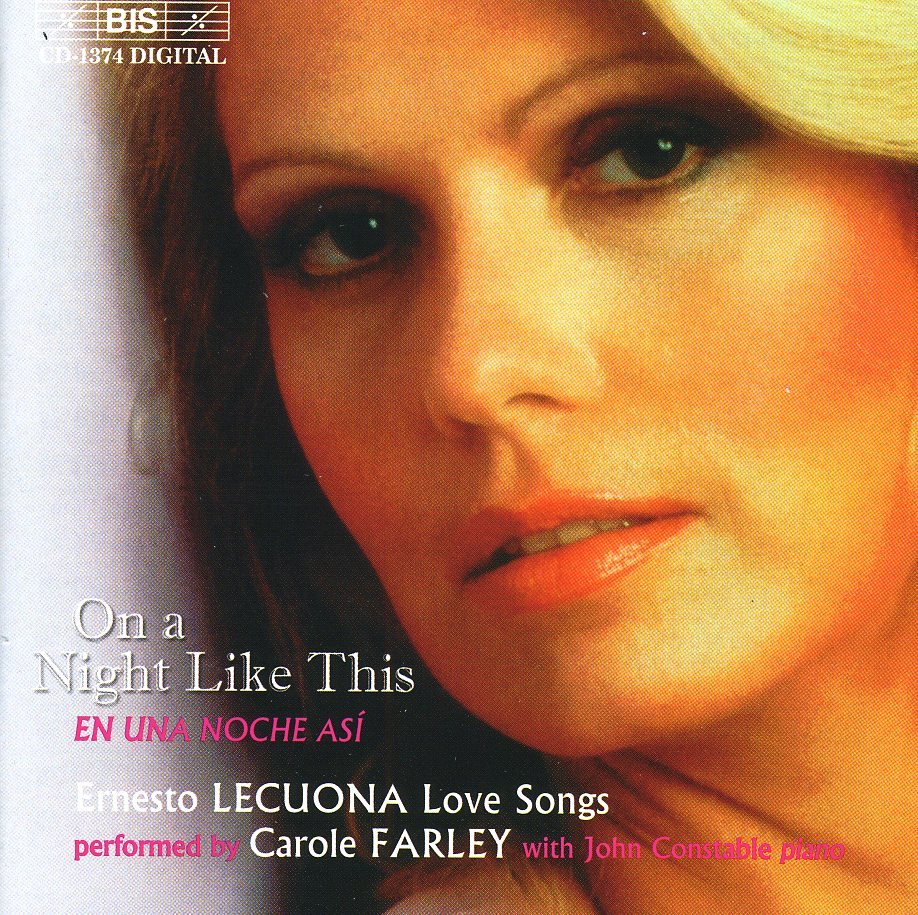 Bewertung:
lieferbar innerhalb einer Woche
(soweit verfügbar beim Lieferanten)
EUR 19,99*
Versandkosten
It caused a sensation when BIS almost a decade ago released the first of a series devoted to the Cuban composer and performer Ernesto Lecuona’s piano music. Revealed to a wider audience was a string of unforgettable and often familiar melodies, of such natural charm that noone had ever thought to ask who had actually composed them.

The piano was Ernesto Lecuona’s instrument but throughout his life he also composed songs, many of which were given great currency from being used in films of his day. Right from the start of the Lecuona project it was our intention to add a disc of Lecuona’s songs to the solo piano music and we are now able to fulfil this wish.

Soprano Carole Farley brings a real enthusiasm for this music to the programme – as well as enviable vocal skills. She is accompanied by pianist John Constable with whom she has clearly developed a very close rapport. This disc of love songs traces the full range of emotions connected with human passion. And if the distinction of Editor’s Choice in the Gramophone (September 2004) is anything to go by, it seems that Lecuona’s Love Songs are as sensational as his piano music!

‘Other recordings of Lecuona’s songs do exist, but this is the one that will put them on the map.’ Classical Music Web

’This album is likely to please lovers of the classical Lecuona, for the 25 songs are lovingly and beautifully rendered in Farley's amazing voice, with John Constable deftly matching the constant changes in mood.’ The Miami Herald 27 August 2004

’Carole Farley makes a wonderful advocate for the seductive languor of this music. A real gem of a disc!’ James Jolly, Editor of Gramophone September 2004