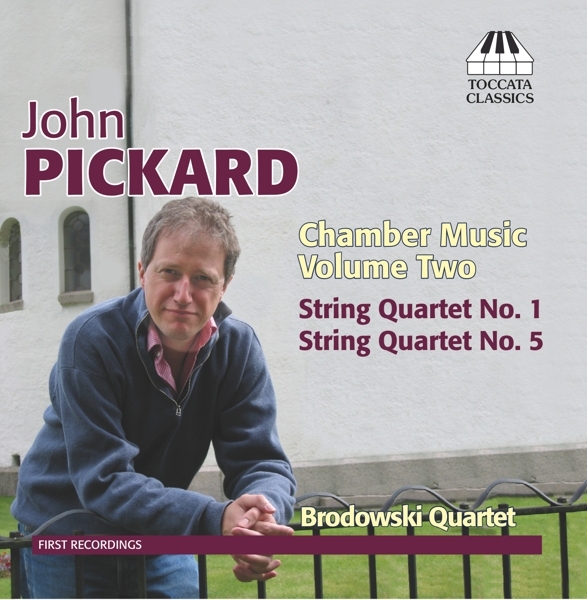 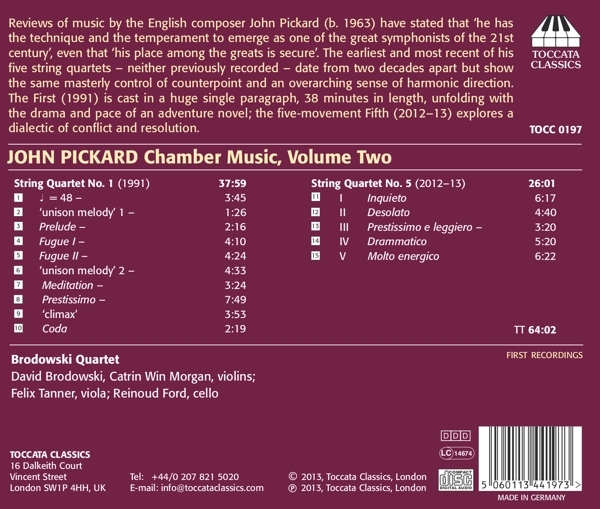 Reviews of music by the English composer John Pickard (b. 1963) have stated that ‘he has the technique and the temperament to emerge as one of the great symphonists of the 21st century’, even that ‘his place among the greats is secure’. The earliest and most recent of his five string quartets – neither previously recorded – date from two decades apart but show the same masterly control of counterpoint and an overarching sense of harmonic direction. The First (1991) is cast in a huge single paragraph, 38 minutes in length, unfolding with the drama and pace of an adventure novel; the five-movement Fifth (2012–13) explores a dialectic of conflict and resolution.