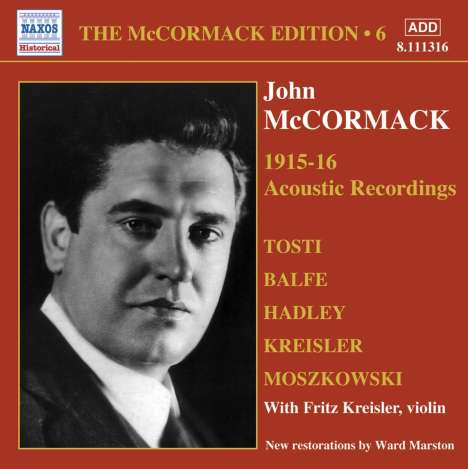 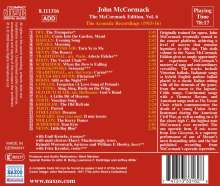 Originally trained for opera, John McCormack eventually turned to the concert platform, achieving a level of success that remains legendary to this day. This sixth volume in the Naxos McCormack Edition gives us ample opportunity to experience McCormack's mastery of song and extraordinary versatility. The tracks include Victorian ballads, Italianate songs (a hybrid English parlour ballad placed in a classic Italian setting with all the elements of the genre, from the moon to the lagoon), Celtic songs, Continental songs with a Viennese flavour, and American songs such as The Vacant Chair which commemorates the death of a young Union Army lieutenant during the American Civil War, as well as ending on a D flat above high C, the highest note McCormack ever recorded. The one operatic item, Il mio tesoro from Don Giovanni, is a supreme performance of one of Mozart's most demanding arias and the last published recording from McCormack's operatic repertoire.