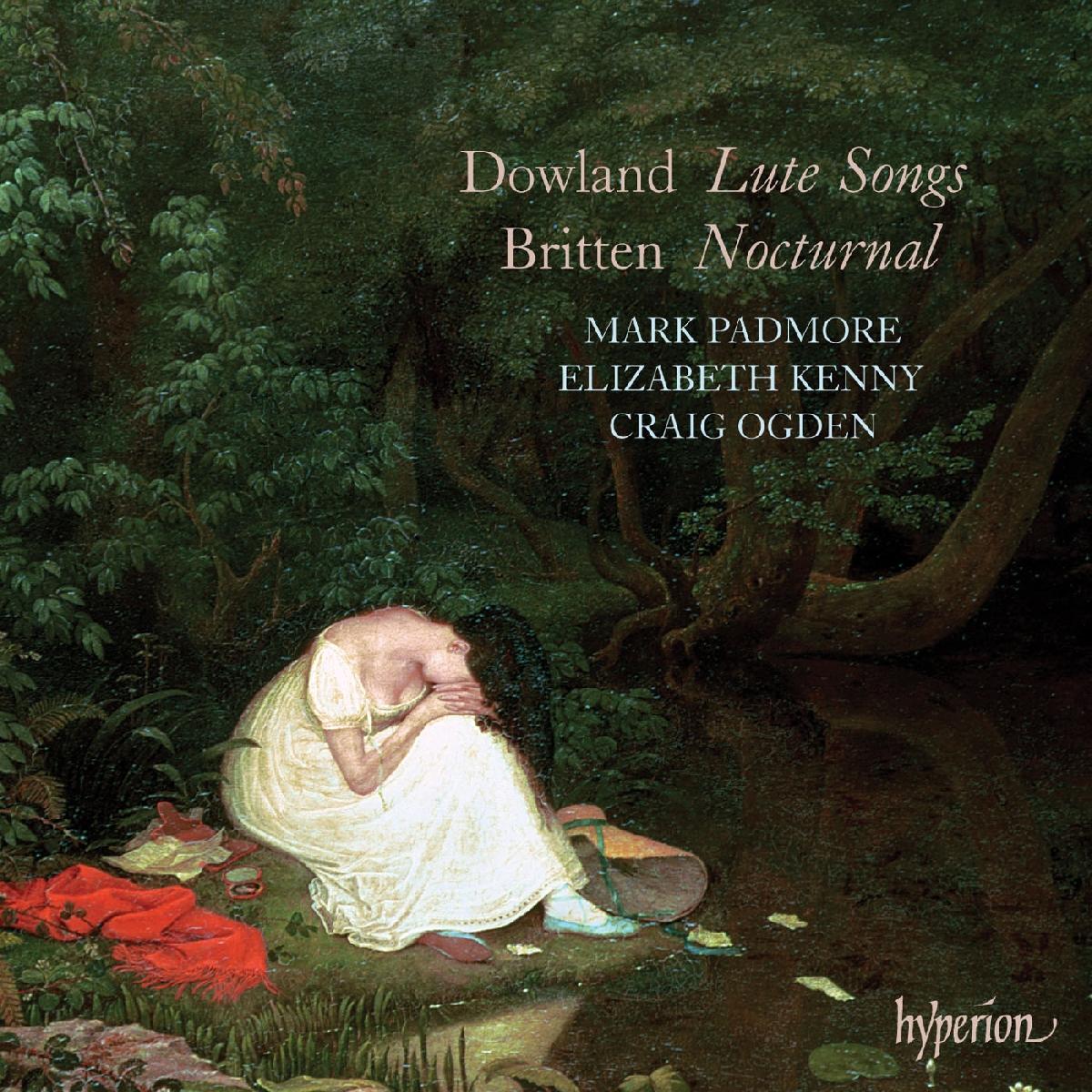 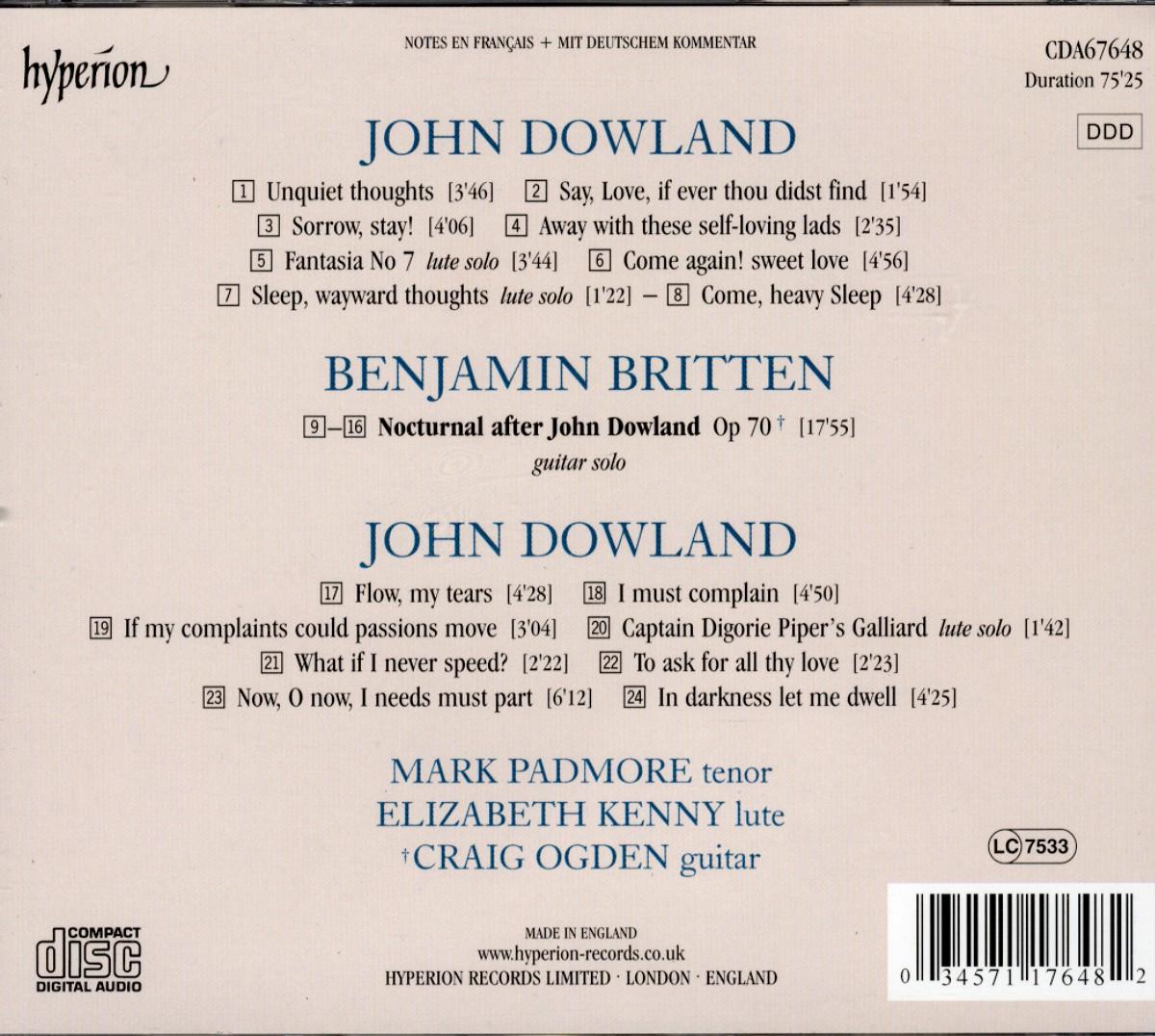 Mark Padmore is widely acknowledged as one of the greatest tenors working today, celebrated in the opera house, the concert hall and as a peerless recording artist. He is admired—among other things—for his ›extraordinary diction and whispering chamber-like intimacy … [his] joy in conveying the emotional core of each situation‹ (Gramophone) and it is these facets of his performance—together with the exquisite musicianship of Elizabeth Kenny—which make this disc of Dowland songs such a delight. The little world of each song is sensitively explored and beautifully expressed. Elizabeth Kenny writes in her scholarly booklet notes that ‘over the years many great singers have made Dowland’s voice their own, and this is one of our starting points for this disc’. Padmore and Kenny have used some perhaps less familiar manuscripts to perform a number of these songs and the result is fascinating. Britten’s Nocturnal after John Dowland, written for Julian Bream in 1963, is an extended exploration of the tensions and nightmares behind the song Come, heavy Sleep, and receives a darkly brilliant performance here by Craig Ogdon.

»Padmore is wonderfully expressive in Flow my teares, which he embellishes fluently. Britten's dreamy guitar solo Nocturnal after John Dowland is sandwiched between the songs and exquisitely played by Craig Ogden« (Classic FM Magazine)
»A simply brilliant disc. I can't praise it enough. A bronze Liz Kenny should be on the empty plinth in Trafalgar Square, in my opinion« (Early Music News)
»Padmore sounds genial, worldly, relaxed. He can be touchingly tender at times: he has an affecting vibrato, which he uses effectively… His voice is full, his enunciation clear« (Fanfare, USA)
»The lyrical tone, immaculate diction and musicianship of Britain's finest tenor … He makes the strongest possible case for regarding Dowland as the father of English song with his expressive, deeply-felt accounts of some of the best-known numbers … Kenny's authoritative booklet notes puts the songs into a fascinating historical context« (Sunday Times)