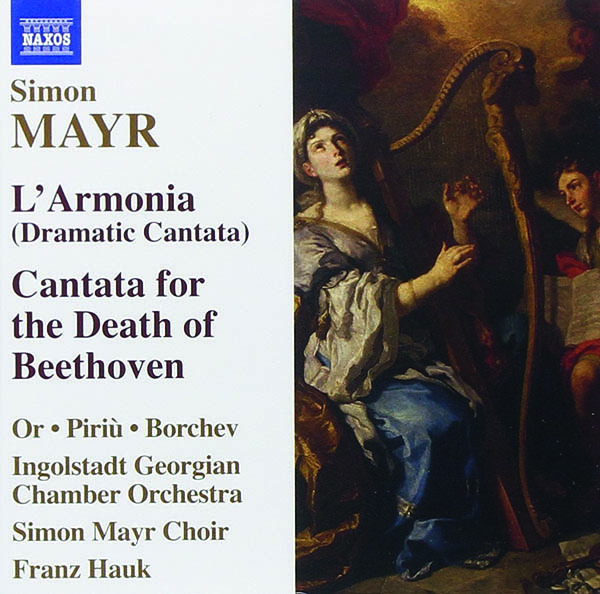 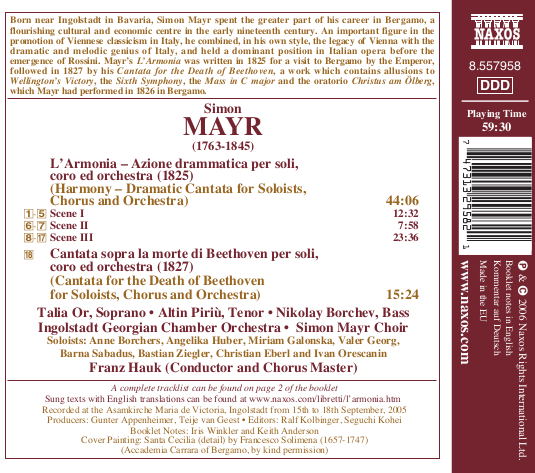 Bewertung:
umgehend lieferbar, Bestand beim Lieferanten vorhanden
EUR 9,99*
Born near Ingolstadt in Bavaria, Simon Mayr spent the greater part of his career in Bergamo, a flourishing cultural and economic centre in the early nineteenth century. An important figure in the promotion of Viennese classicism in Italy, he combined, in his own style, the legacy of Vienna with the dramatic and melodic genius of Italy, and held a dominant position in Italian opera before the emergence of Rossini. Mayr's L'Armonia was written in 1825 for a visit to Bergamo by the Emperor, followed in 1827 by his Cantata for the Death of Beethoven, a work which contains allusions to Wellington's Victory, the Sixth Symphony, the Mass in C major and the oratorio Christus am Ölberg, which Mayr had performed in 1826 in Bergamo.