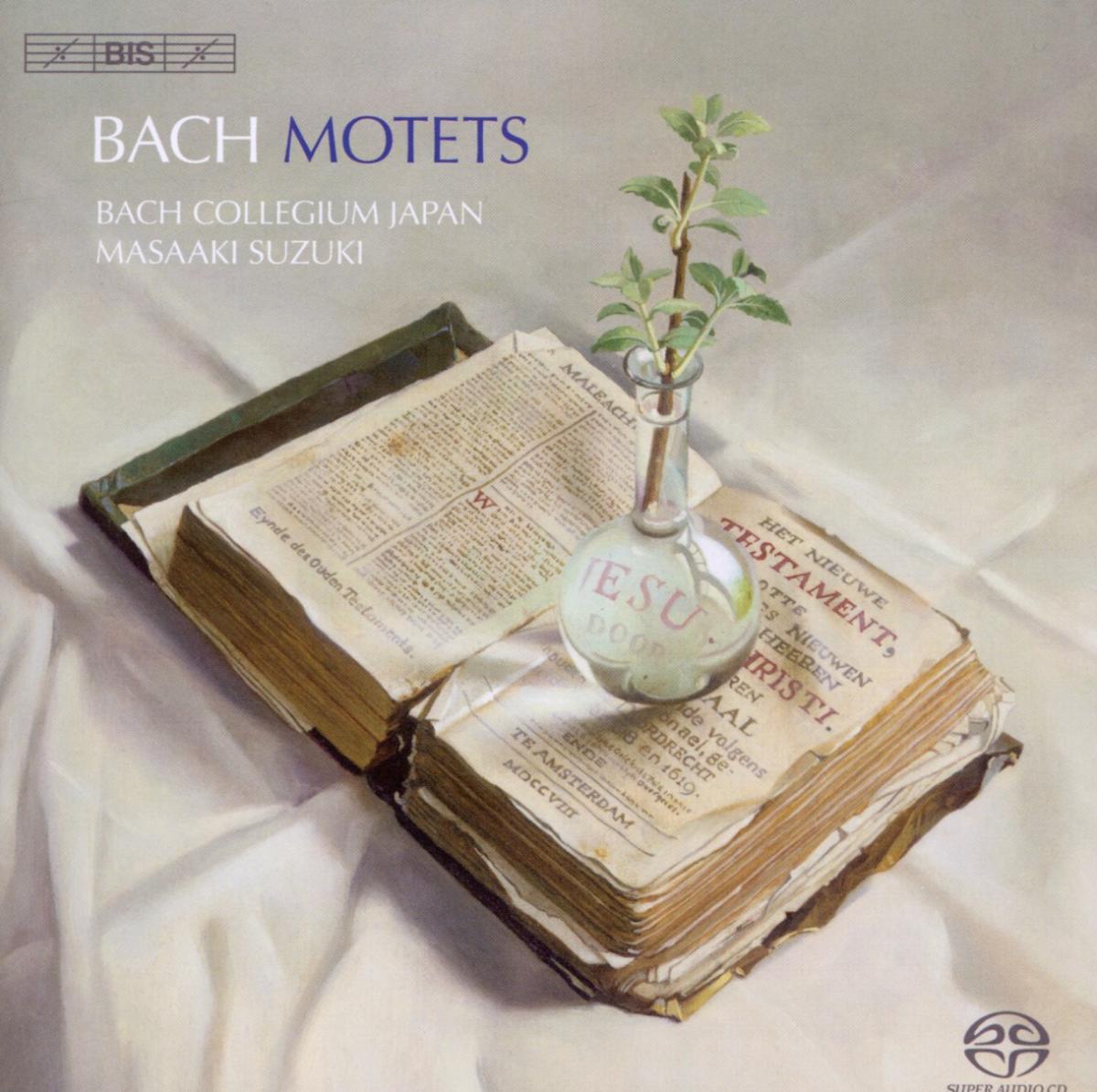 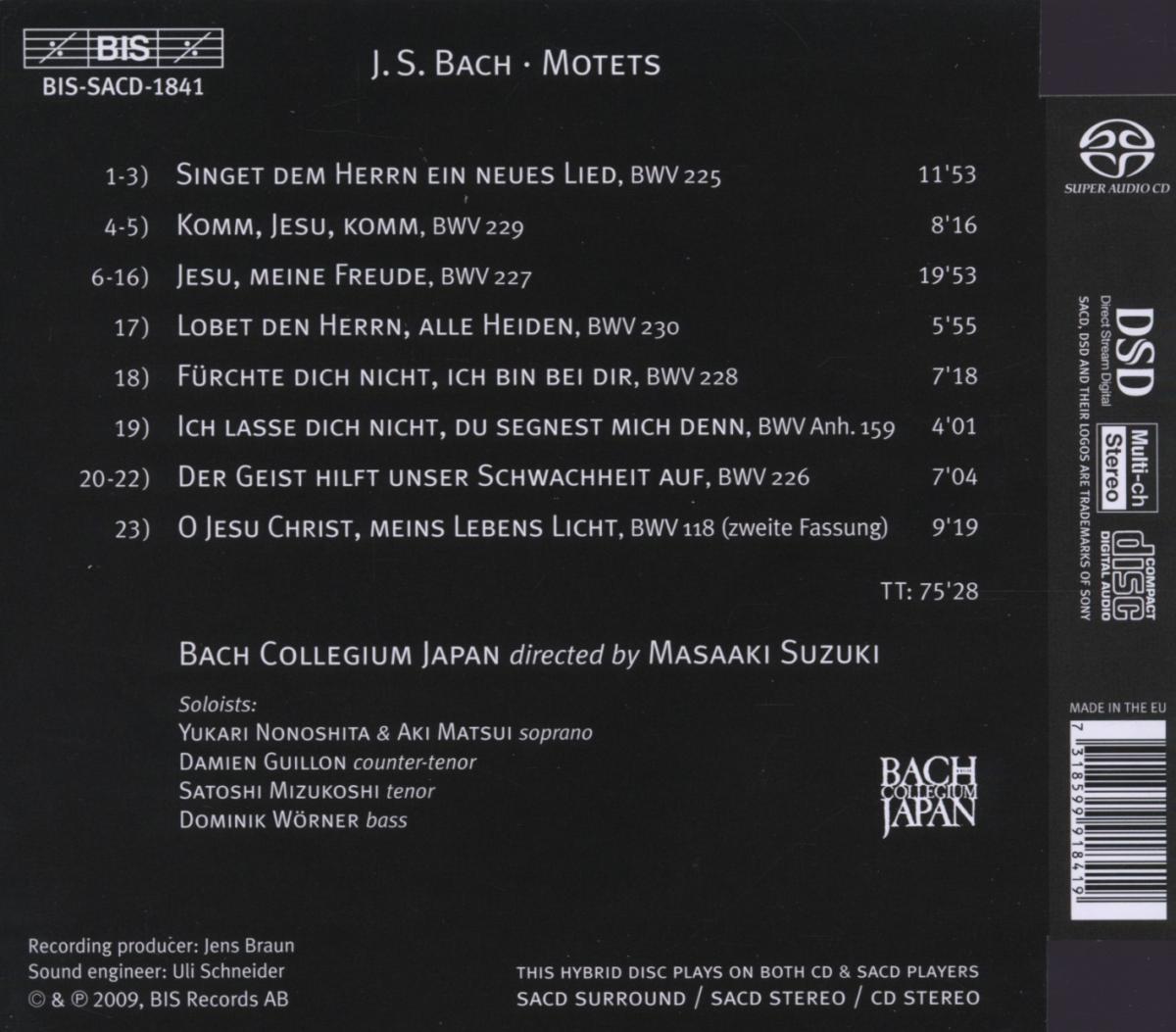 Bewertung:
Nur noch 1 Stück am Lager. Danach versandfertig innerhalb 2-3 Wochen (soweit verfügbar beim Lieferanten)
EUR 18,99*
Versandkosten
Masaaki Suzuki and his Bach Collegium Japan have taken a short break from Bach's cantatas in order to record the same composer's Motets. Although few in number, these include such well-loved works as Singet dem Herrn ein neues Lied and Jesu, meine Freude. Remarkable for their expressiveness and beauty as well as for Bach's virtuoso choral writing, most of the motets leave it open to the interpreters to perform them either a cappella or with instruments doubling the vocal parts. Masaaki Suzuki has opted for the latter alternative, and accompaniments range from a single organ, to strings and different combinations of strings and wind instruments. But nevertheless it is the singers of the Bach Collegium Japan that stand in the limelight here - and as followers of the Cantata series will already know, it is a marvellous choir. With regard to their recording of Bach's B minor Mass, the reviewer in Diapason called them 'a choir to dream of', while his colleague in Fono Forum, when writing about the Easter and Ascension Oratorios, described them as '16 singers, who sing with such clarity and flexibility that choral fullness of sound, soloistic virtuosity and transparency seem to merge, and this to a degree that one does not find in any European ensemble.' In view of the fact that several of the works are composed for double choir, the usual 16-member choir from the cantata recordings have been slightly expanded and here numbers 18 singers, of which some also appears as soloists. Included on the disc are the six motets BWV 225-231, as well as BWV 118 O Jesu Christ, mein's Lebens Licht and BWV Anh. 159 Ich lasse dich nicht.

The recording of the motets took place in Bach Collegium Japan's usual venue, the Kobe Shoin Chapel, and during it a short film was made. In this, Masaaki Suzuki talks about the special place the motets hold for him. Several of them were composed for funerals, and he finds in them music with a greater ability to console than human words, but also with 'a creative power for us to survive in this world.' There is not only grief in the motets - to Masaaki Suzuki's mind there is also the sound of angelic hosts: 'I think the angels' choir [in the Gospel of St Luke] might have been a double choir - as in Singet dem Herrn ein neues Lied!'