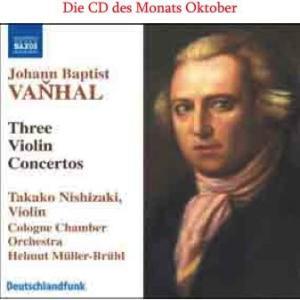 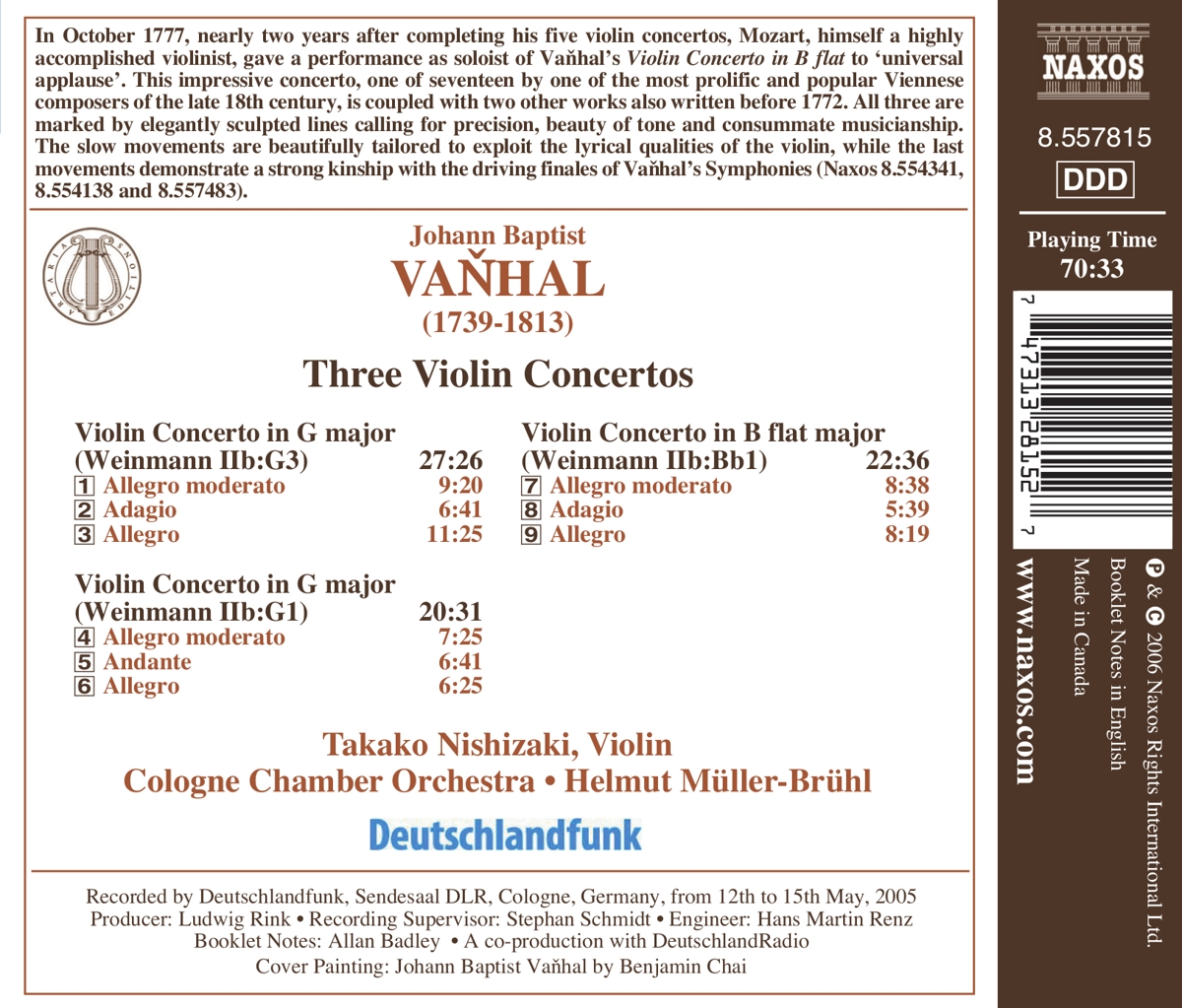 Bewertung:
umgehend lieferbar, Bestand beim Lieferanten vorhanden
EUR 12,99*
Versandkosten
In October 1777, nearly two years after completing his five violin concertos, Mozart, himself a highly accomplished violinist, gave a performance as soloist of Vanhal's Violin Concerto in B flat to 'universal applause'. This impressive concerto, one of seventeen by one of the most prolific and popular Viennese composers of the late 18th century, is coupled with two other works also written before 1772. All three are  marked by elegantly sculpted lines calling for precision, beauty of tone and consummate musicianship. The slow movements are beautifully tailored to exploit the lyrical qualities of the violin, while the last movements demonstrate a strong kinship with the driving finales of Vanhal's Symphonies (Naxos 8.554341, 8.554138 and 8.557483).