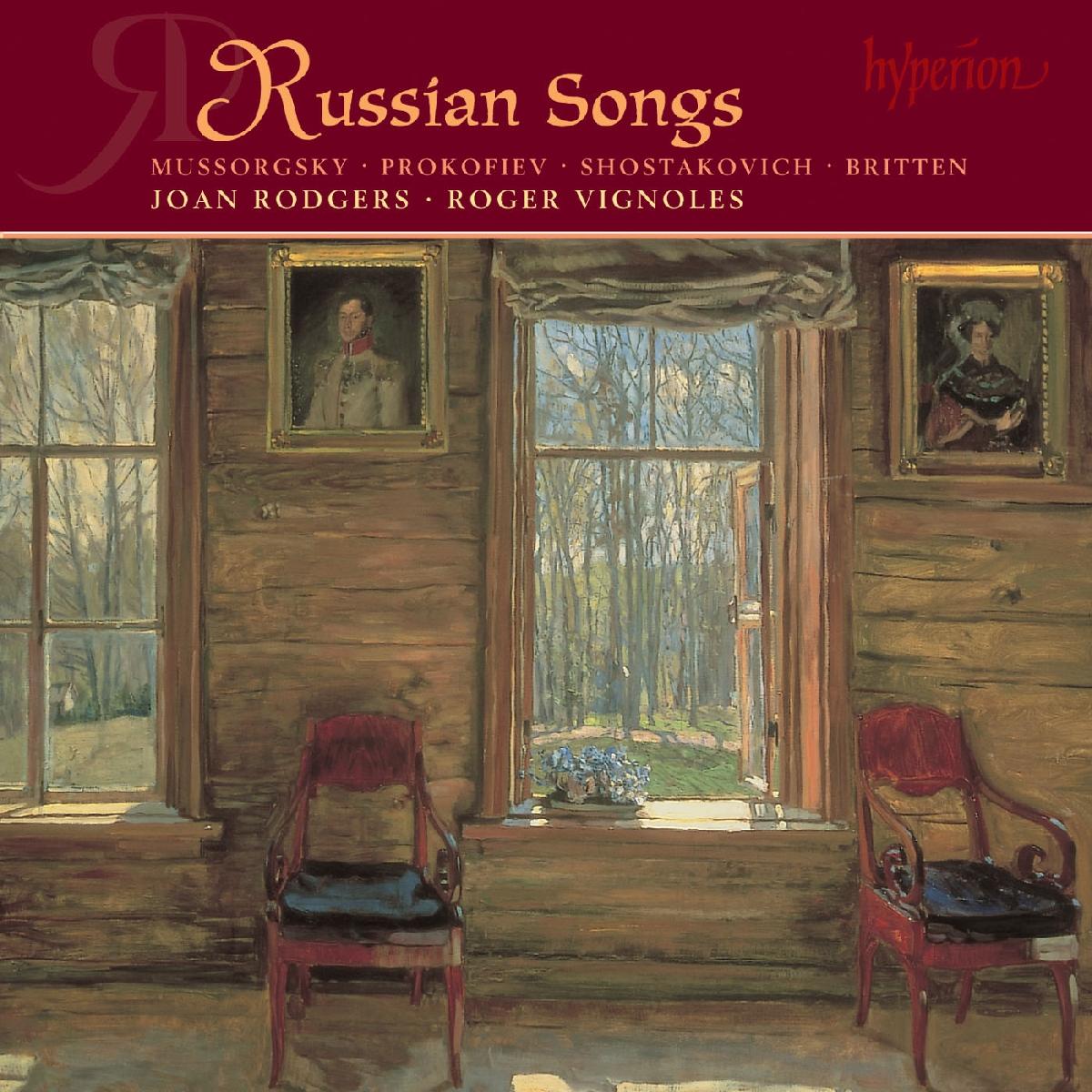 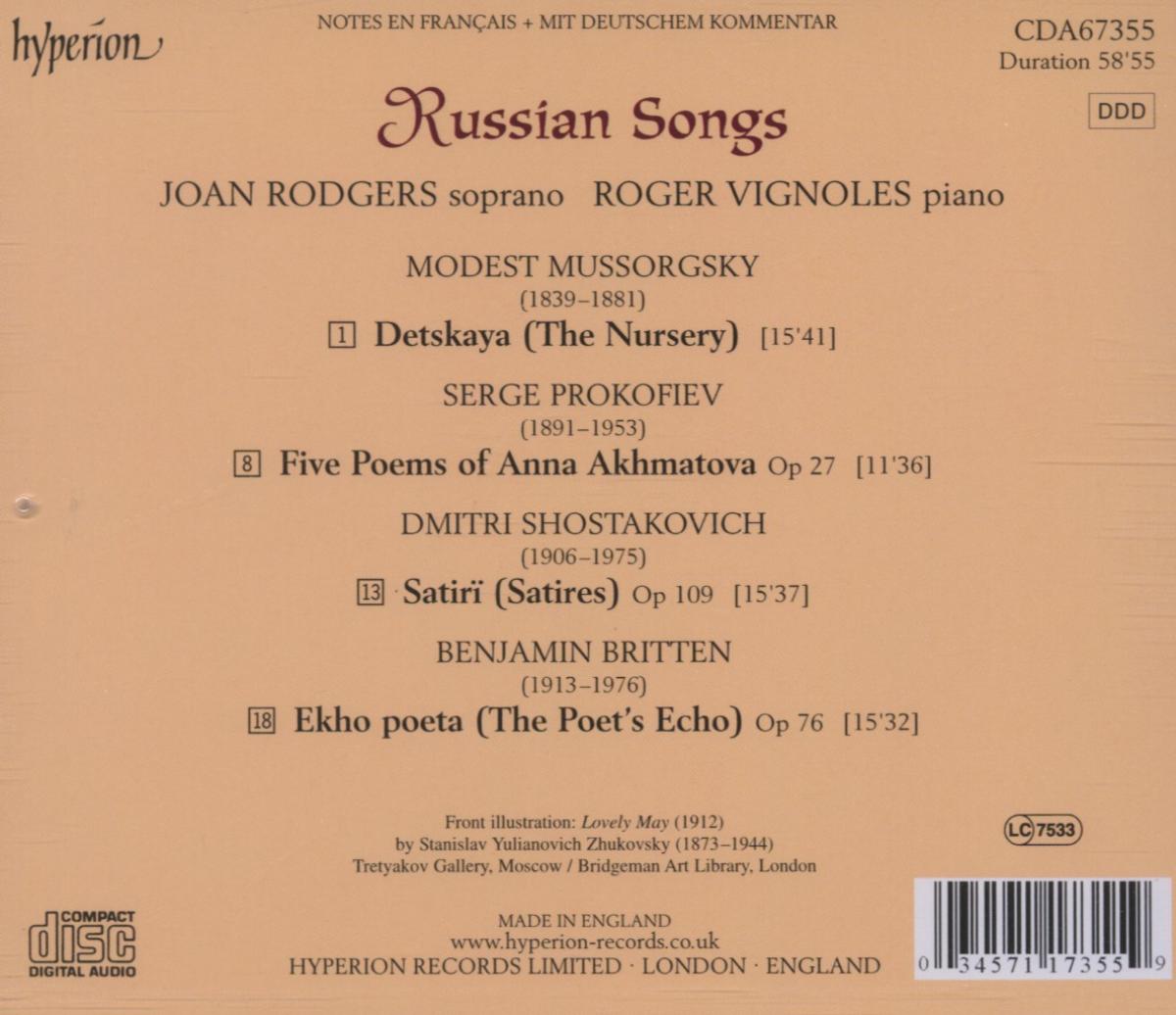 This adventurous new song recital, from this country’s leading interpreters of this repertoire, brings together divergent cycles from four masters of the genre.

From the beginning of the nineteenth century any aspiring Russian composer would have been composing songs, and by the middle of the century such songs had taken on a distinctive ‘Russian’ flavour. Musorgsky’s The Nursery became an instant hit, and has remained a core part of the repertory. Some fifty years later Prokofiev penned his Five Poems of Anna Akhmatova; hoping for some relief from his enfant terrible reputation, he can only have marvelled at their reception: ‘After these songs, many people believed for the first time that I write lyrical music.’ Inheriting from Prokofiev ‘leading Russian composer’ status – and with it the burdens of officialdom imposed by the new Soviet state –, Shostakovich still found time to write personal works such as the Satires; composed at a time of great personal tragedy, these songs combine an apparent light-hearted music tone with deeply unsettling cynicism. Shostakovich became one of the first to hear Britten’s cycle The Poet’s Echo; initially intended as an exercise to remedy his ‘obstinately bad Russian’, Britten’s cycle ended up perfectly encapsulating the gamut of human emotion found in the poetry of Pushkin he chose to set.

'This wonderful collection of four of the greatest song cycles and sets to Russian texts finds Rodgers in compelling form. The voice remains fresh and pristine enough for the childlike tones of the famous Musorgsky set, and now commands the richness of tone colour to do justice to Britten's dark Pushkin settings. Vignoles is a worthy partner in this outstanding enterprise' (The Sunday Times)

'This is Hyperion at its best: a pair of fine artists exploring a less-than-familiar corner of the repertoire. More please!' (International Record Review)

'Joan Rodgers's live recitals of Russian song, and her earlier Tchaikovsky album for Hyperion, set up huge expectations for this disc of four song cycles which have become classics of the repertoire. And it does not disappoint' (BBC Music Magazine)