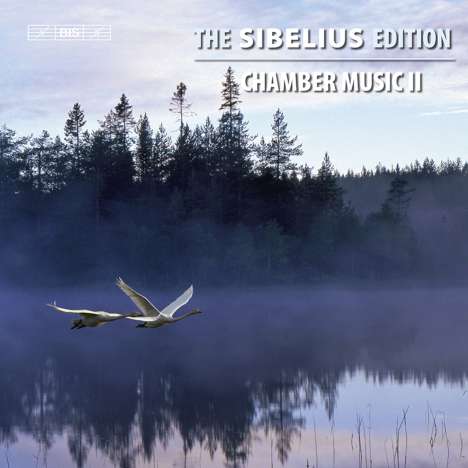 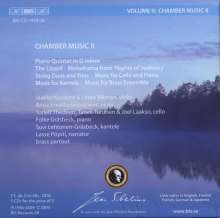 In spite of the fact that Sibelius’ chamber music is far less well-known than his orchestral works, it forms a large and important part of his production. In terms of numbers of discs it makes up a fourth of the complete recorded edition being brought out on BIS. Already released are the complete quartets and piano trios [BIS-CD-1903 / 05] and the works for violin and piano [BIS-CD-1915 / 17]; the present set focuses on his chamber music for other instrumental combinations and includes a number of world première recordings and previously unreleased material. A substantial chapter is the music for cello (solo and with piano accompaniment), much of which was written for Sibelius’ brother Christian. It is here performed by Torleif Thedéen, with the support of Folke Gräsbeck on the piano. There are also a number of duos and trios for strings, including the brief Vattendroppar (Water Drops) for violin and cello pizzicato, which is often claimed to be Sibelius’ earliest surviving composition, dated to around 1875. Another, more sizeable, rarity is the music to the play Ödlan (The Lizard), scored for string ensemble. Composed in 1909, half way between the Third and Fourth Symphonies, it was once described by Sibelius as ‘one of the most exquisite works that I have written’. This volume also includes Sibelius only work for viola and piano (‘Rondo in D minor’), as well as the world première recordings of two pieces for solo kantele, the traditional Finnish plucked-string instrument which appears in the Kalevala, the Finnish national epos that served as such an inspiration to Sibelius. Another group of works with a specifically Finnish background, are the pieces for ‘torviseitsikko’, a particular combination of seven brass instruments and percussion. These are here performed by members of the eminent German ensemble brasspartout. A varied programme then on this ninth instalment of the acclaimed Sibelius Edition, about which a reviewer in Fanfare has already predicted that it ‘will certainly be considered a landmark in the history of recording’.