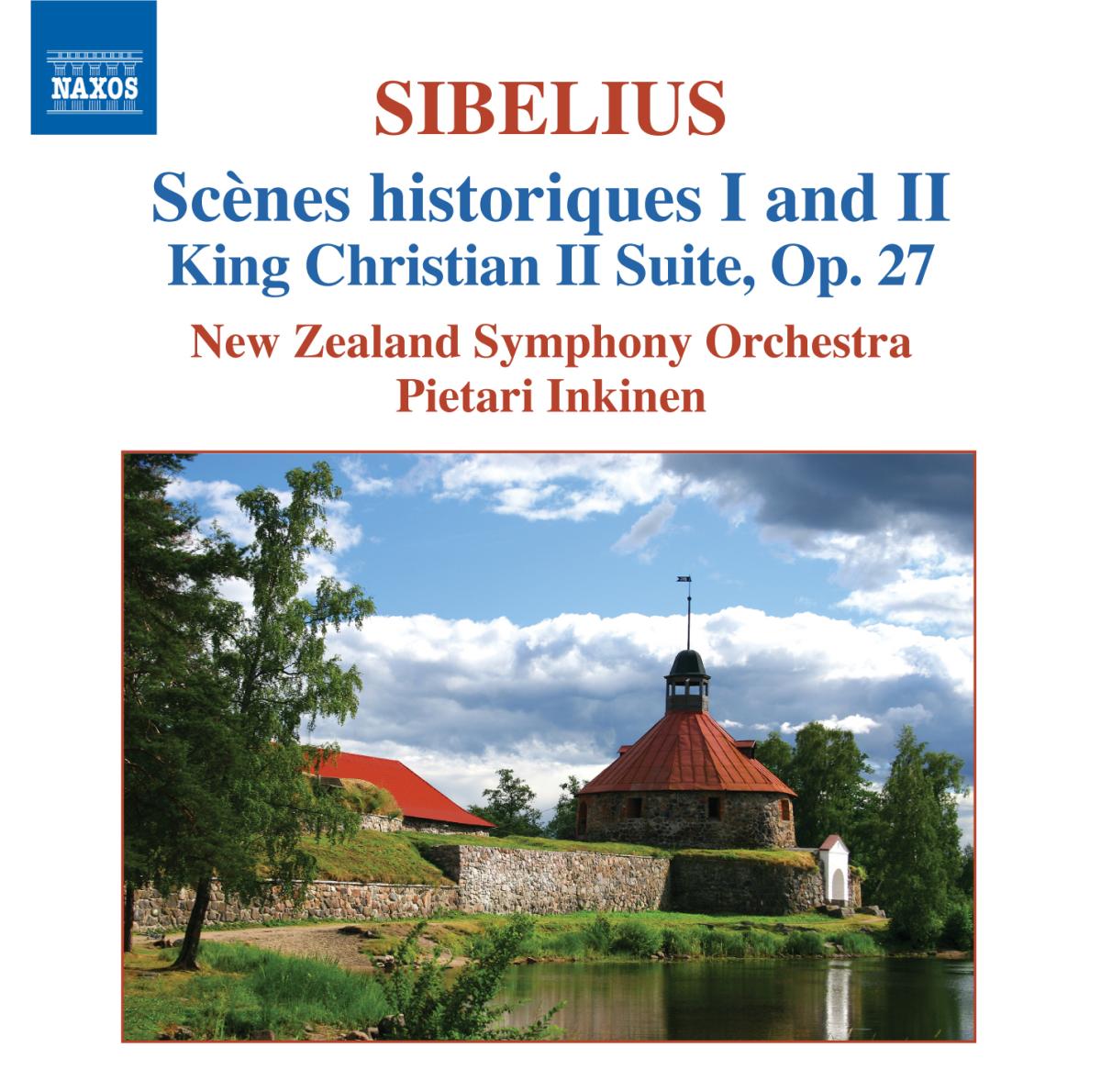 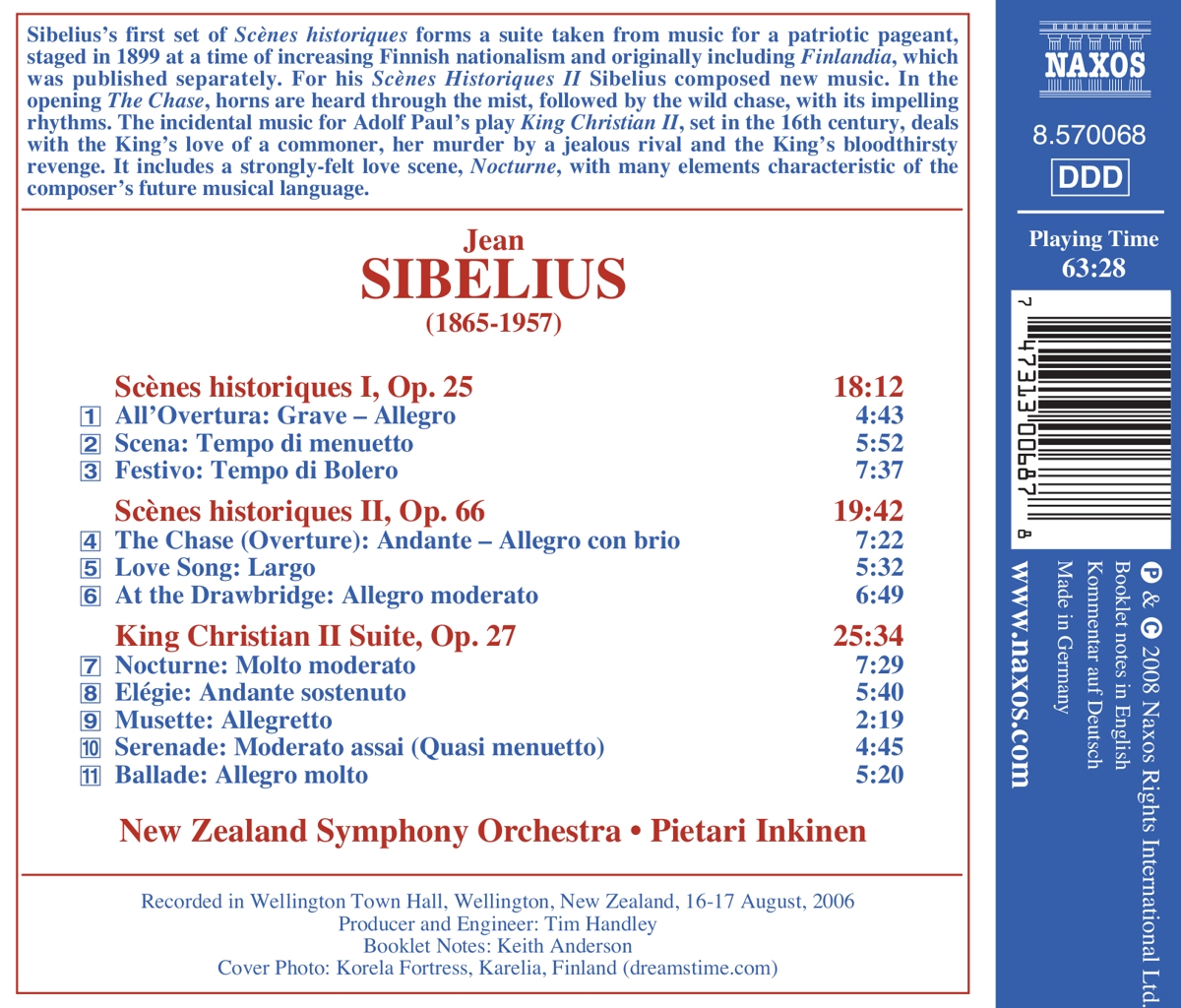 Bewertung:
umgehend lieferbar, Bestand beim Lieferanten vorhanden
EUR 7,99*
Portofrei innerhalb Deutschlands
Sibelius's first set of Scènes historiques forms a suite taken from music for a patriotic pageant, staged in 1899 at a time of increasing Finnish nationalism and originally including Finlandia, which was published separately. For his Scènes Historiques II Sibelius composed new music. In the opening The Chase, horns are heard through the mist, followed by the wild chase, with its impelling rhythms. The incidental music for Adolf Paul's play King Christian II, set in the 16th century, deals with the King's love of a commoner, her murder by a jealous rival and the King's bloodthirsty revenge. It includes a strongly-felt love scene, Nocturne, with many elements characteristic of the composer's future musical language.