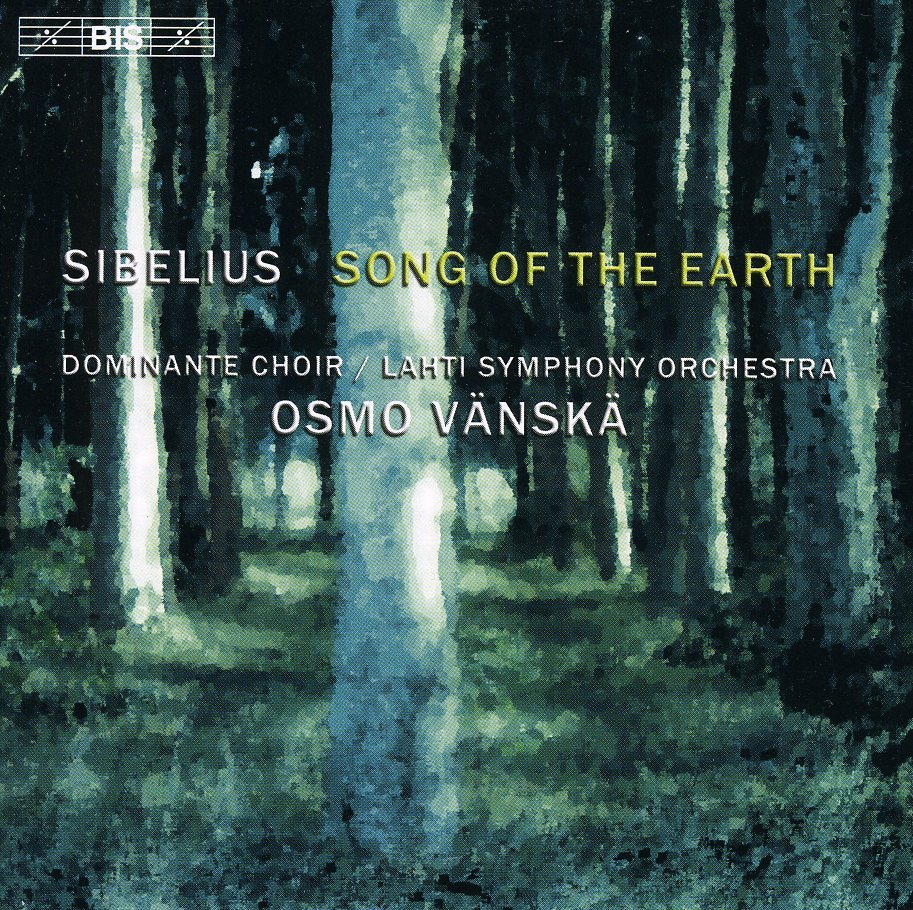 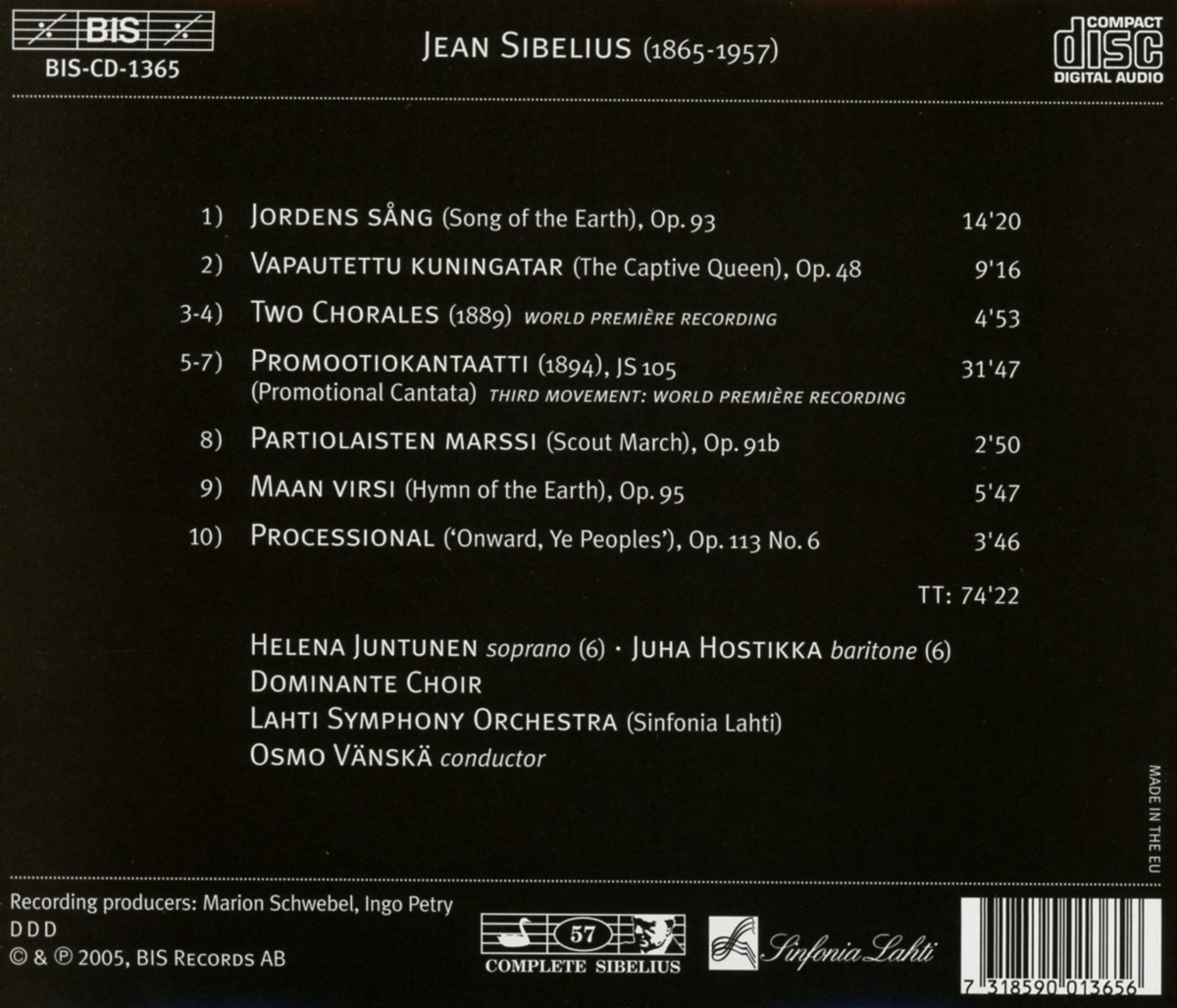 lieferbar innerhalb einer Woche
(soweit verfügbar beim Lieferanten)
EUR 19,99*
Versandkosten
This disc of works for choir and orchestra spans the years between 1889 (Two Chorales) and 1938 (Processional), and may be considered a sequel to Snöfrid (BIS-CD-1265) which was released in 2004 to great acclaim. (Classics Today. com made it their Disc of the Month calling it an “extremely enjoyable disc” while Fono Forum described it as “a wonderful example of Scandinavian expressivity.”) As might be expected, these are works that were composed for specific occasions: Song of the Earth (with text in Swedish) was written for the inauguration of the Swedish language university of Åbo, and The Captive Queen for the centenary of the birth of the Finnish nationalist.

statesman Johan Vilhelm Snellman (an occasion for the Finns to make a show of their independent spirit to their Russian masters.) Processional was originally part of the Masonic Ritual Music, Op. 113, which Sibelius composed for the newly established Finnish Masonic lodge, and later adapted for non-Masonic use, now using an English translation of the text, originally in Swedish. The two short chorales, recorded for the first time here, were written as academic exercises during Sibelius’s stay in Berlin, and are interesting as they most probably represent the great symphonist’s first attempts at writing orchestral music.

As on the previous disc, it is Osmo Vänskä and the Lahti Symphony Orchestra who breathe life into these often forgotten works. On the present disc they are joined by the Dominante Choir, whose previous appearances on BIS have been much appreciated.