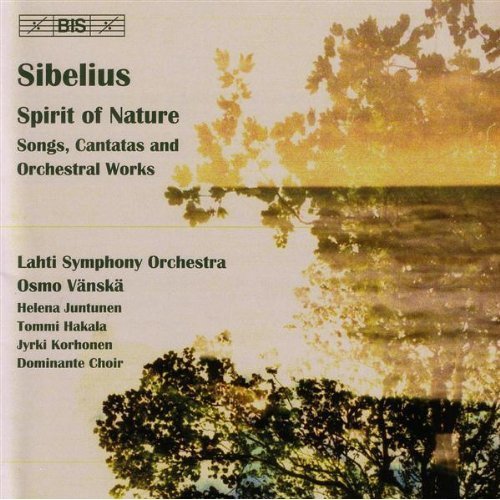 Bewertung:
lieferbar innerhalb einer Woche
(soweit verfügbar beim Lieferanten)
EUR 19,99*
Portofrei innerhalb Deutschlands
Following up on the recently released Song of the Earth and Snöfrid we present another disc with works for voices and orchestra by Sibelius. The attractive mix of choral cantatas, solo songs with orchestra and purely orchestral works span the years 1891-1926, and thereby the great part of the composer's active career. In Kullervo's Lament, Luonnotar ('Spirit of Nature') and Väinämöinen's Song it was the Finnish national epos Kalevala which once more provided Sibelius with inspiration and lyrics. The other six vocal works in the programme are settings of poems by Swedish poets, four of them by Viktor Rydberg, whose texts Sibelius used on many occasions. Some of these settings were originally conceived for voice and piano, and are here recorded in the rarely heard orchestral versions. (The disc actually contains five world première recordings.) Interspersed with these works are the youthful Overture in E major and Scène de ballet - Sibelius's first surviving independent orchestral pieces, conceived as the first two movements of a symphony that was never completed - and the later Pan and Echo, a 'dance intermezzo' written in the spring of 1906. The programme is performed by Lahti Symphony Orchestra and Osmo Vänskä, a team which has been described as 'the pre-eminent Sibelius interpreters of our day'. The Dominante Choir has previously participated on acclaimed BIS recordings such as that of the opera Aino by Erkki Melartin (BIS-CD-1193 / 94) and the soloists Helena Juntunen, Tommi Hakala and Jyrki Korhonen all belong to the finest Finnish singers of the younger generation.