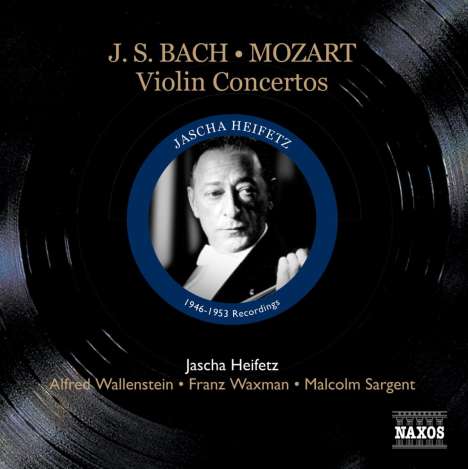 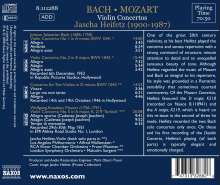 One of the great 20th century violinists, at his best Heifetz played the concerto and sonata repertoire with a strong command of structure, minute attention to detail and an unequalled sensuous beauty of tone. Although Heifetz regarded the music of Mozart and Bach as integral to his repertoire, his style was grounded in a Romantic sensibility that sometimes courted controversy. Of the Mozart Concertos, Heifetz favoured the D major, K218 (recorded on Naxos 8.110941) and the A major, K219, which is heard on this re-issue in the second of three he made. Heifetz recorded the two Bach solo concertos only once. On these and his first recording of the Double Concerto, Heifetz's playing (of both parts) is typically elegant and emotionally charged.