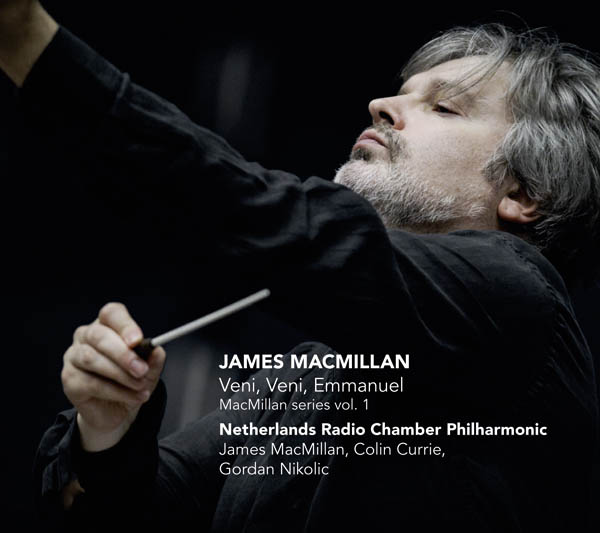 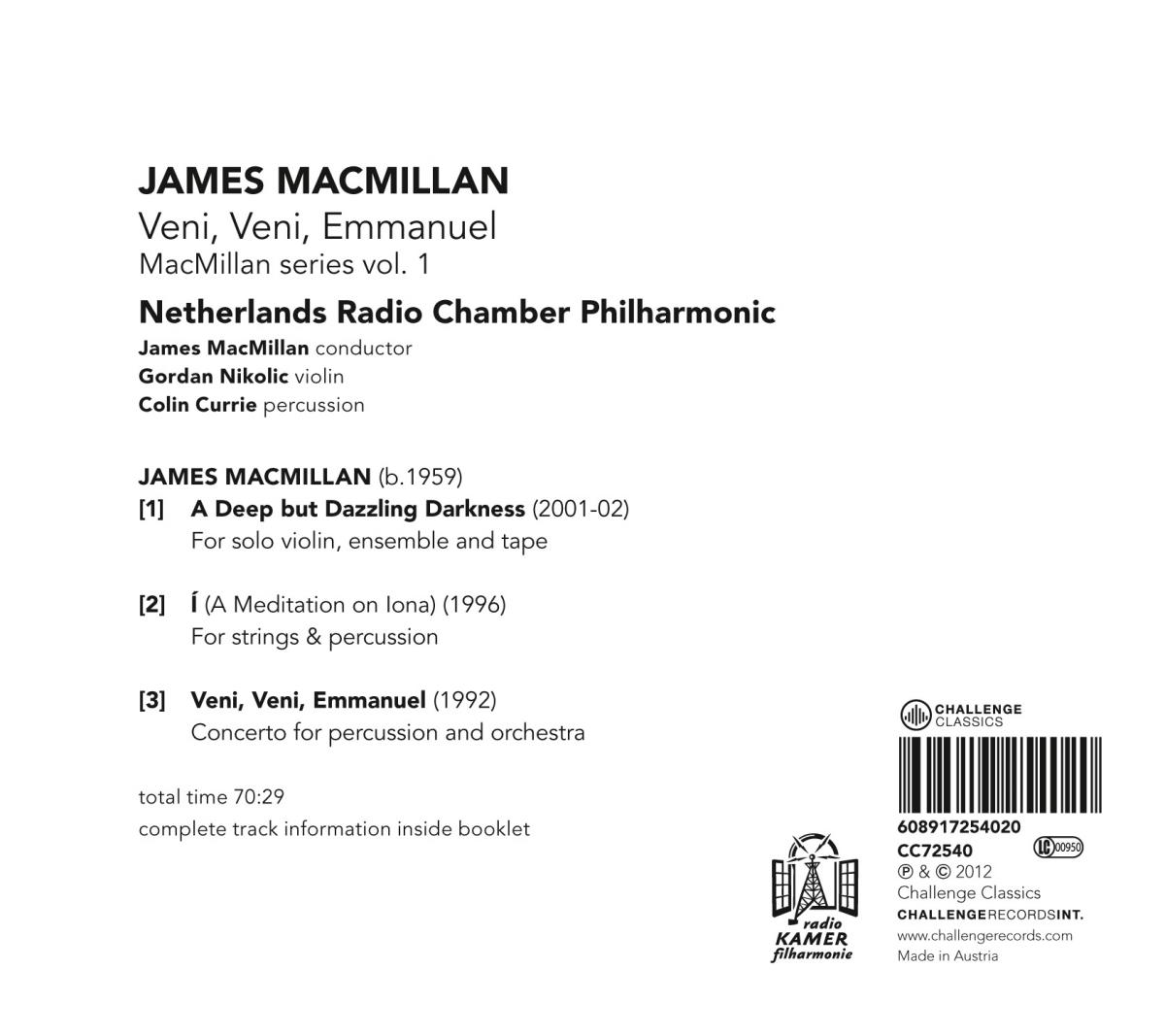 The music of James MacMillan may often be heard and understood on more than one level. As well as following the purely musical argument, the listener is often also following in parallel explorations of social and theological issues. This is very much the case with his remarkable percussion concerto Veni Emmanuel, written for Evelyn Glennie in 1992.

The work is cast in one movement, but subdivided into eight short sections, alternating in mood between expectancy and celebration, and its musical material is derived entirely from the 15th century French Advent hymn Veni, veni Emmanuel (“O come, o come, Emmanuel”). The full melody in fact appears only near the work’s conclusion, and the work might therefore be seen as a gradual “revelation” of the message of Advent, the awaiting of the coming of Christ. Liturgical connections are further manifest in the title of the first section, “Introit”, the presence of two “Sequences” (sections 4 and 6) and a “Chorale” (section 7).

James MacMillan has been presented with the prestigious ABO Award at the Association of British Orchestras’ annual conference (2012)! Each year this award is given to a person or organisation considered to have contributed greatly to orchestral life across the country. Previously recipients of the award, which dates back to 1990, include Sir Colin Davis, Sir Neville Marriner, Sir Charles Mackerras and Richard Hickox.

Volume 1 in the MacMillan series!