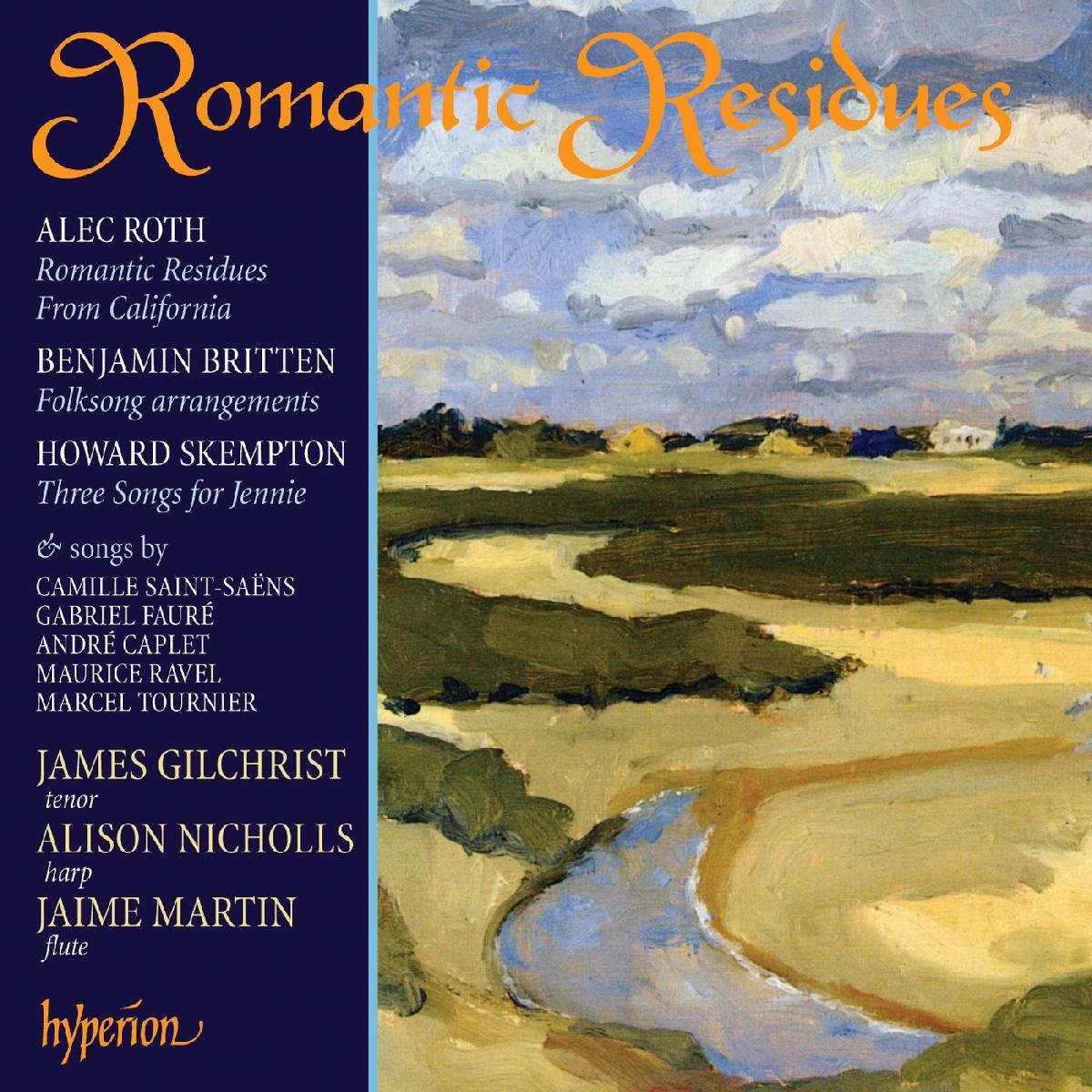 James Gilchrist is one of the finest British tenors of today, acclaimed as a concert soloist, a recitalist and a recording artist, each latest event eliciting more rapturous comments from critics and audience alike. In his first solo disc for Hyperion, he features in a fascinating recital of English, French and American music for tenor, harp and flute.

What do we remember of our past romantic encounters? This is the theme of ›Romantic Residues‹, the opening section of Vikram Seth's collection of verse All You Who Sleep Tonight, first published in 1990. There are nine poems in all, varying widely in content and mood—from the light and whimsical to the melancholy and dark. The songs were commissioned by the Bury St Edmunds Festival and composed for James Gilchrist and Alison Nicholls who gave the first performance. This charming, impeccably-performed collection of morceaux and mélodies also includes works by Britten, Saint-Saëns, Ravel and Fauré.

»[Britten] Beautifully played here by Alison Nicholls. Gilchrist sounds quite at home in the Welsh songs … An interesting and intelligent singer, well served by his distinguished accompanists« (BBC Music Magazine)

»Roth has an ear for gracious, melodic vocal writing and his style is impressively cool and simple … Ravel's gorgeous Five Popular Greek Melodies … give a sense of Gilchrist's wide-ranging artistry, and also show what an excellent performer and accompanist Nicholls is on the harp« (Classic FM Magazine)

Folk Songs / Volkslieder-Arr. in 7 Abt.: Auswahl