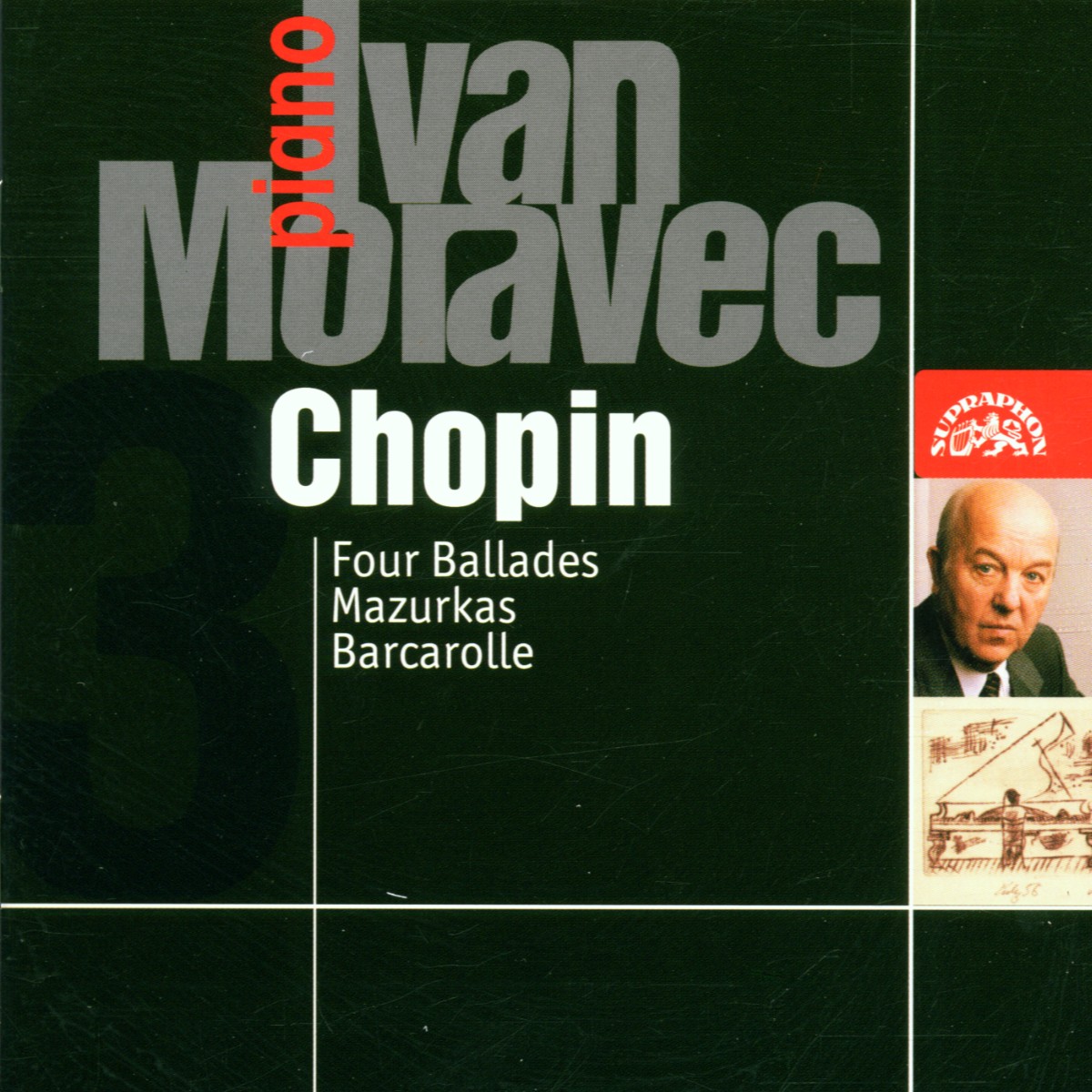 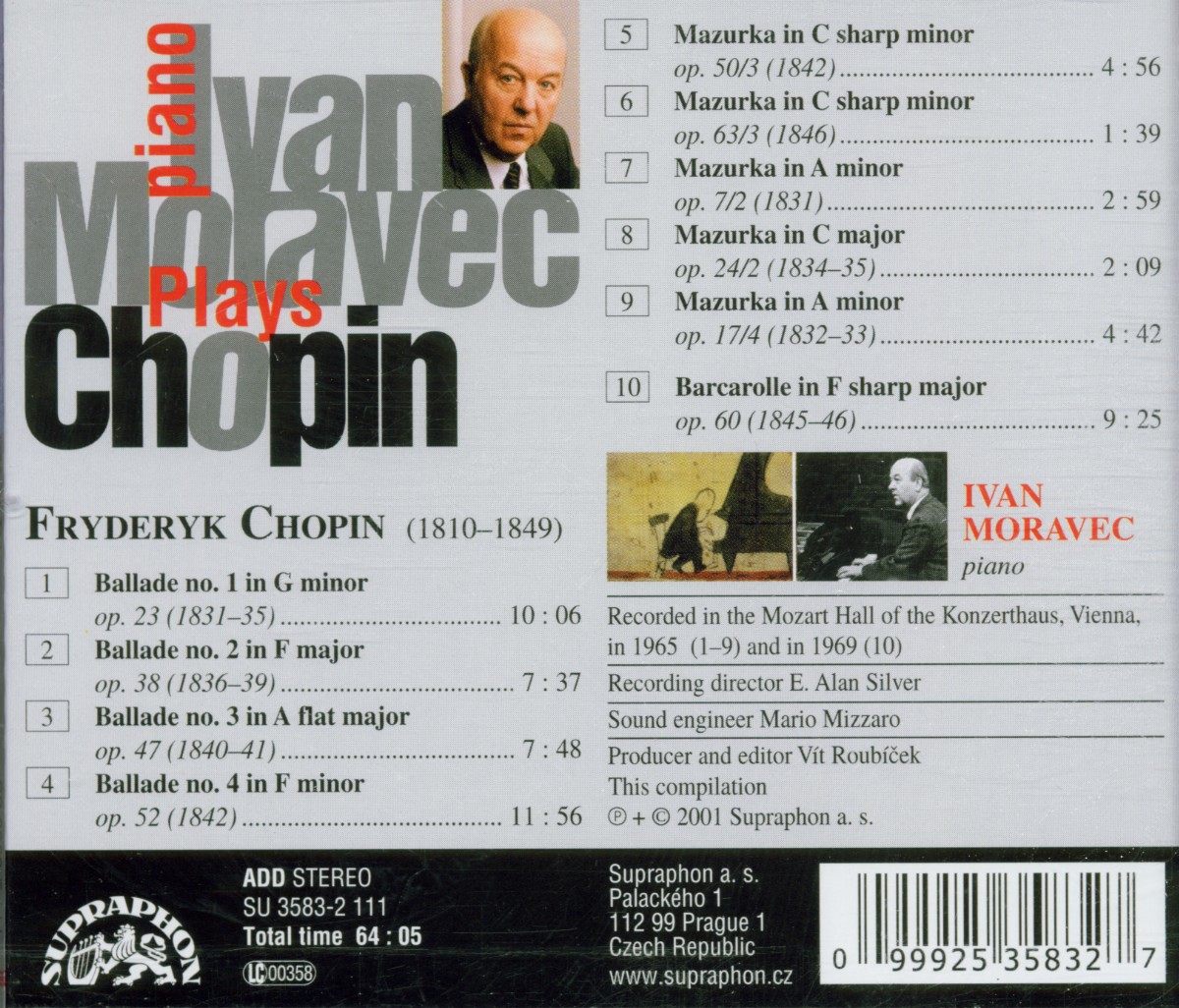 The Czech pianist Ivan Moravec (b. 1930) is in full creative swing still in his seventies; his performances worldwide have continued to amount to dozens each year. It can now be safely said that throughout the latter half of the past century his international renown had no peer in the Czech piano-playing community. He embarked on his career in the 1950s; notwithstanding the atmosphere of the time which imposed many painful constraints on artists in Eastern Europe, he gave convincing proofs of his formidable talent to audiences in Italy, Austria and Britain, and in 1962 made his debut in the U. S.A. Since then he has regularly appeared in the majority of the world´s most prestigious concert venues, and has made dozens of recordings many of which have received international awards. Ivan Moravec is the sole Czech pianist to have been included in the recently compiled large 100-volume Philips CD anthology of Great Pianists of the 20th Century.

To make the artist´s portrait as representative as possible, we made sure it would encompass his greatest musical loves, ranging from Mozart through Ravel. Thus we were able to recapture Moravec´s readings of classics spanning nearly one and a half century. To be sure, Moravec´s repertoire is not borderless, nor are his renditions prodigiously spectacular; instead, everything he has ever played has unfailingly impressed his listeners by his art´s immaculate sonic elaboration and unostentatious technical perfection.

This cross-section of Ivan Moravec´s lifelong recording studio production is dominated by his American takes dating from the second half of the 1960s, never previously released in Europe. The representative series is available either in separate volumes, or on a reduced-price basis, as a boxed four-CD complete set.