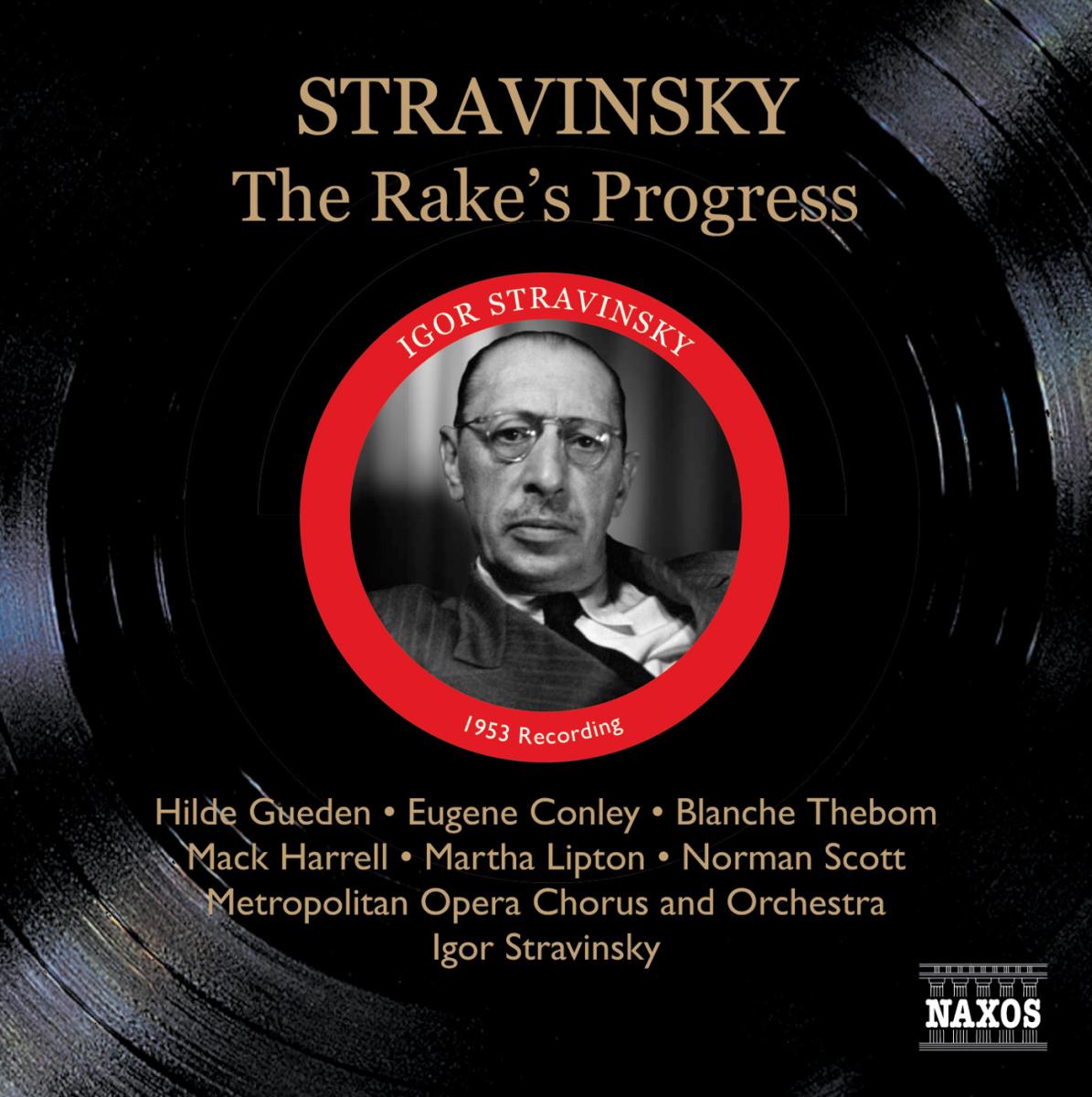 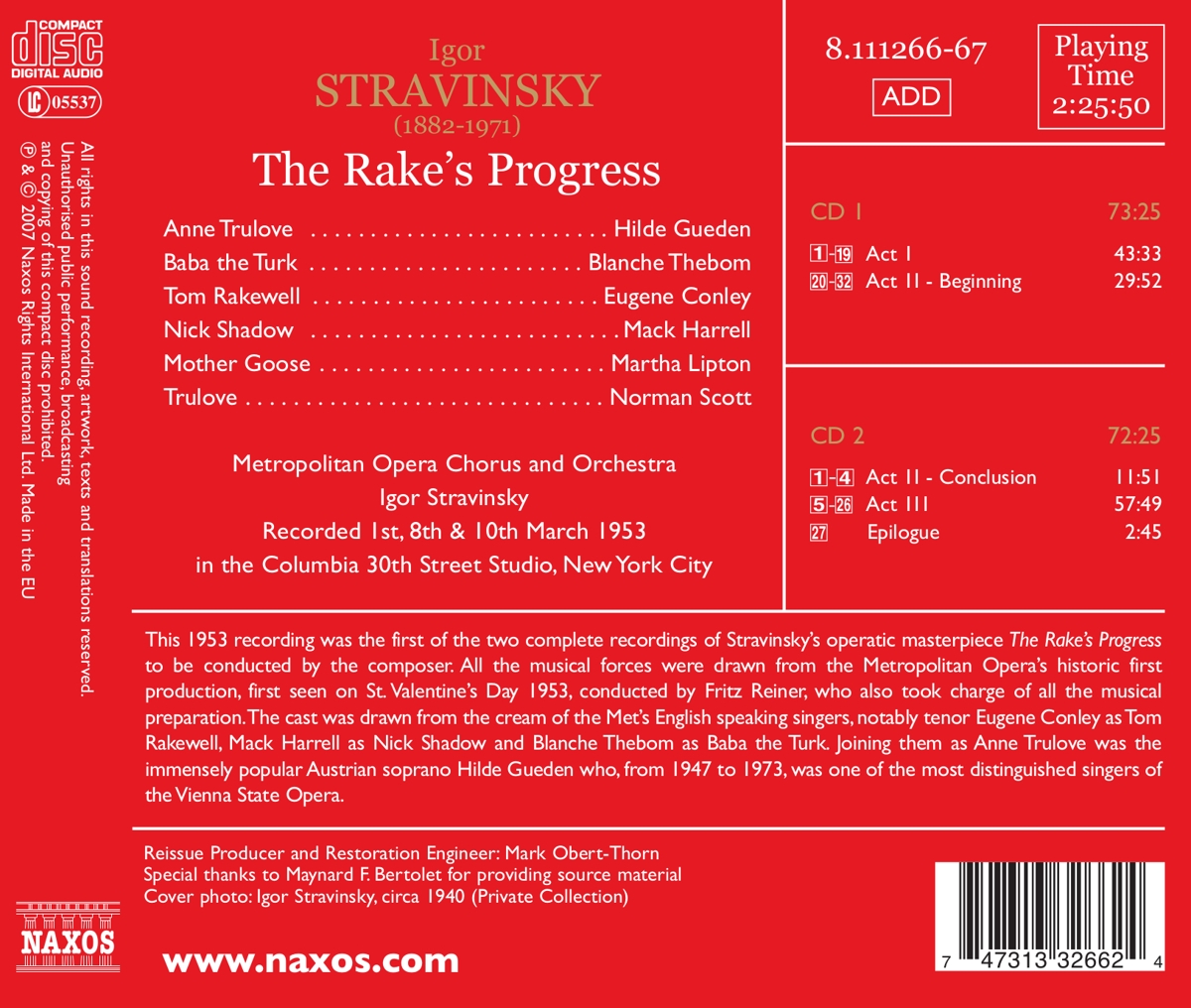 Bewertung:
umgehend lieferbar, Bestand beim Lieferanten vorhanden
EUR 12,99*
Portofrei innerhalb Deutschlands
This 1953 recording was the first of the two complete recordings of Stravinsky's operatic masterpiece The Rake's Progress to be conducted by the composer. All the musical forces were drawn from the Metropolitan Opera's historic first production, first seen on St. Valentine's Day 1953, conducted by Fritz Reiner, who also took charge of all the musical preparation. The cast was drawn from the cream of the Met's English speaking singers, notably tenor Eugene Conley as Tom Rakewell, Mack Harrell as Nick Shadow and Blanche Thebom as Baba the Turk. Joining them as Anne Trulove was the immensely popular Austrian soprano Hilde Gueden who, from 1947 to 1973, was one of the most distinguished singers of the Vienna State Opera.