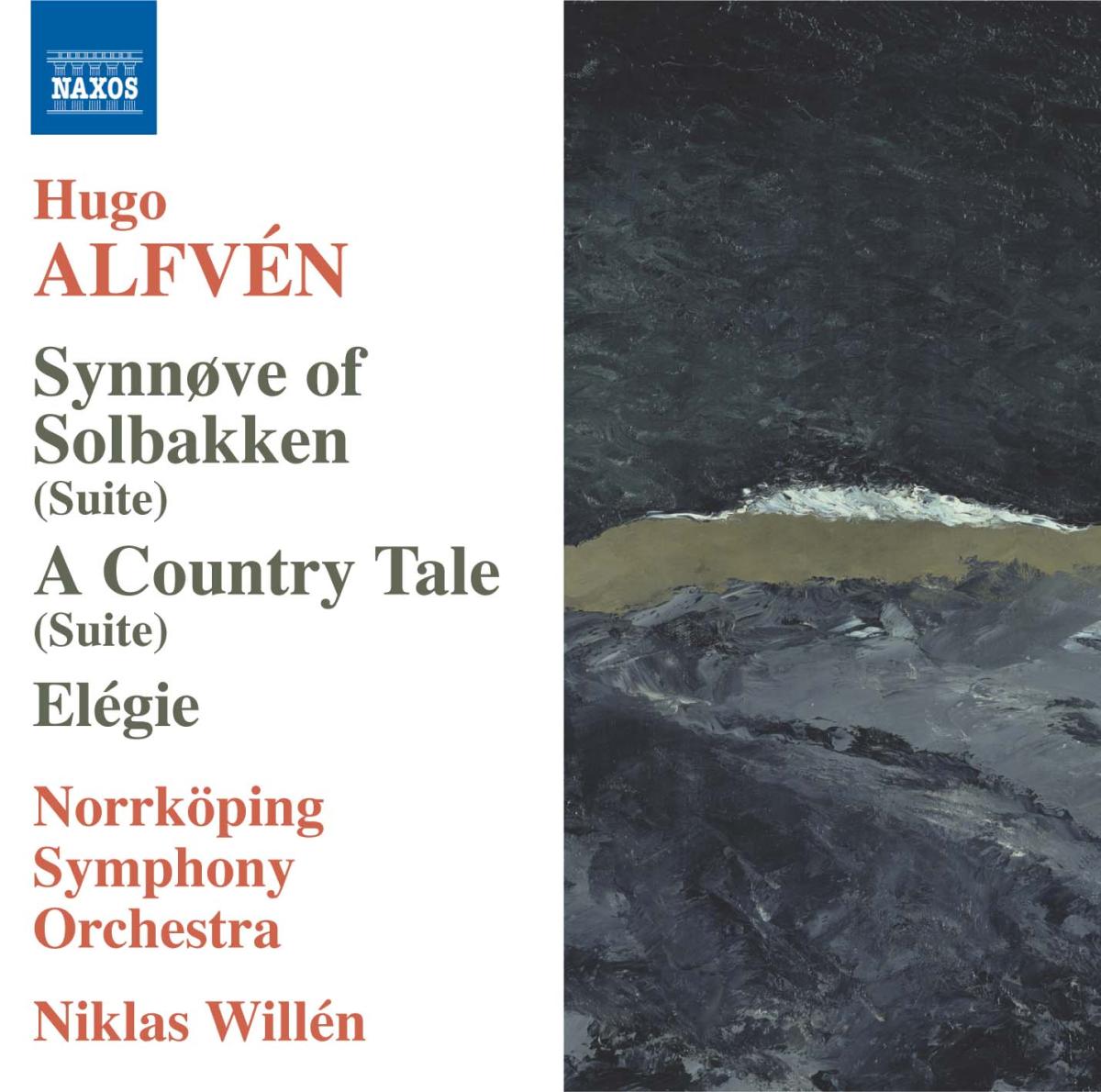 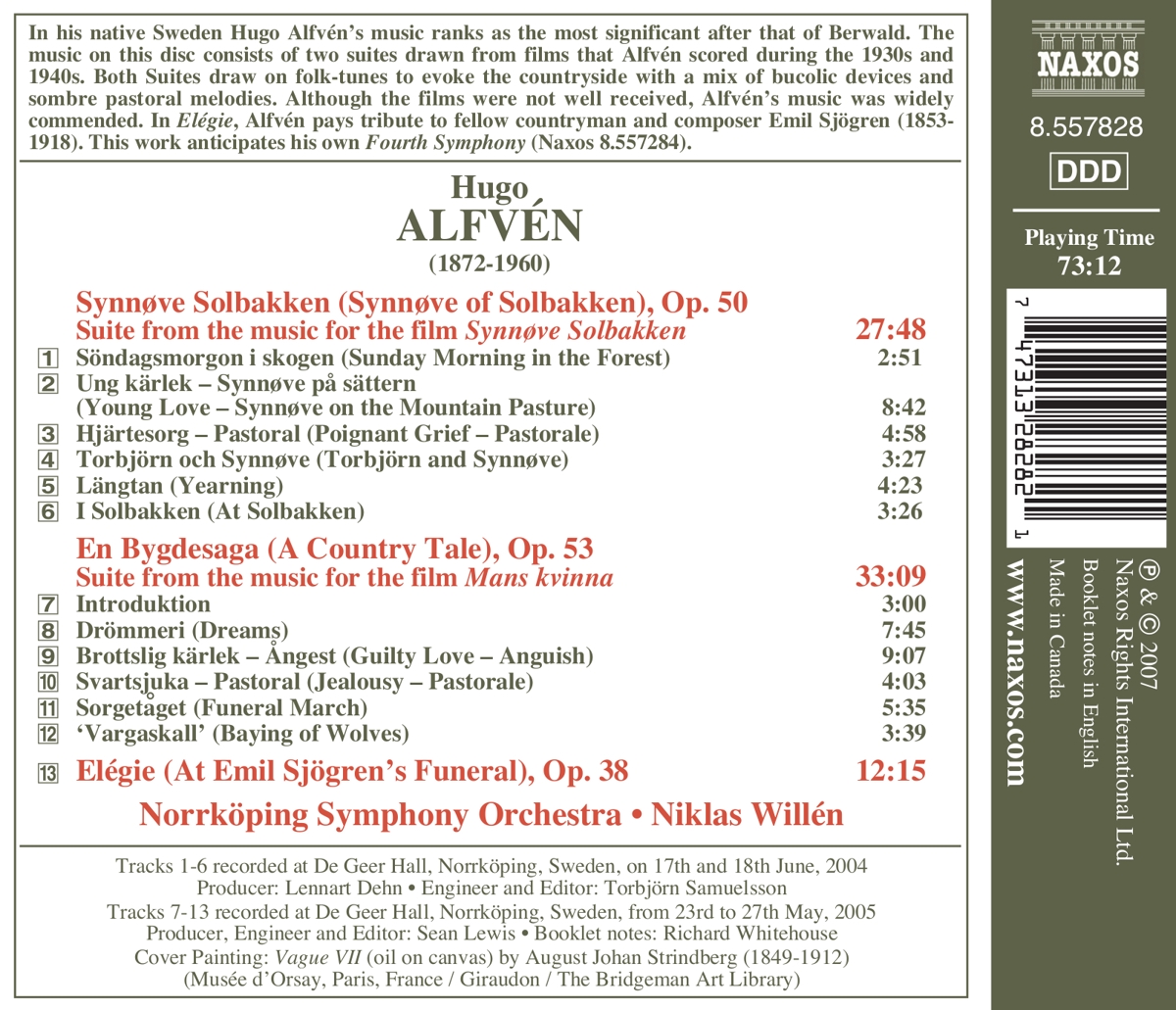 Bewertung:
Nur noch 1 Stück am Lager. Danach versandfertig innerhalb einer Woche (soweit verfügbar beim Lieferanten)
EUR 9,99*
Versandkosten
In his native Sweden Hugo Alfvén's music ranks as the most significant after that of Berwald. The music on this disc consists of two suites drawn from films that Alfvén scored during the 1930s and 1940s. Both Suites draw on folk-tunes to evoke the countryside with a mix of bucolic devices and sombre pastoral melodies. Although the films were not well received, Alfvén's music was widely commended. In Elégie, Alfvén pays tribute to fellow countryman and composer Emil Sjögren (1853-1918). This work anticipates his own Fourth Symphony (Naxos 8.557284).