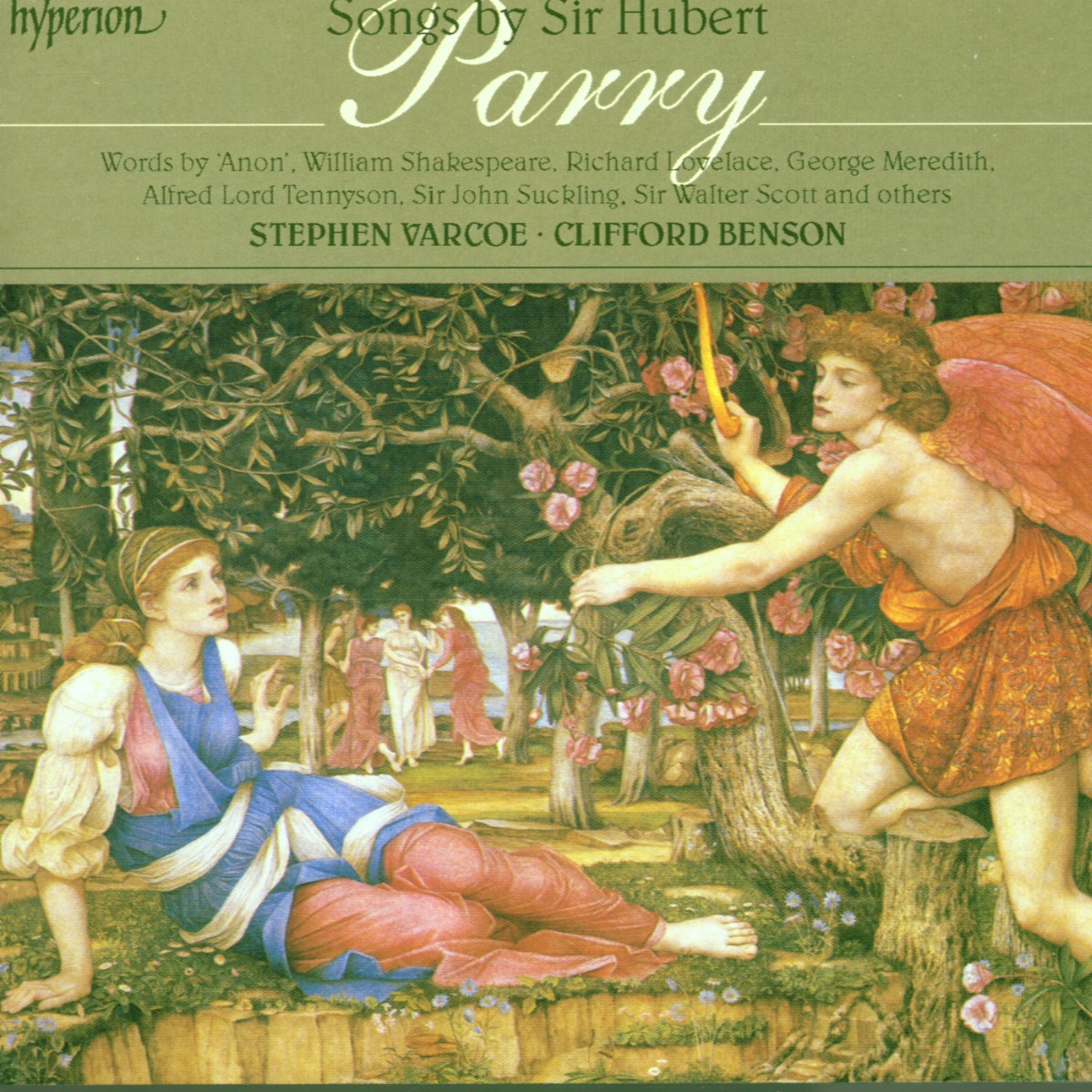 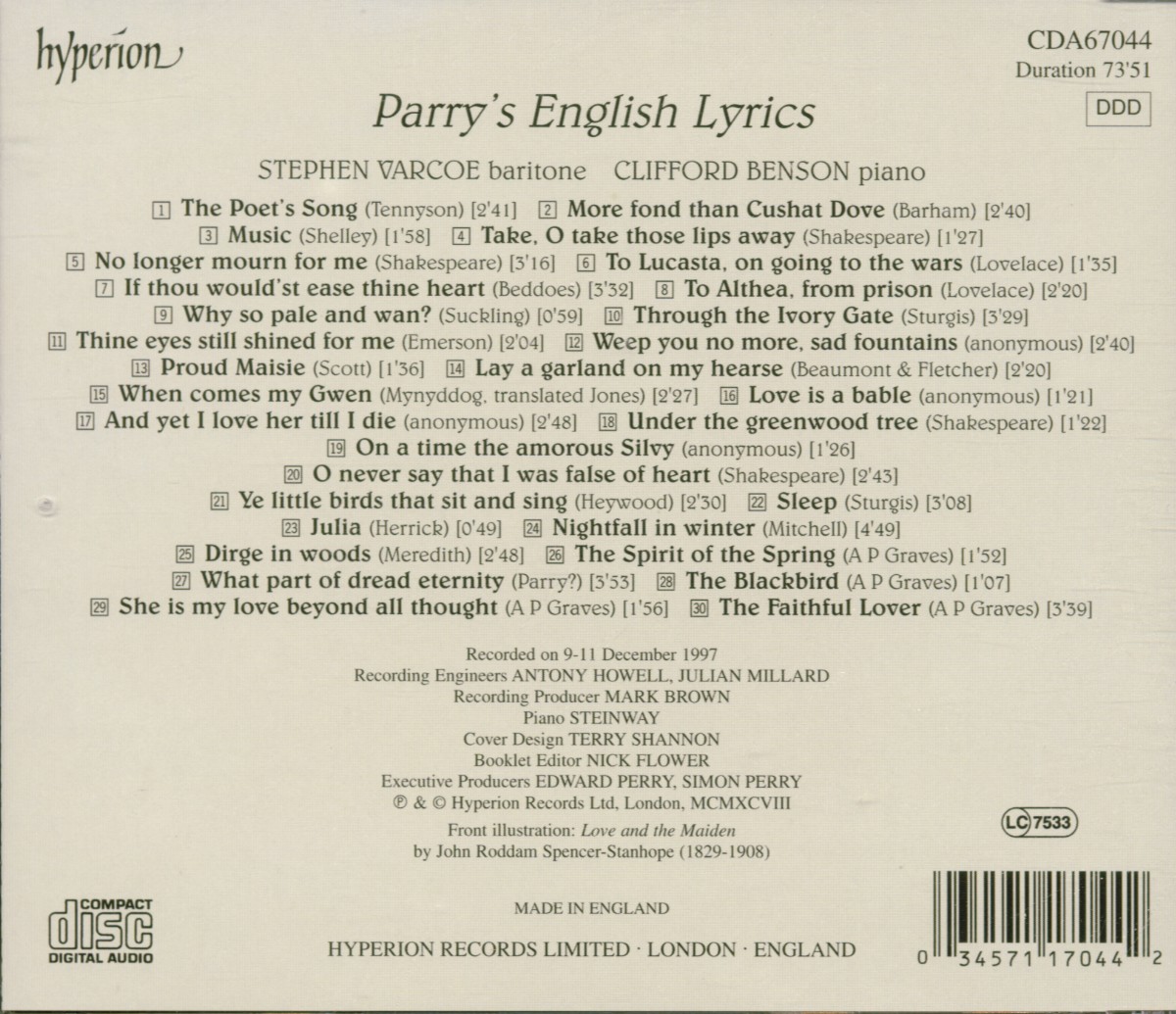 Parry's star seems at last to be in the ascendant. And not before time. Although respectably prolific, his style began to appear rather old-fashioned upon the appearance of Elgar early in the century, and this assessment has persisted until comparatively recently. Consequently a shamefully small proportion of his music has so far been recorded. But things are changing and Parry is being seen as more than just the composer of Jerusalem and I was glad. Last month saw our issue of the first recording of his oratorio Job. This month we present a CD's-worth of Parry's songs (30 of them), largely drawn from his 12 sets of English Lyrics written between about 1885 and 1920. The vast majority of them have never been recorded before.

Stephen Varcoe's ardent championship of them here should do much to encourage other singers to add them to their repertoire.