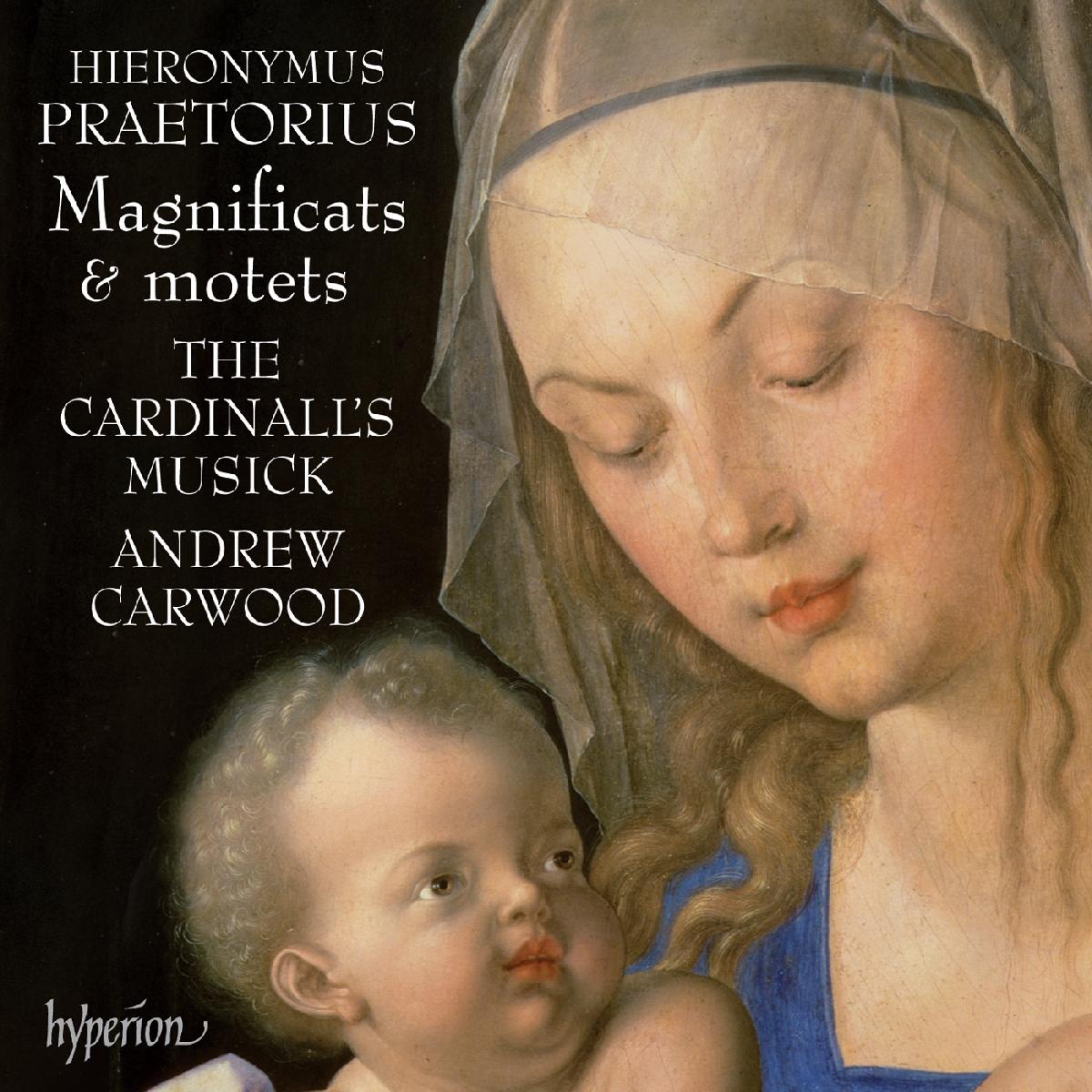 Hyperion is delighted to present a new disc from The Cardinall’s Musick under their inspirational director, Andrew Carwood.

The music of Hieronymus Praetorius is as assured, expressive and original as the Dürer image which adorns the CD cover. Yet this fine composer is much less well-known than his namesake (but not relation) Michael Praetorius.

Hieronymus Praetorius was organist of the Jacobikirche in Hamburg from 1586 until the end of his life. This somewhat sheltered background belies the sophisticated range of his works which are written in a variety of forms including the jubilant Venetian polychoral style. The composer’s highly individual voice, direct and yearning yet with a madrigalian lightness, pervades throughout.

Praetorius’s works were published in a number of editions during his lifetime. A collected edition of the sacred music of Hieronymus Praetorius was issued between the years of 1616 and 1625; this collection included hitherto unpublished music as well as reissues of already available works. The 1622 volume presents the most daring versions of many of the pieces recorded here and contains Praetorius’s second (and previously unpublished) Magnificat quinti toni (‘in the fifth tone’) to which are attached polyphonic arrangements of the popular medieval tunes Joseph, lieber Joseph mein and In dulci iubilo. This later setting of the fifth-tone Magnificat is Praetorius’s masterpiece.

The Cardinall’s Musick gives an impeccable yet delightfully extroverted performance of these fascinating works.

'The often highly expressive, sometimes quirky, and always well-crafted Magnificats and motets of Hieronymus Prateorius are a fine example of the strength-in-depth of German musical creativity. Andrew Carwood and The Cardinall's Musick ardently relish the interplay of voices in the eight-art scorings … the overall impression is compelling, fresh and immediate' (Choir & Organ Magazine)

'Hieronymus Praetorius gains his place in the sun with this outstanding release. The 16th-century organist and composer emerges as a master of vivid choral contrasts and effects' (Classic FM Magazine *****)