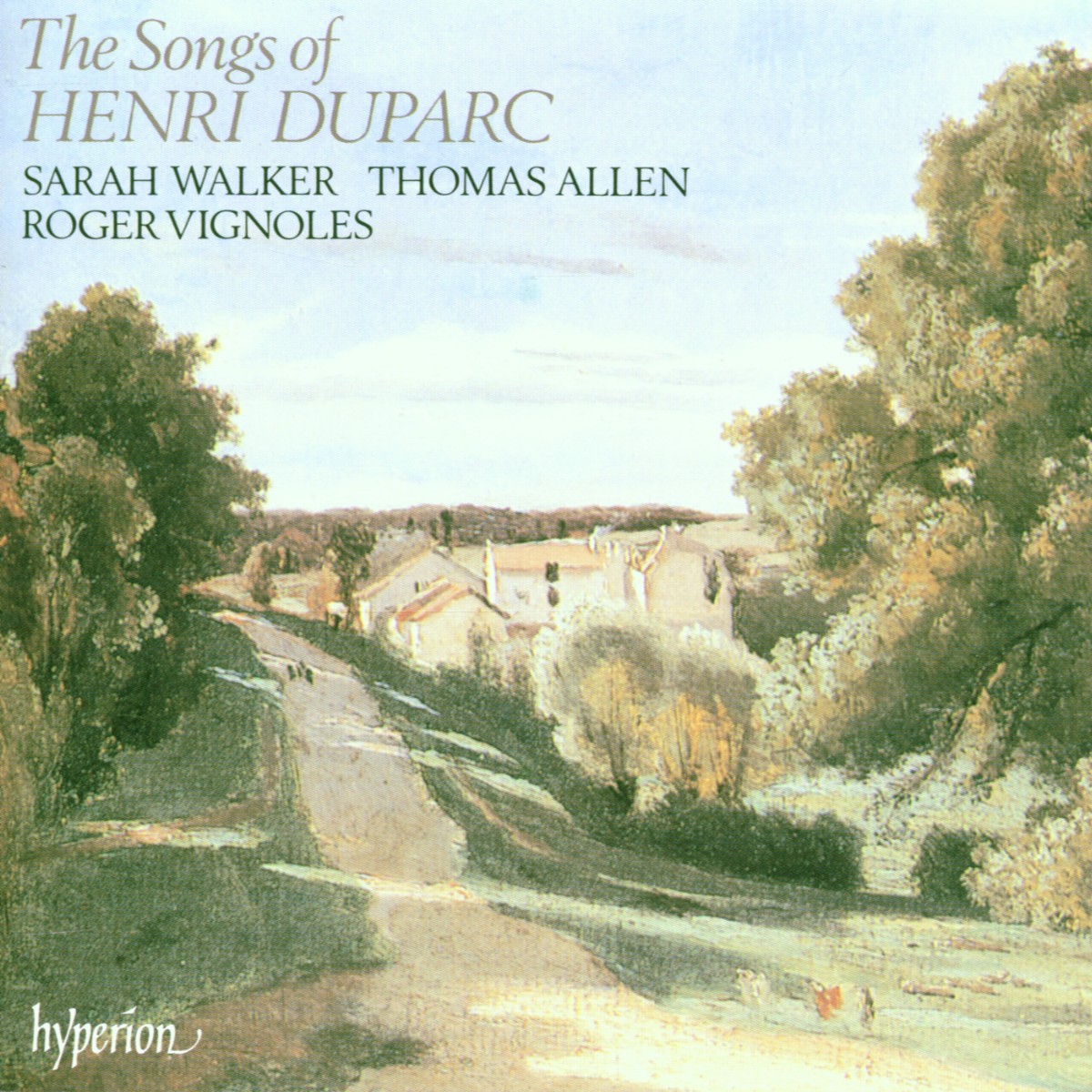 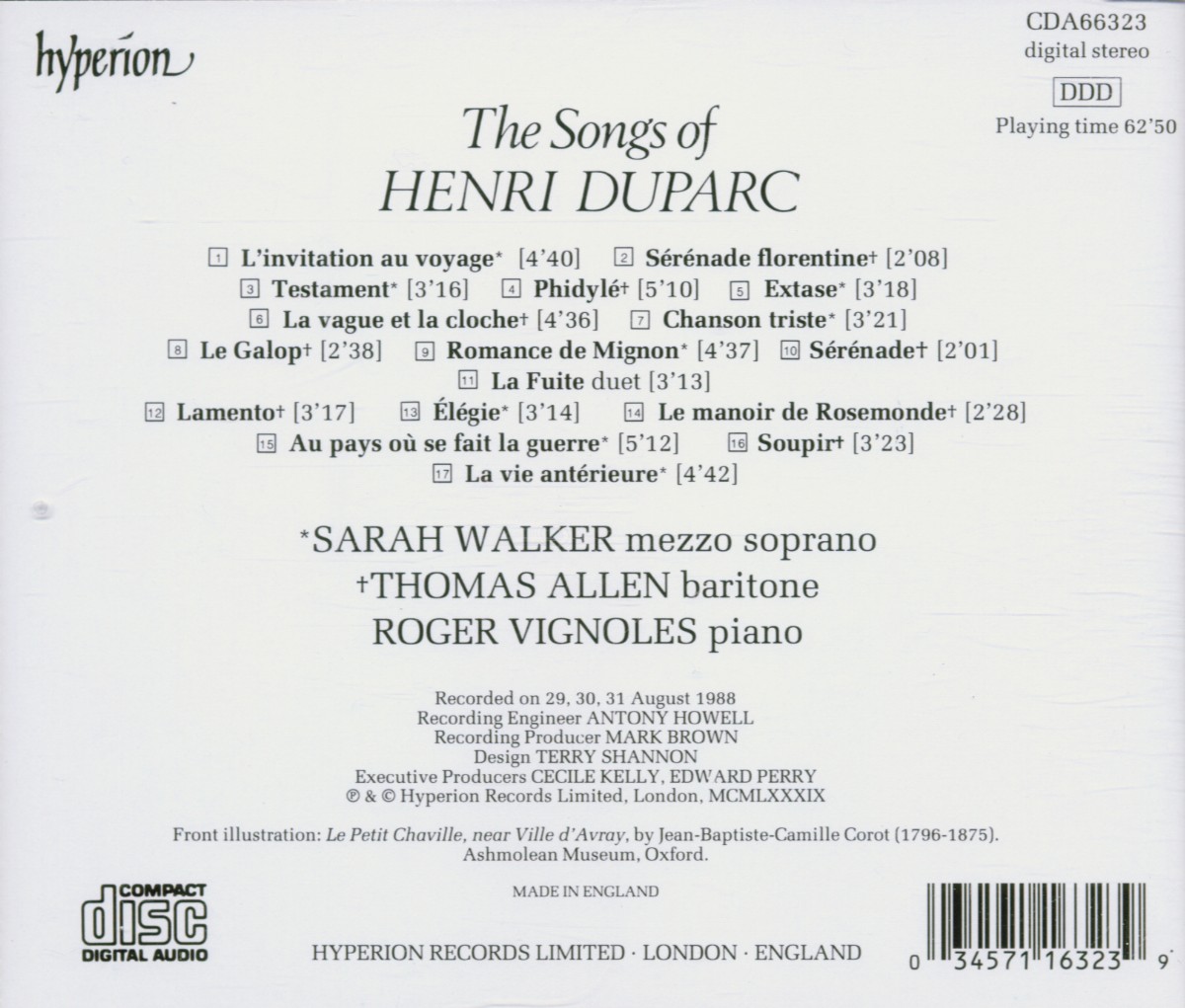 Marie Eugène Henri Fouques-Duparc, who shortened his name to Henri Duparc on the advice of a music publisher, was born in 1848. By the time he was thirty-five he had completed the handful of songs which were to assure his immortality. He wrote no more until he died aged eighty-five in 1933.

As a boy Duparc studied at a Jesuit school in Paris where the music teacher was César Franck. At first he was more interested in the law than in music. Gradually Franck, sensing an inborn talent, encouraged his aptitude for music by giving him Bach and Beethoven scores to read. At the age of nineteen Duparc composed a cello sonata and soon Franck was describing him as his most gifted pupil. Two years afterwards he published a suite of piano pieces, and in 1870 he brought out his first collection of songs which included Chanson triste and Soupir. A visit to Munich with his friend Saint-Saëns for the premiere of Die Walküre was a revelation to him and he became a confirmed Wagnerian. Five years later he wrote the symphonic poem Lénore inspired by the Bürger ballad, a Romantic tale about a girl who, awaiting news of her lover away at the wars, prays for death to release her from her anguish. Her prayer is granted when a stranger calls and takes her on a nightmare ride across country to a graveyard where he reveals himself to be Death in person.

Lénore was Duparc’s only major orchestral work and, apart from an opera based on a Pushkin story with which he tinkered for some ten years before destroying it in a fit of despair, he was to complete only the dozen or so mélodies for which he is famous. These were produced during the extended rush of high inspiration that lasted throughout his early manhood. As a perfectionist who was his own severest critic, he ceaselessly revised and polished them, destroying far more than he ever allowed to be published.

'Another impressive first for Hyperion. There are few singers in Britain today more at home in the French language, and both are well attuned to Duparc's subtle and refined musical world! (BBC Record Review)

'Roger Vignoles is a most sympathetic accompanist, and virtuosic where virtuosity is called for, and the whole set is at one with Duparc's own evaluation of these magnificent songs' (Gramophone)

'For a disc of all 17 of Duparc's melodies, the clear first choice is Sarah Walker and Thomas Allen' (BBC Music Magazine)