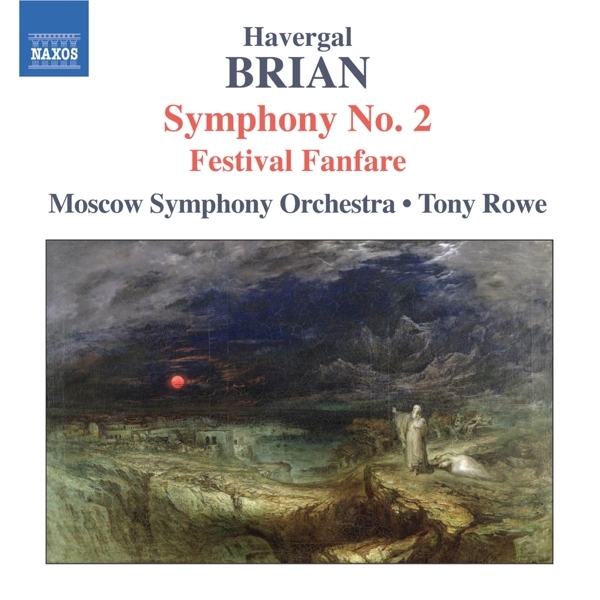 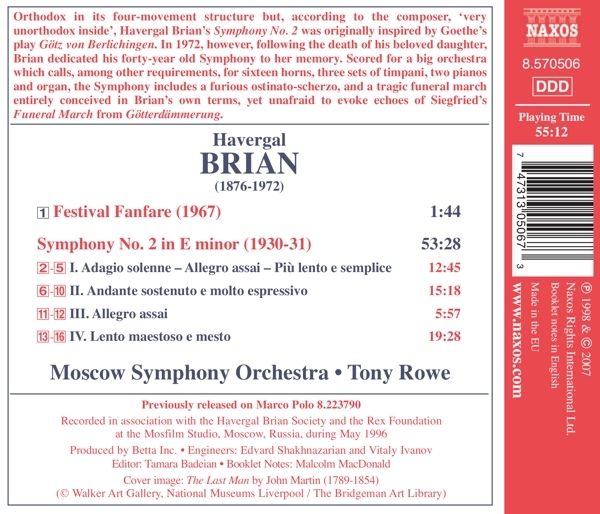 -50%
Havergal Brian (1876-1972)
Symphonien Nr.6 & 16
EUR 15,99**
CD
EUR 7,99*
Orthodox in its four-movement structure but, according to the composer, 'very unorthodox inside', Havergal Brian's Symphony No. 2 was originally inspired by Goethe's play Götz von Berlichingen. In 1972, however, following the death of his beloved daughter, Brian dedicated his forty-year old Symphony to her memory. Scored for a big orchestra which calls, among other requirements, for sixteen horns, three sets of timpani, two pianos and organ, the Symphony includes a furious ostinato-scherzo, and a tragic funeral march entirely conceived in Brian's own terms, yet unafraid to evoke echoes of Siegfried's Funeral March from Götterdämmerung.