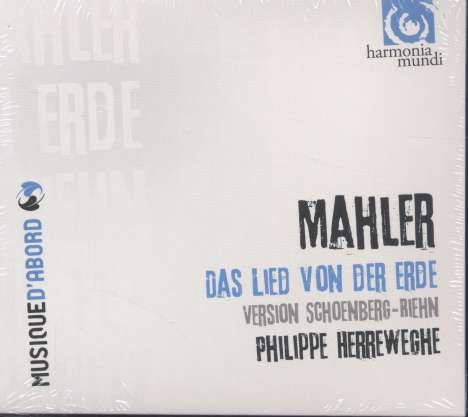 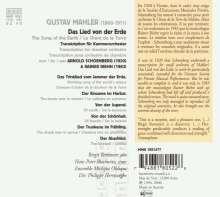 Gustav Mahler (1860-1911)
Das Lied von der Erde
CD
EUR 6,99*
*** Mit Musique d'Abord-Gesamtkatalog
It was in 1920 that Schoenberg undertook a transcription for small orchestra of Mahler's Das Lied von der Erde (a work he particularly venerated), intended for the Viennese Society for Private Musical Performances. But he was unable to complete it, and it was only in 1983 that the musicologist Rainer Riehn took up where Schoenberg had left off and produced a finished version. The result is quite extraordinary: Schoenberg not only managed to reproduce all the original sonorities, he also brought out the extreme density of the score.

This title was released for the first time in 1994.