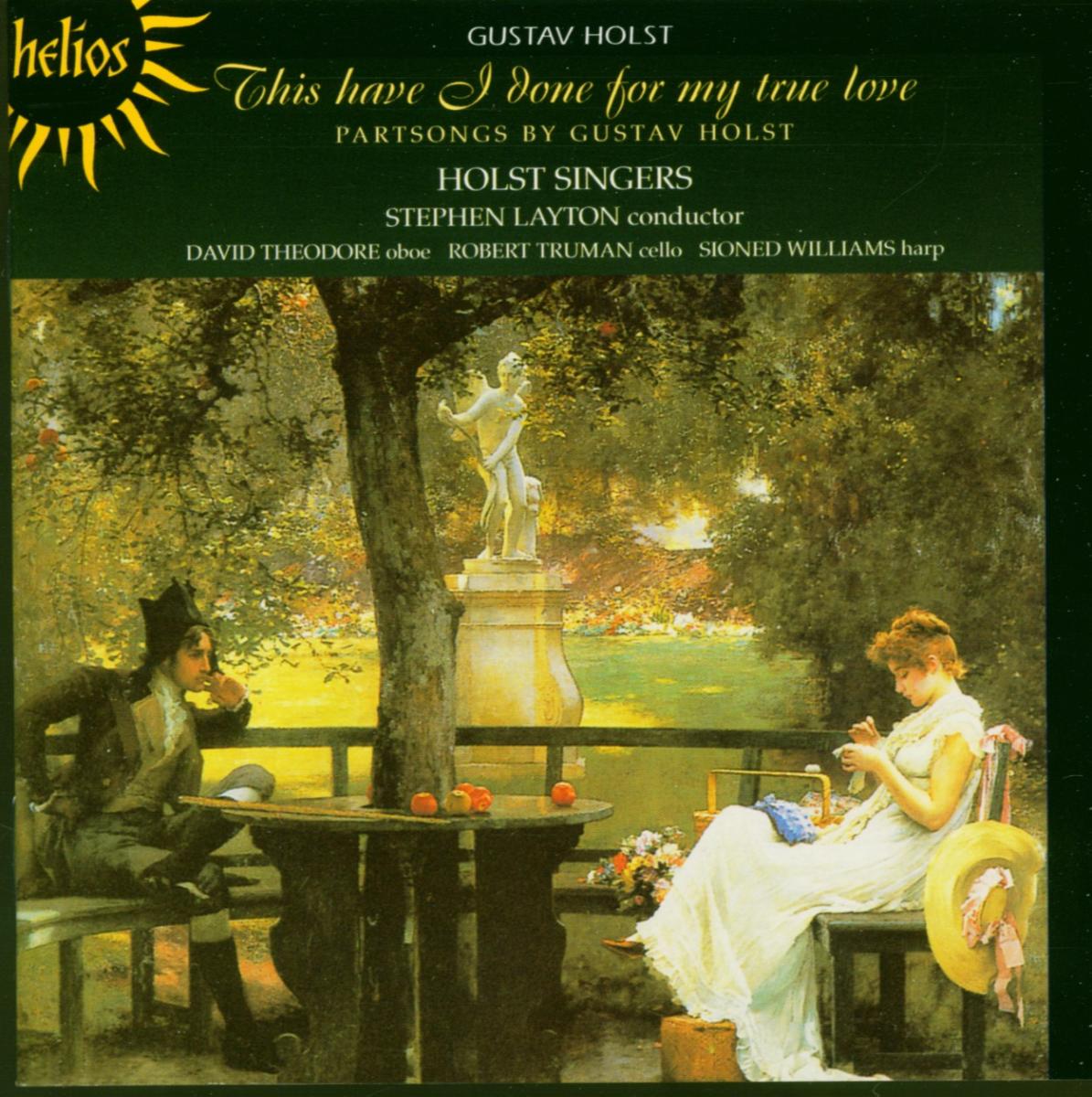 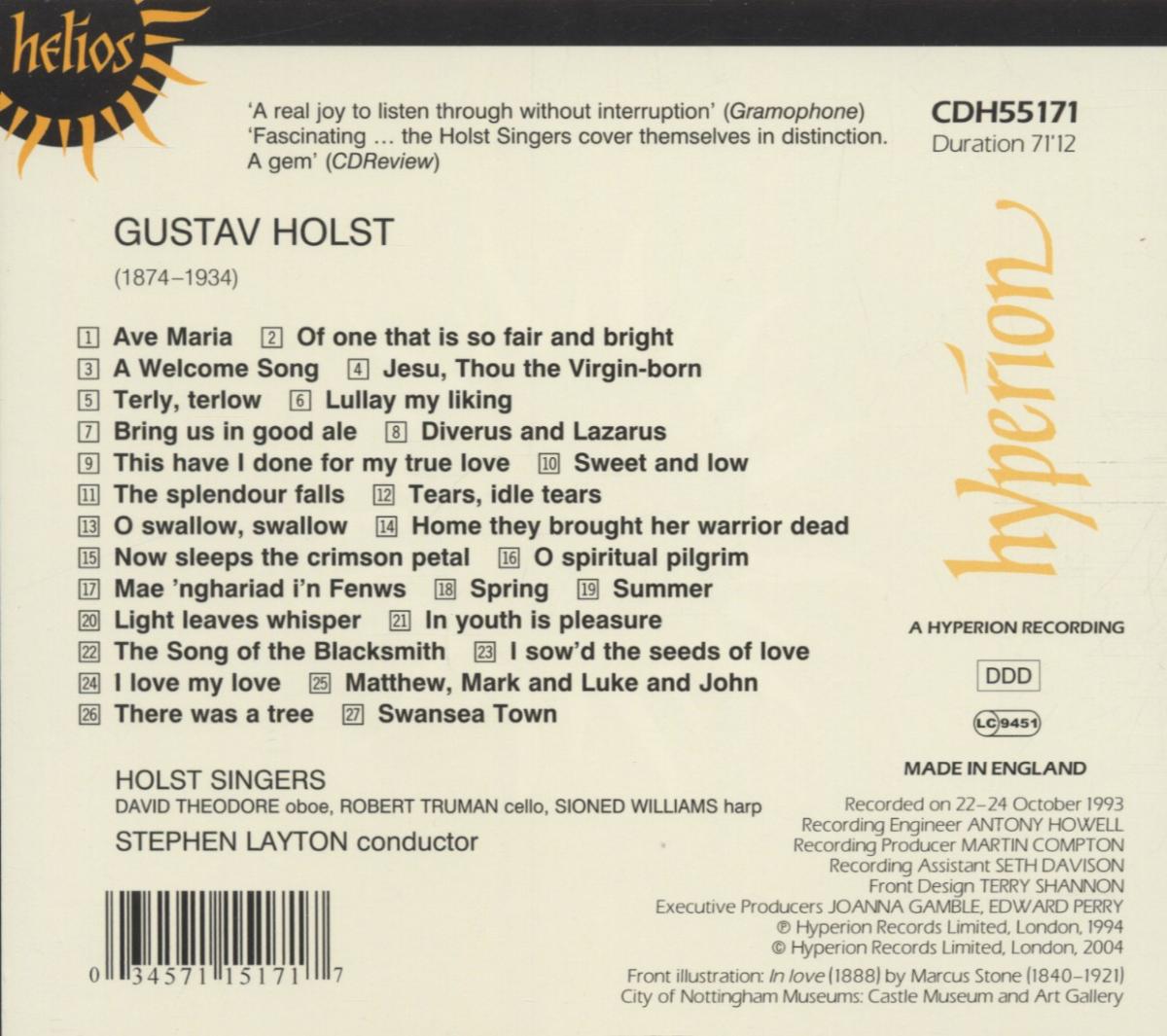 Gustav Holst was closely involved with choral music throughout his career. As a schoolboy in Cheltenham he helped his father with music for church services and soon became a choirmaster himself at two Cotswold villages. He composed anthems and partsongs which won prizes in competitions organized by The Boy’s Own Paper, and then went to London to study at the Royal College of Music where he continued to write partsongs as exercises for Sir Charles Stanford’s composition classes. In 1896 his Light leaves whisper, to words by fellow-student Fritz Hart, won a prize offered by the Magpie Madrigal Society and was performed at Stafford House – his first important premiere. This was also Holst’s first published composition, and although it is in the conventional Victorian manner, with little trace of the individual character of his later works, it shows that he was developing his ability as a composer and could invent and handle contrasting musical materials with confidence.

'Fascinating... The Holst Singers cover themselves in distinction. A gem' (CDReview)

'A real joy to listen through without interruption' (Gramophone)