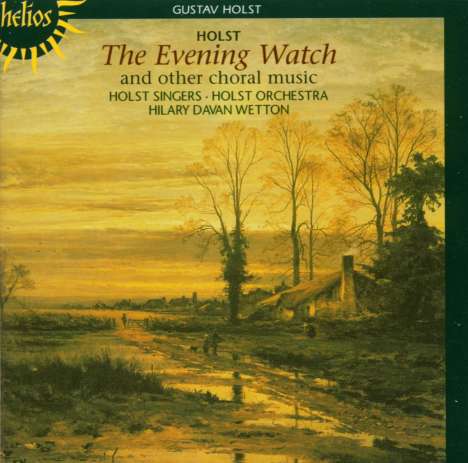 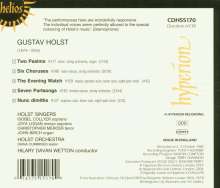 Holst’s Two Psalms, for chorus, string orchestra and organ, H117, were written in 1912 at a time when the composer’s compositional style was undergoing a process of textural and structural refinement. He had recently completed the last of his Sanskrit works, The Cloud Messenger, which had been a complete failure, although his next major composition was to prove extremely successful—the symphonic picture ‘Mars’ for The Planets. Holst composed very little religious music as such, probably as a result of his somewhat ambivalent attitude towards the Church. He found the spiritual aspect enormously appealing, but felt stifled by regimented orthodoxy. Of the current two Psalm settings, that of Psalm 86 is the more striking with its greater textural variety and emotional range, though the beautiful setting of Psalm 148 has a compensating warmth of expression that is rarely found in Holst’s music.

'The performances here are wonderfully responsive. The individual voices seem perfectly attuned to the special colouring of Holst's music' (Gramophone)