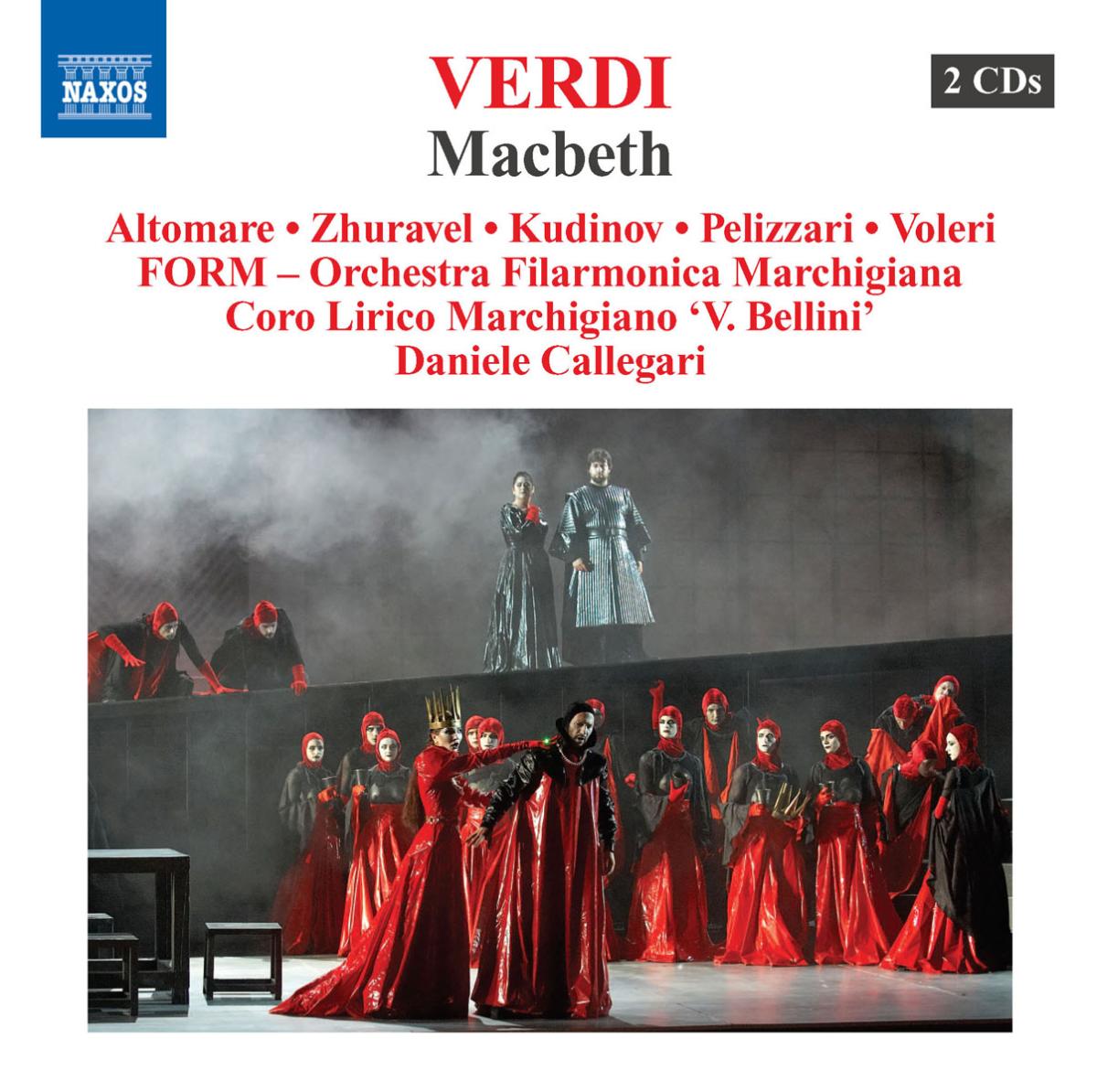 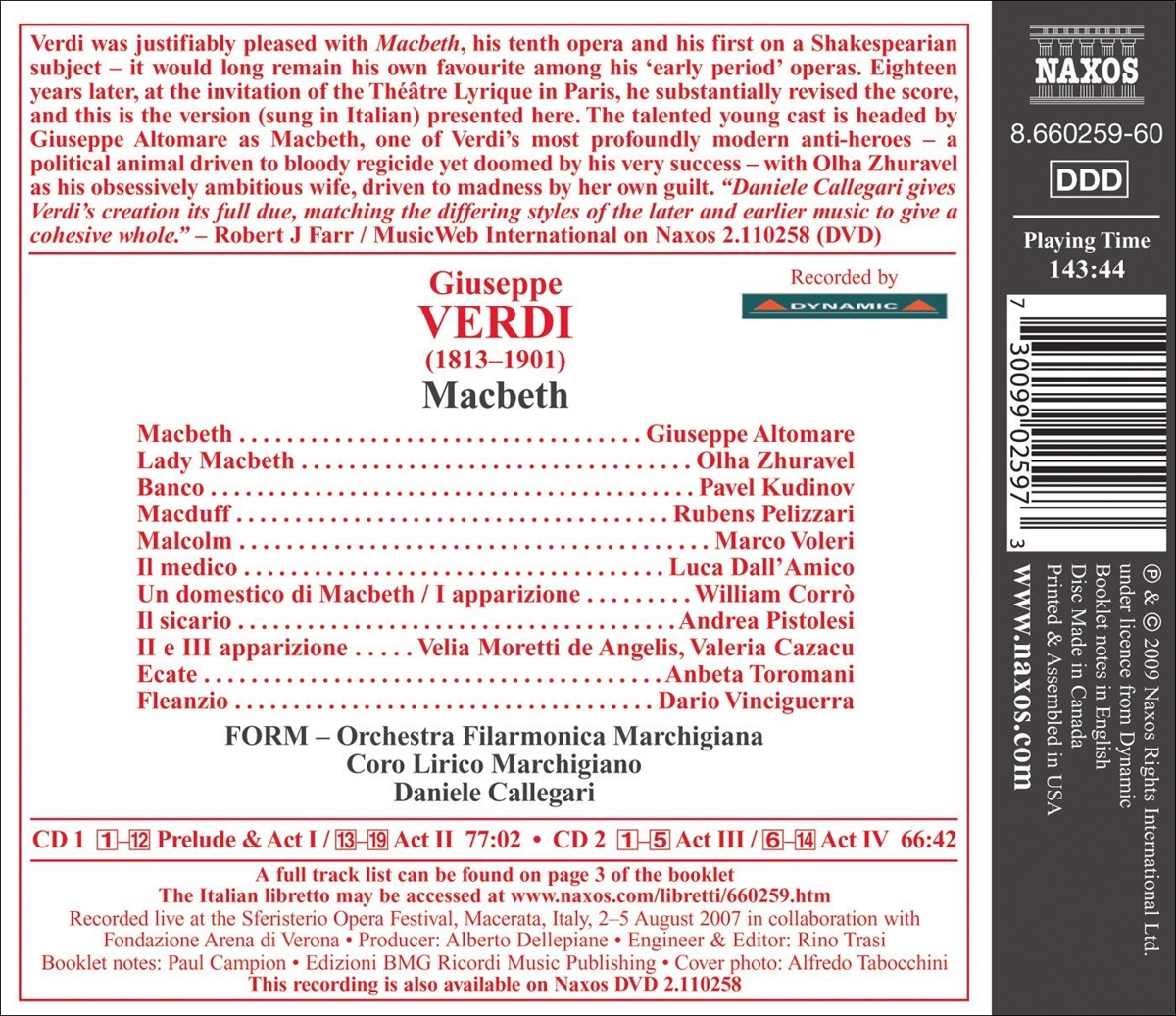 Bewertung:
Nur noch 1 Stück am Lager. Danach versandfertig innerhalb von 1-3 Tagen (soweit verfügbar beim Lieferanten)
EUR 12,99*
Verdi was justifiably pleased with Macbeth, his tenth opera and his first on a Shakespearian subject-it would long remain his own favourite among his 'early period' operas. Eighteen years later, at the invitation of the Théâtre Lyrique in Paris, he substantially revised the score, and this is the version (sung in Italian) presented here. The talented young cast is headed by Giuseppe Altomare as Macbeth, one of Verdi's most profoundly modern anti-heroes-a political animal driven to bloody regicide yet doomed by his very success-with Olha Zhuravel as his obsessively ambitious wife, driven to madness by her own guilt. "Daniele Callegari gives Verdi's creation its full due, matching the differing styles of the later and earlier music to give a cohesive whole." - Robert J Farr / MusicWeb International on Naxos 2.110258 (DVD)"