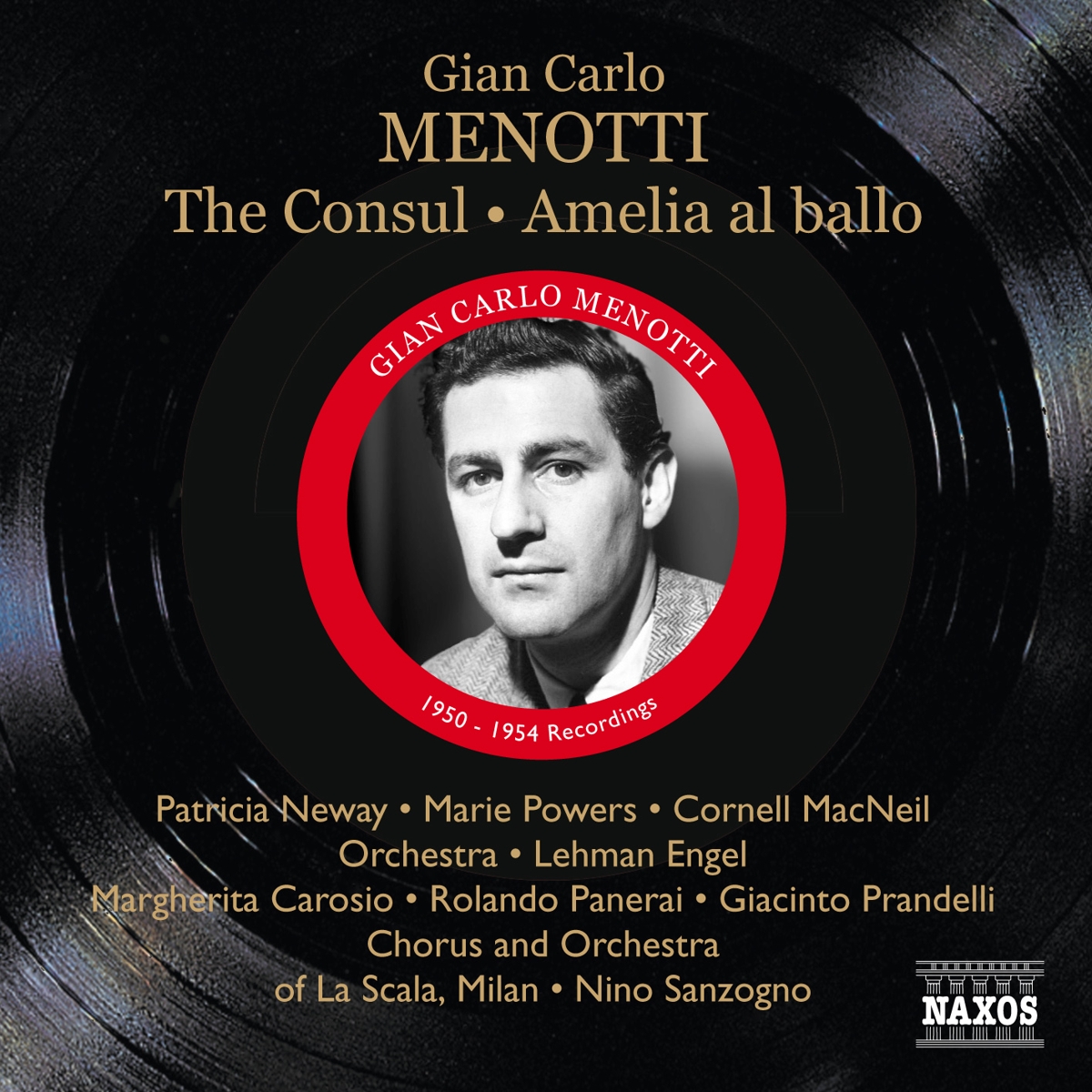 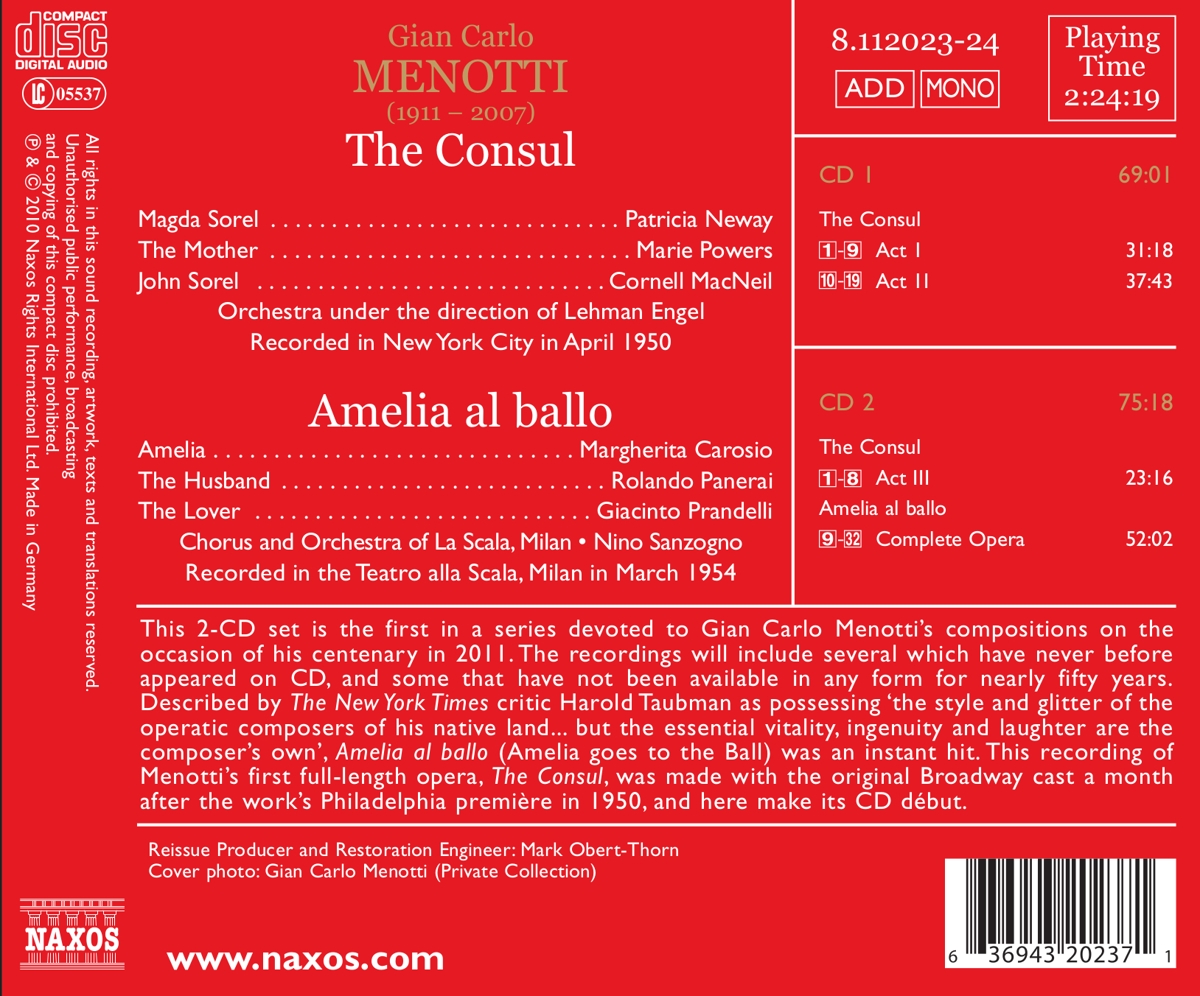 Bewertung:
umgehend lieferbar, Bestand beim Lieferanten vorhanden
EUR 12,99*
Versandkosten
This 2-CD set is the first in a series devoted to Gian Carlo Menotti's compositions on the occasion of his centenary in 2011. The recordings will include several which have never before appeared on CD, and some that have not been available in any form for nearly fifty years. Described by The New York Times critic Harold Taubman as possessing 'the style and glitter of the operatic composers of his native land... but the essential vitality, ingenuity and laughter are the composer's own', Amelia al ballo (Amelia goes to the Ball) was an instant hit. This recording of Menotti's first full-length opera, The Consul, was made with the original Broadway cast a month after the work's Philadelphia première in 1950, and here make its CD début.