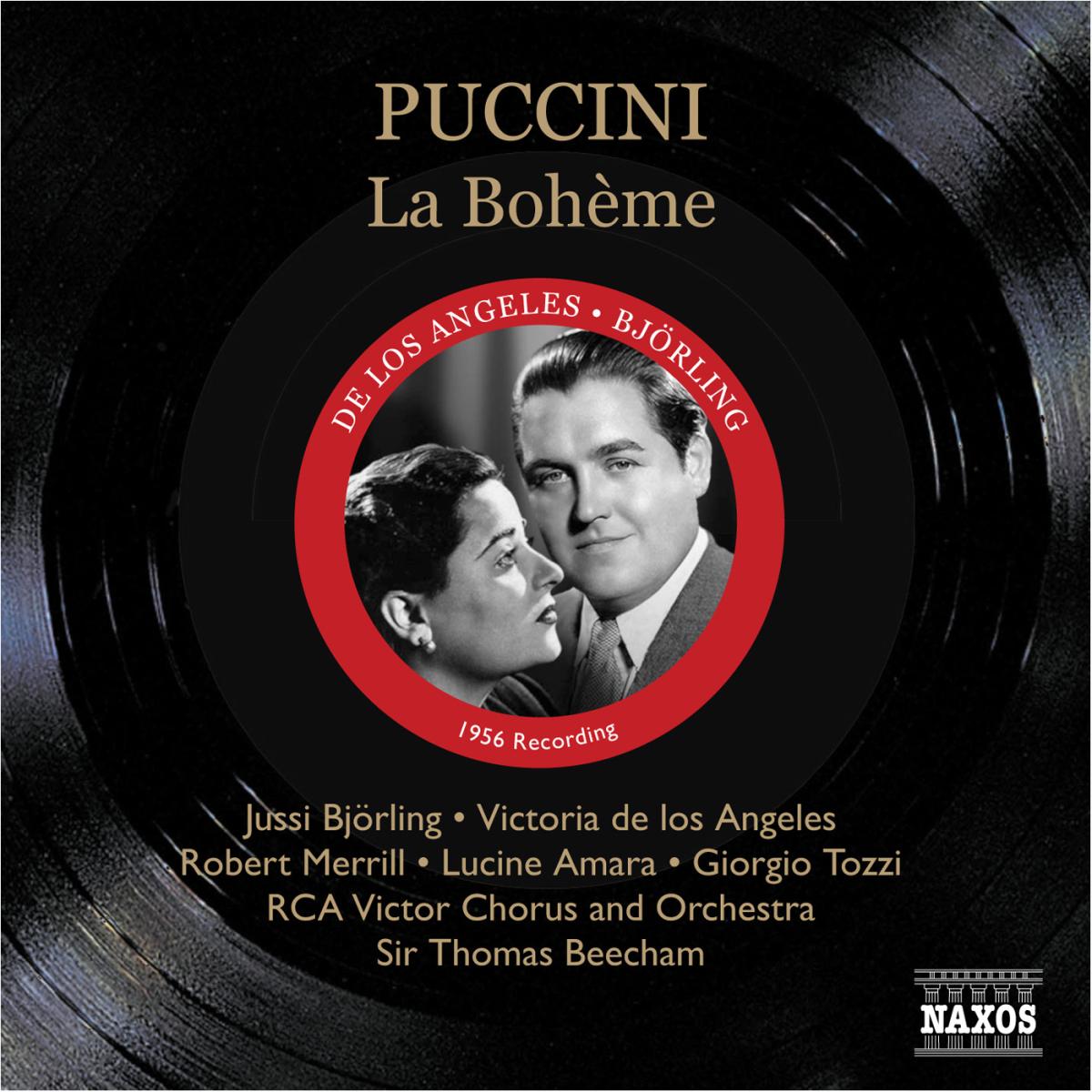 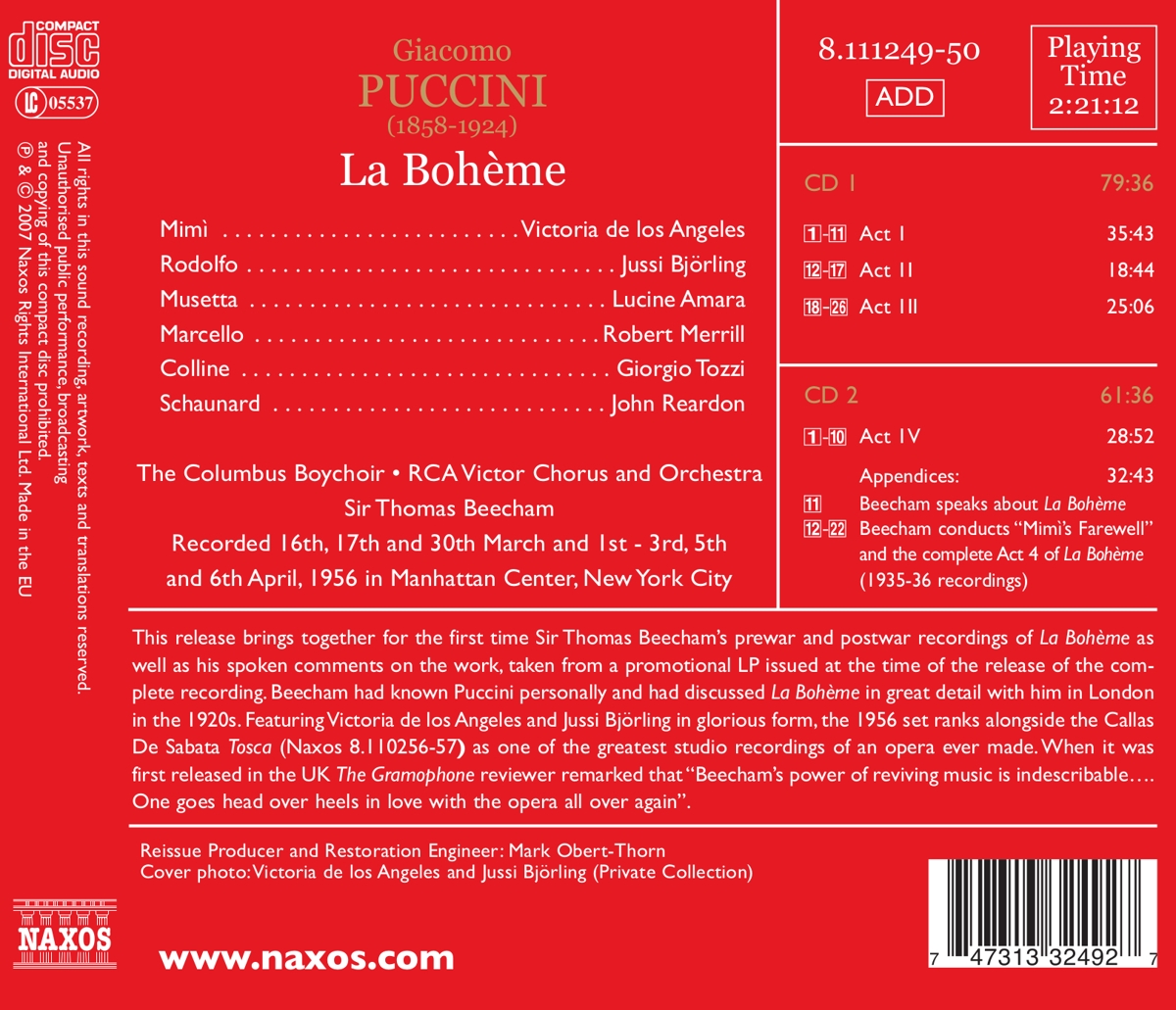 Bewertung:
Nur noch 1 Stück am Lager. Danach versandfertig innerhalb von 1-3 Tagen (soweit verfügbar beim Lieferanten)
EUR 18,99*
Versandkosten
This release brings together for the first time Sir Thomas Beecham's prewar and postwar recordings of La Bohème as well as his spoken comments on the work, taken from a promotional LP issued at the time of the release of the complete recording. Beecham had known Puccini personally and had discussed La Bohème in great detail with him in London in the 1920s. Featuring Victoria de los Angeles and Jussi Björling in glorious form, the 1956 set ranks alongside the Callas De Sabata Tosca (Naxos 8.110256-57) as one of the greatest studio recordings of an opera ever made. When it was first released in the UK The Gramophone reviewer remarked that "Beecham's power of reviving music is indescribable....One goes head over heels in love with the opera all over again"."