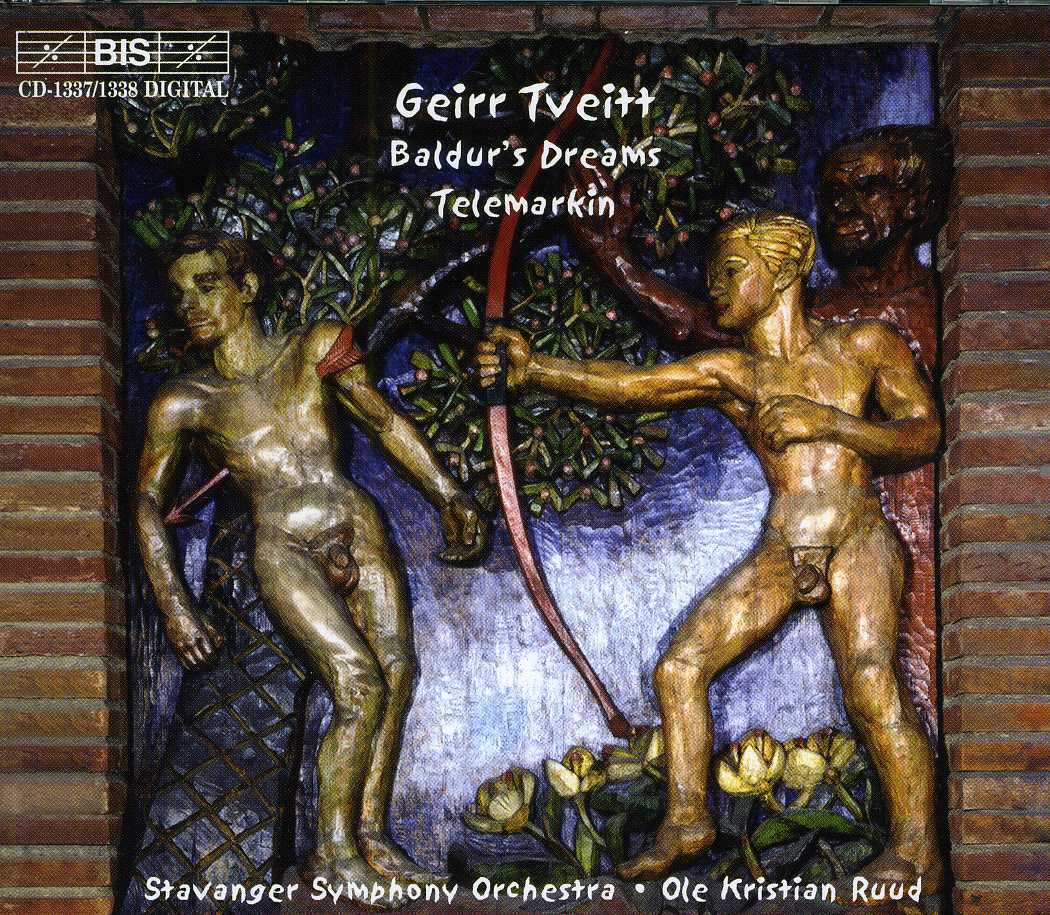 lieferbar innerhalb einer Woche
(soweit verfügbar beim Lieferanten)
EUR 32,99*
Versandkosten
Thanks to previous releases of his music, Geirr Tveitt (1908-1981) is beginning to win some of the recognition that his particular genius deserves. In Baldur’s Dreams (Baldurs draumar) he combined his particular affinity with the folk music of Norway with his life-long fascination for the ancient myths of the Scandinavian peoples in the Edda and other writings.

That we are able to present Baldur's Dreams on CD is something of a miracle. Originally composed as a ballet score in 1935, it was first performed in 1938 and in the following year it reached Paris where the score was performed as an orchestral suite. After this it might have been the turn of the London public to hear the work had it not been for the Second World War. Having been sent to Covent Garden, the score disappeared and Tveitt believed that it had fallen victim to the blitz. He set about reconstructing parts of the score from the piano reduction and various parts of Baldur's Dreams were later performed. (The Sun God Symphony, released by BIS on BIS-CD-1027, actually consists of three reconstructed parts.) Then, in 1970, further misfortune struck: a great fire destroyed Tveitt's home together with most of his scores. But such was the legendary importance of Baldur's Dreams that the charred remains of what was believed to be a reconstructed score were carefully collected and photographed. In due course it transpired that the burnt score was actually the original one believed to have disappeared in London! It was now possible to reconstruct the original Baldur's Dreams – the work we hear on this recording.

Subtitled "A symbolic play for dance and orchestra", Baldur's Dreams is scored for three vocal soloists and a narrator as well as large orchestra. (The orchestra includes nine pentatonically tuned drums especially made for the performance of this work.) In this pioneering recording the soloists are headed by star soprano Solveig Kringelborn and the Stavanger Symphony Orchestra is directed by Norway's leading conductor Ole Kristian Ruud. There is an important fill-up in the form of Telemarkin, a cantata for voices, Hardanger fiddle and orchestra. This recording is surely destined to make an important contribution to our understanding of Norwegian music.

‘The rediscovery of the music of Geirr Tveitt remains one of the more exciting things happening in the world of classical music recordings, and this new release may be the most fascinating find of all…Fine solo singing and demonstration-quality sound complete an irresistible package that will provide countless hours of pleasurable listening. It doesn't get better than this.’ Classicstoday. com