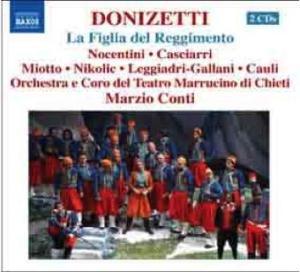 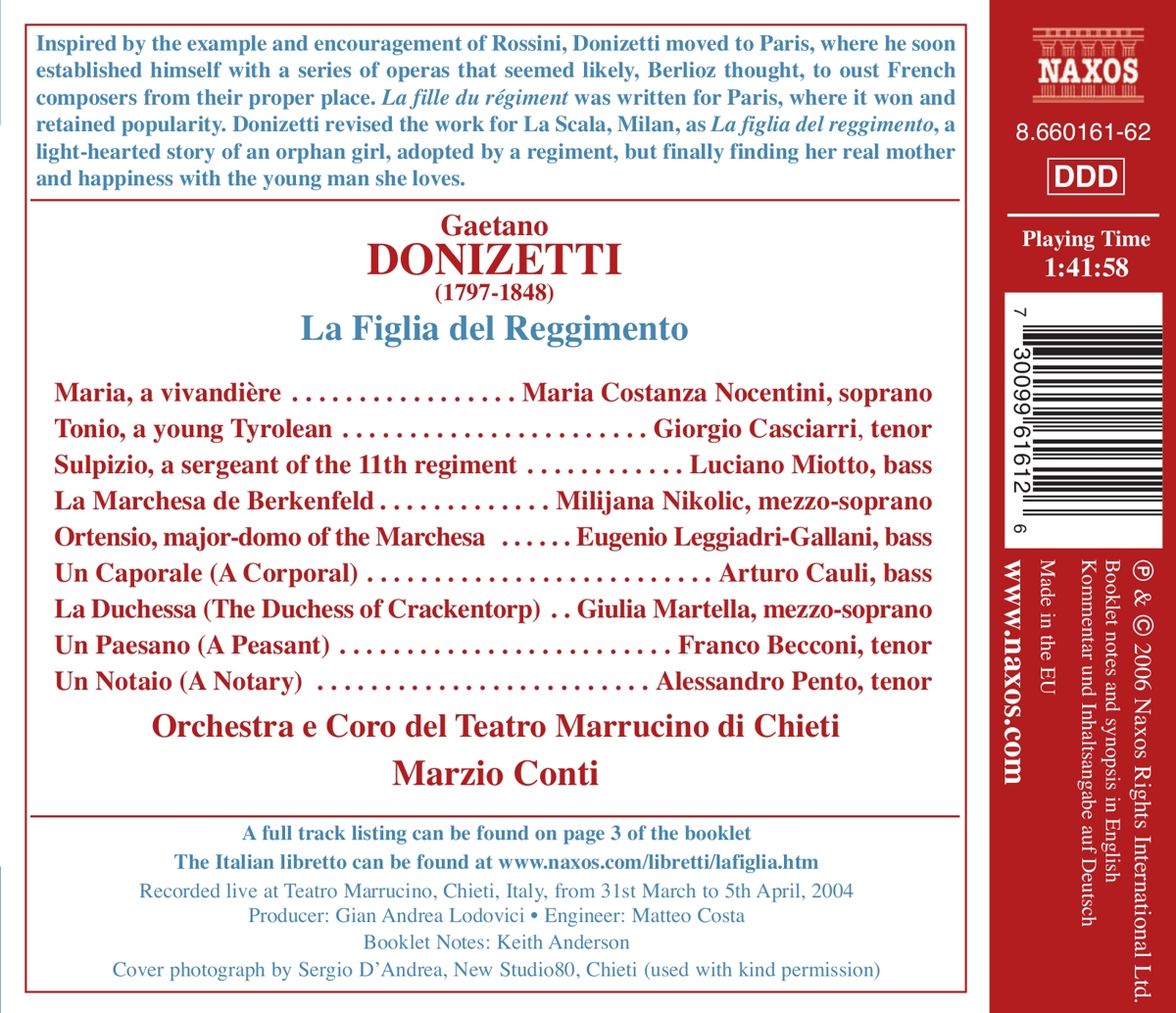 Bewertung:
Artikel am Lager
-61%
EUR 12,99**
EUR 4,99*
Naxos Vielfalt supergünstig
Inspired by the example and encouragement of Rossini, Donizetti moved to Paris, where he soon established himself with a series of operas that seemed likely, Berlioz thought, to oust French composers from their proper place. La fille du regiment was written for Paris, where it won and retained popularity. Donizetti revised the work for La Scala, Milan, as La figlia del reggimento, a light-hearted story of an orphan girl, adopted by a regiment, but finally finding her real mother and happiness with the young man she loves.