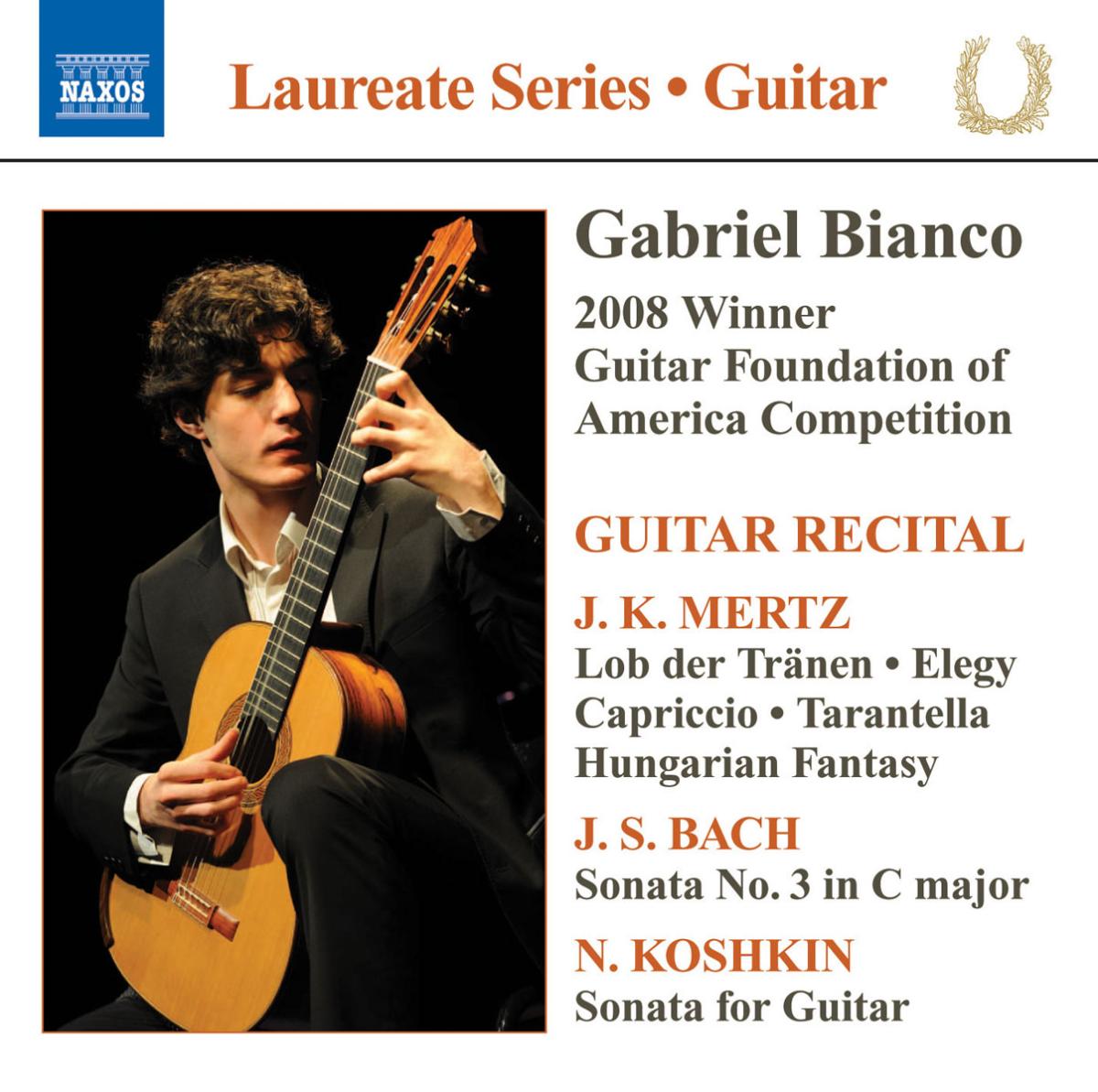 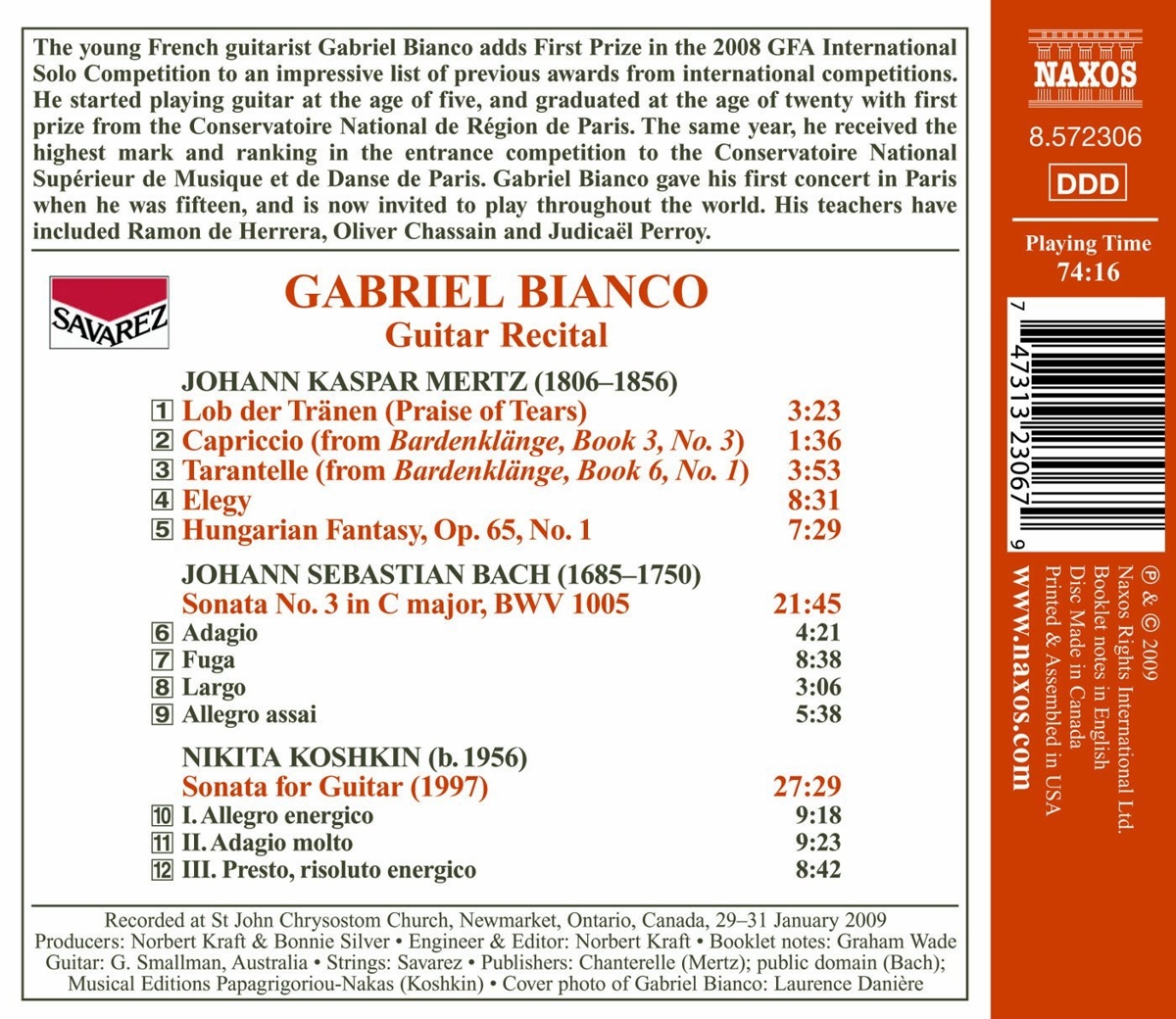 The young French guitarist Gabriel Bianco adds First Prize in the 2008 GFA International Solo Competition to an impressive list of previous awards from international competitions. He started playing guitar at the age of five, and graduated at the age of twenty with first prize from the Conservatoire National de Région de Paris. The same year, he received the highest mark and ranking in the entrance competition to the Conservatoire National Supérieur de Musique et de Danse de Paris. Gabriel Bianco gave his first concert in Paris when he was fifteen, and is now invited to play throughout the world. His teachers have included Ramon de Herrera, Oliver Chassain and Judicaël Perroy.