Fredrik Pacius: The Princess of Cyprus (in schwedischer Sprache) 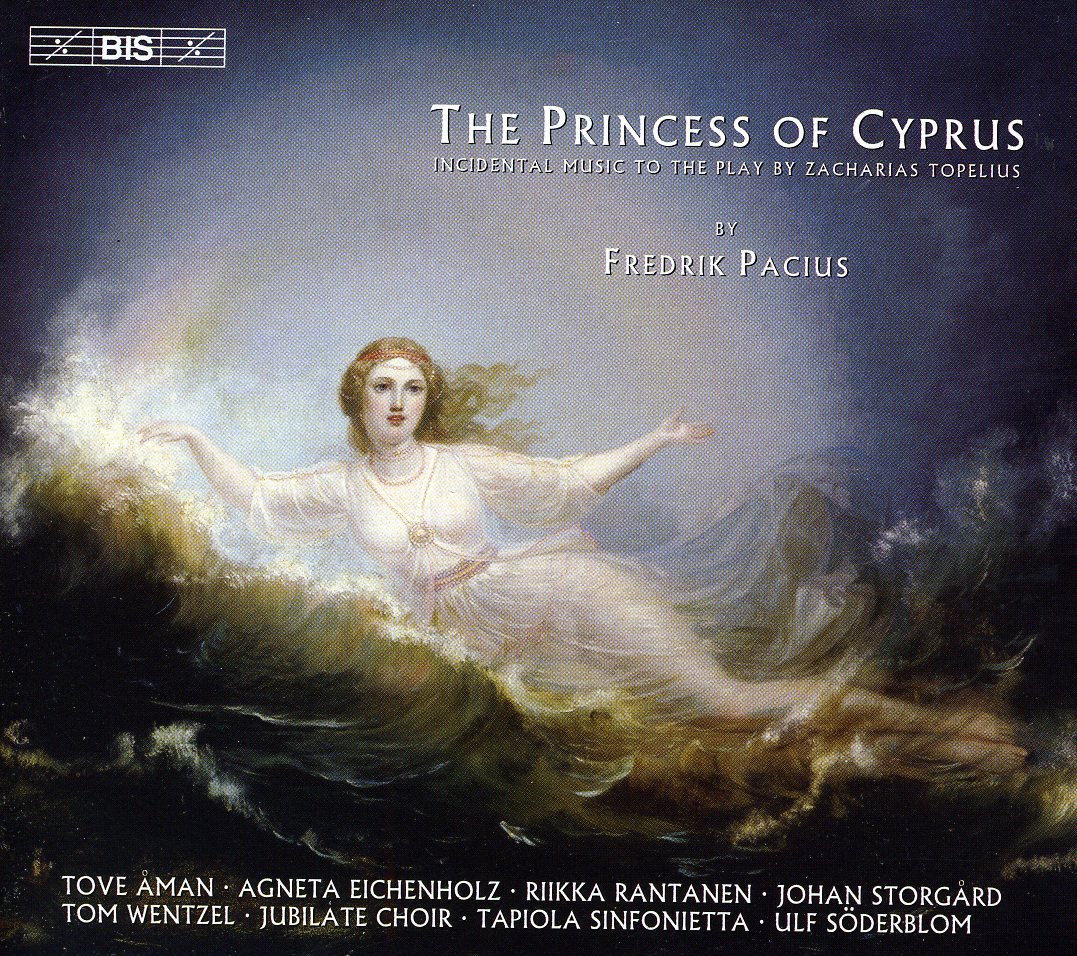 Fredrik Pacius (1809–91), the »Father of Finnish music« – and the composer of the Finnish national anthem! – was actually a German by birth and musical training. But he embraced the Finnish cause and did much to give the emergent Finnish identity musical expression, combining the German Romanticism of his heritage with Finnish folk music.

Even by the usual standards of opera the plot is improbable; an extraordinary mixture of Greek myth and episodes from Kalevala, the great epic poem of Finnish legends. Yet the Princess of Cyprus has a place in musical history in being one of the first attempts to use the inspiration of Kalevala in music – something to which Sibelius later brought his own unique genius.

The CD is packaged in an attractive slipcase, with works of art related to the period, and with a separate booklet giving the full libretto in the original Swedish, with English and Finnish translations.