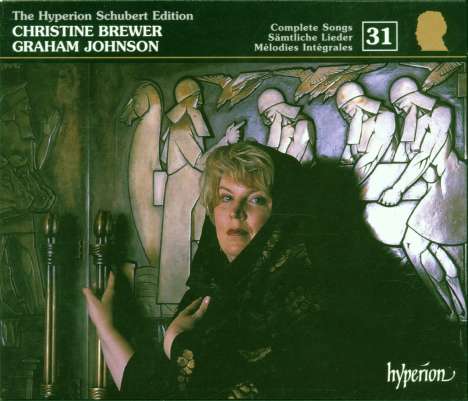 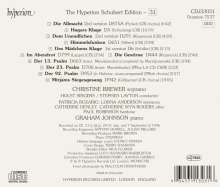 This thirty-first issue in The Hyperion Schubert Edition presents a programme of Schubert’s religious music. While the composer’s own religious stance might best be described as ‘ambivalent’, he nonetheless turned to religious texts throughout his short life. Here we have the mighty ballads Hagars Klage (in which Hagar, concubine to Abraham, laments her exile in the desert) and Mirjams Siegegesang (which sees the prophetess Miriam rejoicing in the Israelite camp after Pharaoh and all his troops have been drowned in the Red Sea). The latter work includes a sizeable role for chorus. A particular curiosity is the setting of Psalm 92: written for baritone and chorus, this is the only example of Schubert using a Hebrew text. The second version of Die Allmacht is a fragment for chorus (here performed in a completion by the late Reinhard van Hoorickx and Dietrich Knothe) for chorus and shows the exuberant and celebratory side of the composer when addressing a text so full of praise.

'An amazing disc in this matchless series – Unmissable' (Classic Express)