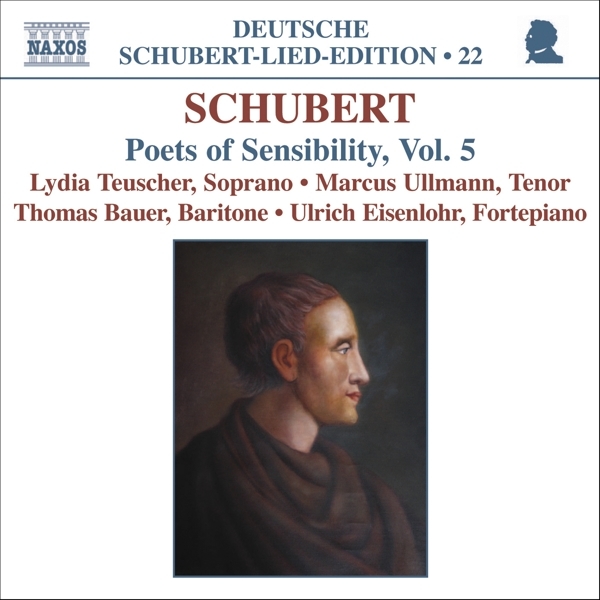 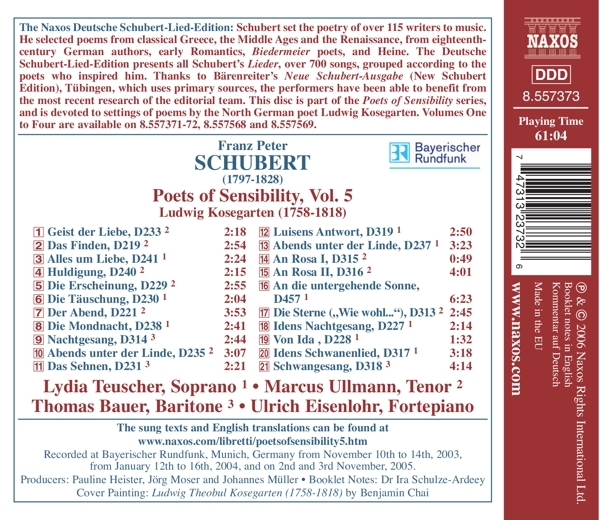 Bewertung:
Artikel am Lager
-70%
EUR 9,99**
EUR 2,99*
Naxos Vielfalt supergünstig
*** Naxos Schubert-Lied Edition Vol.22
The Naxos Deutsche Schubert-Lied-Edition: Schubert set the poetry of over 115 writers to music. He selected poems from classical Greece, the Middle Ages and the Renaissance, from eighteenth-century German authors, early Romantics, Biedermeier poets, and Heine. The Deutsche Schubert-Lied-Edition presents all Schubert's Lieder, over 700 songs, grouped according to the poets who inspired him. Thanks to Bärenreiter's Neue Schubert-Ausgabe (New Schubert Edition), Tübingen, which uses primary sources, the performers have been able to benefit from the most recent research of the editorial team. This disc is part of the Poets of Sensibility series, and is devoted to settings of poems by the North German poet Ludwig Kosegarten. Volumes One to Four are available on 8.557371-72, 8.557568 and 8.557569.