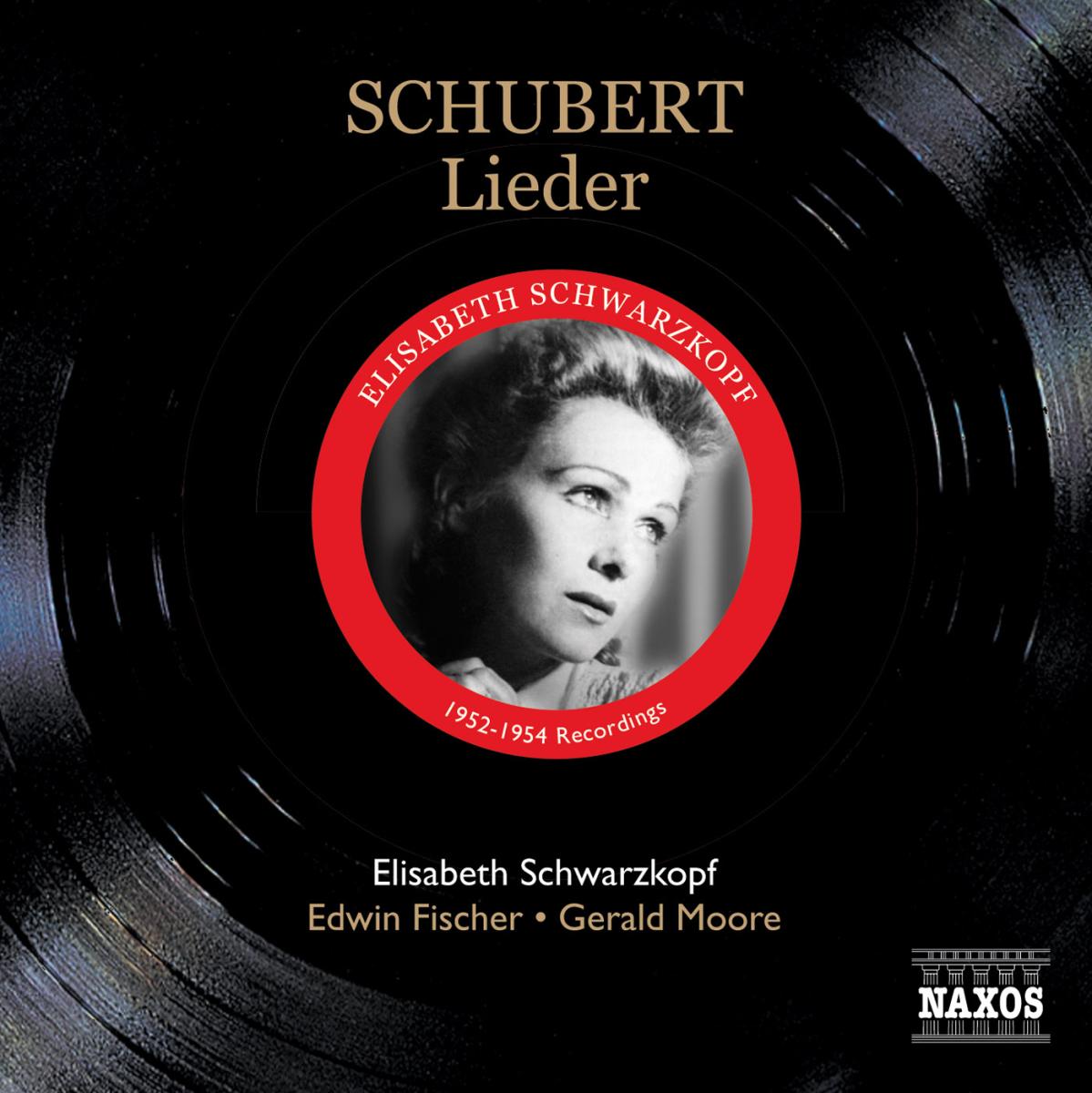 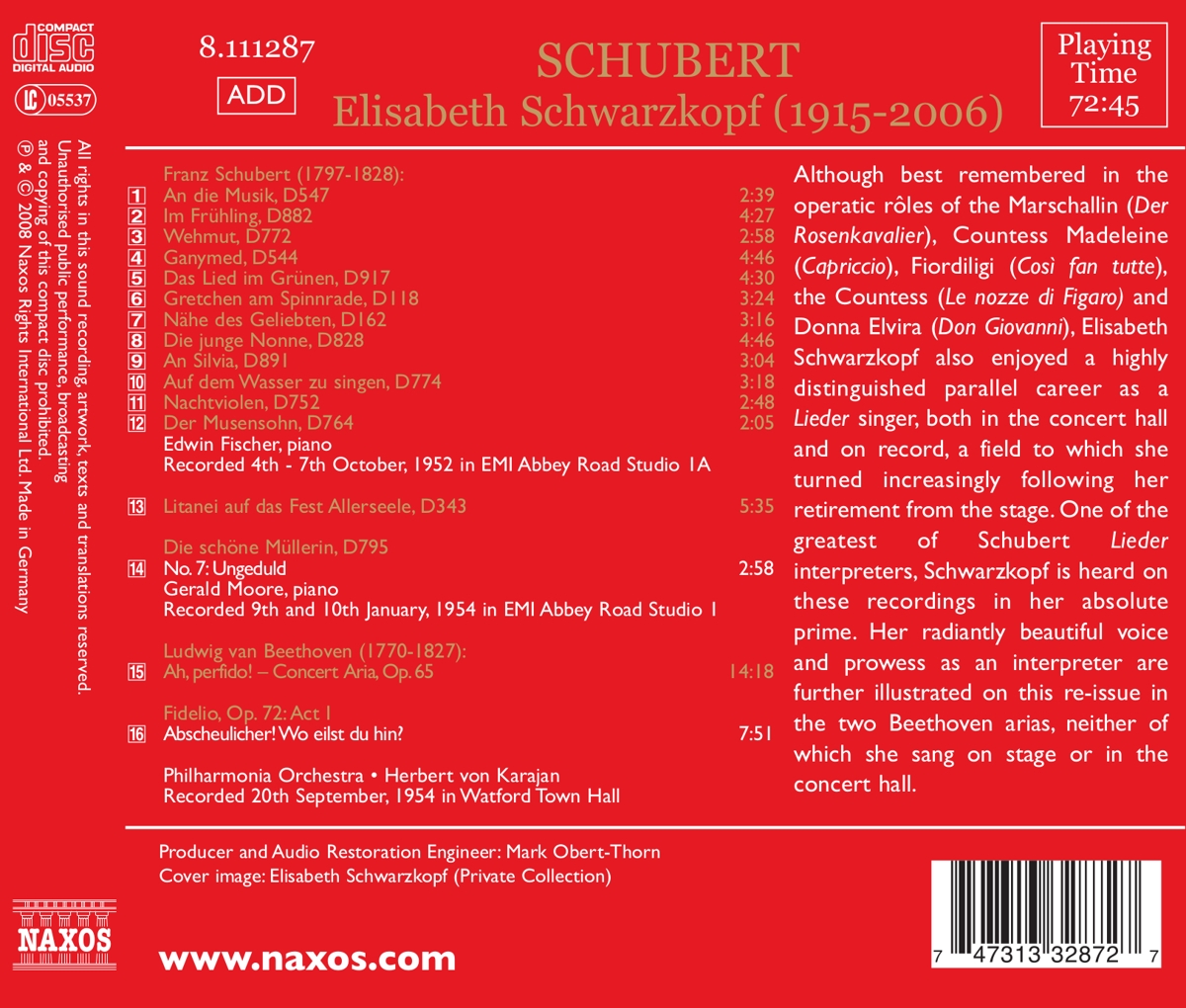 Bewertung:
umgehend lieferbar, Bestand beim Lieferanten vorhanden
EUR 7,99*
Versandkosten
Although best remembered in the operatic rôles of the Marschallin (Der Rosenkavalier), Countess Madeleine (Capriccio), Fiordiligi (Così fan tutte), the Countess (Le nozze di Figaro) and Donna Elvira (Don Giovanni), Elisabeth Schwarzkopf also enjoyed a highly distinguished parallel career as a Lieder singer, both in the concert hall and on record, a field to which she turned increasingly following her retirement from the stage. One of the greatest of Schubert Lieder interpreters, Schwarzkopf is heard on these recordings in her absolute prime. Her radiantly beautiful voice and prowess as an interpreter are further illustrated on this re-issue in the two Beethoven arias, neither of which she sang on stage or in the concert hall.